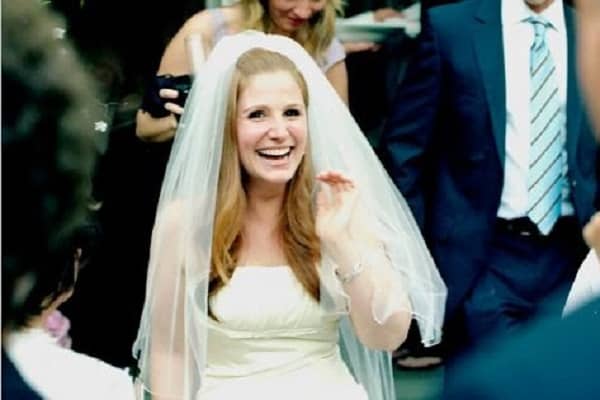 Henry Winkler is one of America’s most well-known television personalities. Winkler has worked in the film industry as an actor, comedian, producer, and director for more than four decades.

He rose to notoriety after portraying Arthur “Fonzie” Fonzarelli in the television series Happy Days. He received two Golden Globe awards and three Emmy nods for his role as Fonzie. Winkler is currently working on his latest movie, Barry, in which he plays Gene Cousineau.

With his wife of over forty years, Stacey Weitzman, Henry Winkler is the proud father of two children and a step-son. Zoe Emily Winkler is his daughter, and he has a son, Max Winkler, and a step-son, Jed Weitzman. Take a look into the life of Henry Winkler’s daughter, Zoe Emily Winkler, who used to work as a primary school teacher, in this article.

Zoe Winkler, the eldest child of actor Henry Winkler and Stacey Weitzman, was a nursery school teacher for a time before becoming an actress. She chose to become a primary school teacher after graduating from Marymount University. For nearly a decade, Winkler taught children in a school in Santa Monica, California. Zoe Winkler, Henry Winkler’s daughter, is currently an active activist.

Zoe Winkler is the co-founder of the This Is About Humanity social campaign. It’s a campaign that Winkler founded in 2018 with the help of two of her friends, Elsa Collins and Yolanda Selene Walther-Meade. When asked what inspired her to become a social activist by a reporter from SALT Magazine, Henry Winkler’s daughter stated she saw her own children in the faces of children being separated from their parents at the border.

The initiative started by Zoe and a friend aims to raise awareness about children and families who are separated or reunited at the border. Her parents are unquestionably proud of her.

Despite his celebrity, Henry never missed Zoe’s PTA meetings. Due to their hectic schedules, many famous kids around the world have celebrity parents who rarely attend their PTA meetings. In the instance of Henry Winkler’s daughter, Zoe Emily Winkler, however, this is not the case. Despite being a celebrity, Zoe’s father, Henry, never missed her PTA meetings while she was a child, according to numerous online sites.

Furthermore, Henry, Zoe’s loving and responsible father, was present when she received her driver’s license. Zoe is privileged to be the daughter of such a caring father.

Since 2009, the lovely Zoe Emily Winkler has been married to the well-known actor Rob Reinis. When Zoe was teaching at Circle of Children preschool in Santa Monica, California, they met in 2005. Elana Rose, the mother of one of her students, introduced her to Rob Reinis. Since then, the two kind and gorgeous grownups have begun to meet frequently and have developed feelings for one another.

On their first date, Henry Winkler’s daughter, Zoe Winkler, and Rob Reinis bonded over a desire for a close-knit family. The couple’s relationship has been on the rocks since November 2007. They stopped speaking, and Reinis went to Winkler one day and told her that he didn’t see them having a future together. Zoe, on the other hand, was certain that she wanted to marry Reinis.

Despite their official breakup, Zoe and her future husband, Rob, kept their conversation going. Reinis went to Zoe Winkler’s door shortly after her mother, Stacey, underwent a double mastectomy after resurfacing her breast cancer, giving solace and Chinese cuisine.

Reinis was ready to propose to his girlfriend, Zoe, by July 2008. But first, he wanted to obtain Zoe’s parents’ approval, which he did successfully. Rob then proposed to Zoe by leaving a ring box on her pillow and waiting for her to wake up at 7 a.m. He popped the question, and Zoe enthusiastically replied, “Yes!” to her love. And on June 27, 2009, the long-term boyfriend-girlfriend couple married for the first time.

The Winkler home’s back garden was the setting for the couple’s wedding ceremony. Rabbi Kenneth Chasen of the Leo Baeck Temple in Los Angeles officiated their wedding ceremony in front of 270 guests. Ron Howard, Henry Winkler’s co-star, and Jonah Hill, who grew up with Zoe and her brothers, were among the attendees.

With Rob Reinis, she is the mother of three sons.

Zoe Emily Winkler, the daughter of legendary actor Henry Winkler, is a social activist who does more than merely conduct campaigns for underprivileged children. Rather, she and her husband, Rob Reinis, are the proud parents of three gorgeous sons. Ace Reinis, the couple’s eldest son, was born in 2012. In 2015 and 2017, they welcomed their second and third sons into the family, respectively.

Zoe Winkler Reinis, a proud mother of three, frequently posts images of her sons on her social media profiles. Based on the images, it appears that Zoe and her partner, Rob, are doing an excellent job of raising their children, and the family of five is living happily.

Zoe Emily Winkler is a name with a meaning.

Zoe’s first name is of Greek origin, and it means “life.”