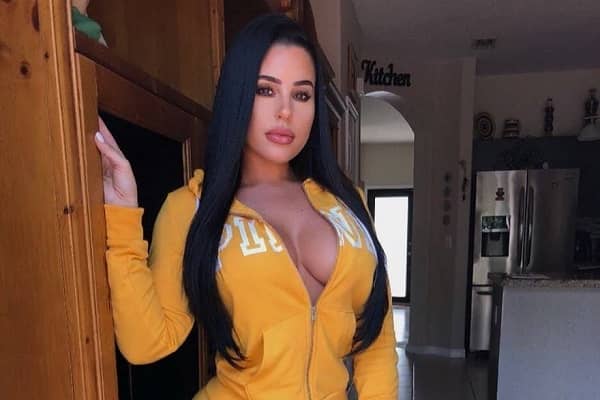 Cartel Crew on VH1 is an American reality television show that follows the children of drug cartel members as they attempt to build a name for themselves outside of the drug trade. The reality show debuted in January 2019, and season 3 premiered on June 7 after an almost two-year layoff.

Stephanie Acevedo is a prominent cast member of the show who has been with it since the beginning. Acevedo has been creating a name for herself in the music industry as a method to break away from the cartel life.

Learn more about her childhood and professional life.

Aceveda was born in Miami on October 11, 1990. She is the daughter of one of Miami’s most known drug smugglers and is of Puerto Rican and Cuban origin. When she was eight years old, her father was sentenced to six years in prison and several years of probation.

Gloria, her mother, took care of the family while her father was in prison. However, the family was going through a difficult time financially at the time. Despite her father’s criminal history and the impact it had on her family, the 30-year-old has continued to move on.

Regardless of the hardship, she does not wish to conceal it because it is something she has experienced.

Aceveda is still protective of her father, despite what he done, and she can’t bear it when others mistreat him. On December 10, 2019, tensions occurred when Nicole Zavala suggested that Acevedo’s father might have received a reduced sentence because he snitched to the Feds in an episode of the VH1 series titled ‘New York, Old Secrets.’

Acevedo was not pleased with this. The situation was addressed just as she was going to face Zavala when Zavala apologized to Acevedo. She addressed the same issue on Instagram as well. She added that she is not hesitant to give anyone a second chance, and that her father, too, is deserving of one.

The Musical Adventures of Acevedo

The reality television star’s love for music began at an early age. She had always desired to be a singer and had participated in numerous talent events as a child. In order to improve her skills, the Latina vocalist took various classes and attended courses.

She altered her concentration totally after high school when she decided to pursue a medical degree. She earned an associate medical degree with a specialization in ultrasound from Miami Dade College.

After graduation, the singer pursued her childhood passion of becoming a musician, saving her medical degree as a backup plan.

In January 2015, the singer got signed to Lil Wayne’s record company, Young Money Entertainment. Wayne had promoted her by posting a cover of Leona Lewis’ “Bleeding Love” on his YouTube site.

The singer shared the story of how she came to be linked with such a large record label in an interview with Dr. Miami five years ago. Acevedo revealed that she met Wayne through a common friend and that they had been friends for a few years. She recorded something in her studio while playing with her music and sent it to Wayne for input. The ‘How to Love’ singer was completely taken aback and quickly requested a studio session with her, and the rest is history.

Acevedo was featured in the song “Crystal Ball” on Wayne’s “No Ceilings 2” album. She was also a part of Wayne’s TRUKFIT apparel brand’s limited edition t-shirt line. Acevedo’s resignation from Wayne’s music label was rumored in late 2019, but neither party has acknowledged the information.

In October 2017, she published her first track, ‘Acércate,’ on the rapper’s YouTube account. She’s published other songs since then, including ‘Boom Boom’ and ‘Te Equivocaste.’ ‘Un Beso,’ her most recent song, was released in May 2020.

When it comes to her musical idol, the Latina singer grew up listening to Selena Gomez. Selena had had a huge influence on both her life and her music. Acevedo is presently working on Cartel Crew in addition to her singing career. She’s back for Season 3, which premieres new episodes every Monday at 9/8c on VH1.