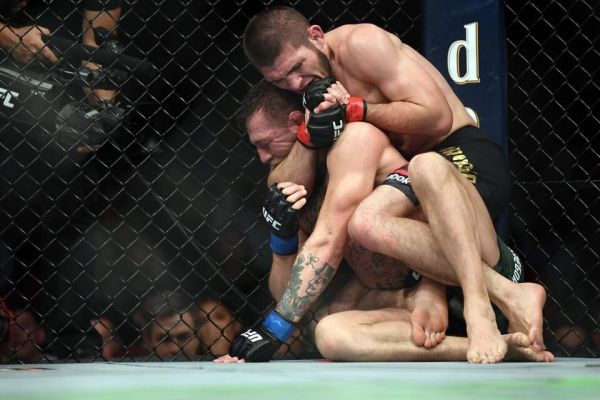 The Ultimate Fighting Championship (UFC) is the world’s largest MMA promotion company. Along with its worldwide popularity, it has some of the best fighters.

Fighters are also well compensated. As the sport’s popularity grows, some fighters earn millions of dollars and have some of the highest paychecks in sports.

In addition to their large salary, they have endorsement deals with a variety of brands. As a result, their total net worth increases.

Keeping these factors in mind, we’ve compiled a list of the wealthiest UFC fighters. Here, we’ll look at their net worth to see who has the most money.

So, without further ado, let us get started on the list.

The following list was compiled with the assistance of various reliable internet sources such as News18, WealthyGorilla, and others. However, before we get into the list, take a look at the rankings in the table below.

Randy Couture is a former UFC champion, a former U.S. Army sergeant, an actor, a mixed martial artist, and a Greco-Roman wrestler. He ranks tenth among the richest UFC fighters with a net worth of $17 million.

He was known in the ring for combining his wrestling skills to execute takedowns and repeatedly strike the opponent on the bottom. Similarly, he combined a variety of skills, making him one of the best UFC fighters.

Couture has a mixed record in the UFC. He is the first of the seven fighters to hold UFC championship titles in two different divisions, and he is tied for the most wins in UFC Heavyweight Championship bouts.

He retired from the UFC in 2011 and is a member of the UFC Hall of Fame. Couture is also the oldest champion in MMA history and the only UFC fighter to win a championship after being inducted into the Hall of Fame.

The UFC is one of the most well-known sports leagues in the world, and many great fighters have competed in its ring. Click here to learn more about the top UFC fighters!

Wanderlei Silva, a Brazilian-American mixed martial artist fighter, is ranked ninth on our list. He is worth $18 million in total. In 1998, he made his UFC debut at UFC Brazil: Ultimate Brazil.

Silva served in the Brazilian army before joining Vale Tudo, a Brazilian jiu-jitsu school. His aggressive fighting style, combined with street brawling, Muay Thai, and kickboxing, aided in his rise through the UFC ranks.

Similarly, following his debut in UFC Brazil, he made his PRIDE debut at Pride7 in 1999. Following that, he gradually began to dominate the organization. Silva signed with UFC in 2007 after a successful run in PRIDE.

He received his American citizenship in 2016. His ruthless fighting style has elevated him to the ranks of UFC fighters. However, his UFC career was cut short when he refused to submit to drug tests.

The Nevada State Athletic Commission banned Silva for life and fined him $70,000 in 2014. Even though his lifetime ban was lifted in 2015, he was released from his UFC contract the following year.

Fedor Emelianenko, a Russian mixed martial artist, is the next richest UFC fighter on our list. He shares a net worth of $18 million with Wanderlei Silva. He is a Zambian judoka as well as a former UFC fighter.

Emelianenko began his professional career with the Russian Top Team. Then he made his RINGS debut before joining the Pride Fighting Championships. However, he is best known for his time in MMA, where he made his debut in 2000.

Fedor Emelianenko is the heavyweight champion.

Similarly, the fighter is known for notable victories over two Olympic medalists, four former UFC champions, and others. Despite a successful run, Emelianenko decided to take a break.

Anderson Silva ranks seventh on our list of the richest UFC fighters. He shares a net worth of $18 million with Wanderlei Silva and Fedor Emelianenko. Silva is a Brazilian-American MMA fighter and former UFC fighter.

Beginning his career in the welterweight division in Brazil, he debuted in PRIDE and Cage Rage before making his UFC debut. Silva signed a multi-fight contract with the UFC in 2006 and made his debut at Ultimate Fight Night 5.

Silva, a stand-up fighter who specialized in Muay Thau, boxing, and taekwondo, set numerous UFC offensive striking records. As a result, Silva is widely considered to be one of the best strikers in MMA history.

He also holds the record for the longest Middleweight Champion title reign in UFC history, with 2,457 days. Similarly, Silva won 16 consecutive races during this period. He left the UFC in 2020 to pursue a boxing career.

The UFC has many memorable fights that are fan favorites. Few, however, are regarded as the best in UFC history. Read about the best UFC fights by clicking here!

BJ Penn comes in second, with a net worth of $22 million. He is a professional MMA fighter and a Brazilian Jiu-Jitsu practitioner. The UFC fighter is widely regarded as one of the best competitors in the organization’s history.

He began his mixed martial arts career in 1997 when he began practicing Brazilian Jiu-Jitsu. He then became the first non-Brazilian to win the World Jiu-Jitsu Championship’s black-belt division in Rio de Janeiro.

Penn drew the attention of the UFC after this huge accomplishment. On May 21, 2001, he made his first UFC appearance after signing with the organization. His abilities quickly elevated him to the top of the main roster.

Similarly, given his abilities, Penn became only the second fighter in UFC history to win titles in multiple weight classes. He also held the titles of UFC Lightweight and UFC Welterweight Champion.

Dana White, the president of the Ultimate Fighting Championship, credits him with bringing the lower-weight divisions into the mainstream of mixed martial arts. Penn was inducted into the UFC Hall of Fame’s Modern-era wing in 2015.

Brock Lesnar is well-known as a WWE wrestler, but he is also a former MMA fighter, amateur wrestler, and professional football player. He joined MMA in 2007. He ranks fifth among the richest UFC fighters with a net worth of $28 million.

In 2008, Lesnar made his MMA debut in UFC 81: Breaking Point. He established himself as a dominant fighter in the UFC from the start of his career. He won his UFC Heavyweight Championship by technical knockout against Randy Couture at UFC 91.

ESPN magazine named Lesnar the best fighter in MMA and the highest-paid athlete in 2011. However, due to his diverticulitis, he retired from MMA the following year.

Despite having previously announced his retirement from MMA, Lesnar returned to the UFC in 2015. He did, however, fail the UFC’s drug test and tested positive for clomiphene. As a result, he was fined, and he retired from MMA for the second time in 2017.

Lesnar is a twelve-time world heavyweight champion, having won titles in WWE, NJPW, and MMA. He is currently signed as a free agent with WWE. Lesnar is considered one of the greatest professional wrestlers of all time.

George St. Pierre ranks fourth on our list of the richest UFC fighters. The fighter has a net worth of $30 million and is widely regarded as one of the best fighters in MMA. At UFC 46, he made his UFC debut.

He was defeated in his first debut match. On the other hand, St. Pierre won his next match by technical knockout in 1:42 of the first round.

He rose through the ranks to become a two-division UFC champion, winning titles in the welterweight and middleweight divisions. St. Pierre is also known for training in a variety of gyms with a variety of groups.

At the time of his retirement, he held the record for most title wins and the second longest combined title streak in UFC history.

In 2013, he announced his retirement. St. Pierre returned to the UFC in 2017 after retiring as the reigning Welterweight Champion.

With a net worth of $30 million, Khabib Nurmagomedov ranks alongside Geroge St. Pierre as one of the richest UFC fighters. He is a former Russian professional MMA fighter and UFC fighter.

Khabib is widely regarded as the greatest lightweight fighter in MMA history. He had sambo, judo, and wrestling training. He made his professional MMA debut in 2008. He had four victories within a month of his debut.

In 2011, the UFC signed Nurmagomedov to a six-fight contract in the lightweight division. His UFC debut came at UFC on FX 1, where he defeated Kamal Shalorus.

Similarly, he went on to win the UFC title, becoming the first Muslim fighter to do so. He was also the longest-reigning UFC Lightweight Champion. At the time of his retirement, Nurmagomedov had 29 wins and no losses.

At the time of his retirement, he was ranked first in the UFC men’s pound-for-pound rankings. Despite his retirement from the UFC, he continues to work as a mixed martial arts coach and cornerman.

Rorion Gracie is a co-founder of the UFC and a Brazilian-born Gracie Jiu-Jitsu Grand Master. With a net worth of $50 million, he is the second richest UFC fighter on our list. He is also a writer, producer, publisher, and lecturer.

Gracie is widely credited with introducing Gracie/Brazilian Jiu-jitsu to the United States. In addition, he is one of only a few people in the world who holds a 9th-degree red belt in Brazilian Jiu-Jitsu.

UFC was founded in 1993 by Gracie and promoter and business executive Art Davie. He gathered seven martial artists of various styles to compete in a single-elimination tournament.

He also enlisted the help of his brother Royce to represent the family in the tournament. Royce, despite being the smallest competitor, demonstrated the Gracie family’s Gracie Jiu-Jitsu style admirably.

Gracie is not only one of the richest UFC fighters; he is also one of the world’s richest athletes in all sports.

And Conor McGregor takes the top spot as the richest UFC fighter. He is an Irish MMA fighter competing in the UFC’s Lightweight division. Similarly, he is one of the world’s highest-paid athletes.

Forbes named McGregor the highest-paid athlete in 2021, with reported earnings of $180 million. He debuted in the lightweight division the following year after making his MMA debut in 2007.

McGregor also competes in the featherweight and welterweight weight classes. Conor McGregor is one of the biggest names in the UFC. As a result, he attracted the largest pay-per-view crowd in MMA history.

Similarly, he has headlined five of the six most-sold UFC pay-per-view events. His main event with Khabib Nurmagomedov drew 2.4 million pay-per-view viewers, while his boxing match with Mayweather drew 4.3 million.

Aside from his large salary, McGregor has several endorsement deals worth $7 million. He also owns a pub, The Black Forge Inn, and has launched Proper No. Twelve Irish whiskeys.

They have bled and sweated in the Octagon. As a result, their hard-earned pay is well-deserved, and they are the richest UFC fighters. 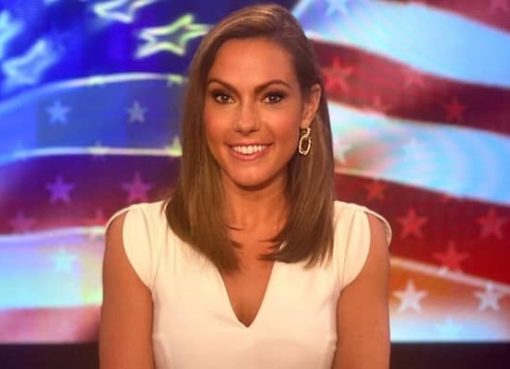 Lisa Boothe’s Boyfriend revealed. She is not single anymore and might even get married soon!

Lisa Boothe is a well-known American journalist and one of the country's most famous television personalities. She is the one who has gained incredible popularity as well as something far more valuabl
Read More 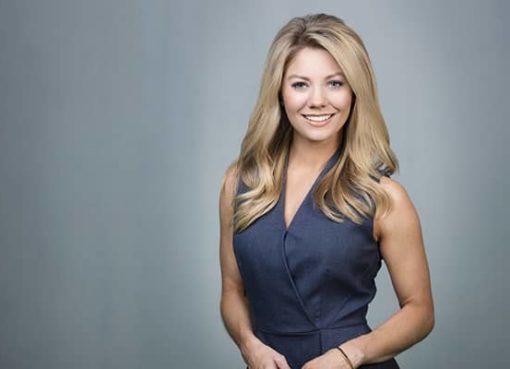 Jadiann Thompson is a four-time Emmy Award-winning journalist who joined WHDC-TV lately (NBC-7). Jadiann Thompson Dating, Relationships The lovely anchor is yet to tie the knot. She doesn't have a b
Read More 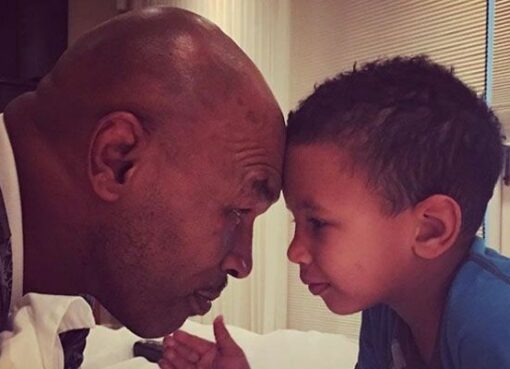 Morocco Mike Tyson's child with Lakiha Spicer, Elijah Tyson, was born on January 25, 2011. He brought delight and joy to his parents' life with his birth. Morocco's father, Mike Tyson, is a former Am
Read More