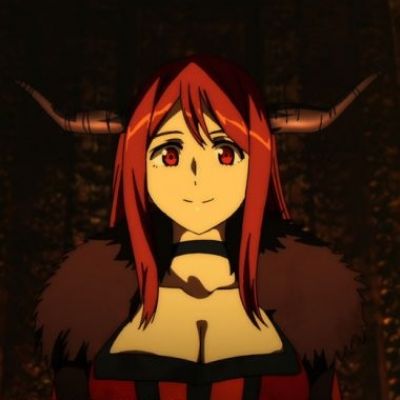 Fallen Angel, Lord of Evil, Wicked One, Lord of Darkness… Satan is referred to by a variety of names. And he’s reimagined over and over in anime, sometimes even as a woman! Characters occasionally resemble the Accursed One only in name, while others adhere to his Biblical description religiously (pun intended).

Many anime and other media depictions of Satan humanize him, putting a twist on the black–and-white dichotomy of good versus evil. To satisfy your satanic curiosity, check out our updated list of 10 demon lords and self-proclaimed Dark Rulers.

We don’t get to see Lucifer in this one, but we do get a lot of information about him. The setting is eerily similar to that of Solomon’s Testament. This was a story purporting to be written by King Solomon himself, detailing his deals with demons in order to build the Temple of Jerusalem.

Solomon summons the demons in the anime because he is lonely because he’s cruel father David does not love him. Solomon is given the authority to choose who will rule Hell in the absence of Lucifer.

Many of the demons go to war with one another after Solomon dies in order to gain power, but Lucifer’s awakening puts an end to years of resentment and malice. We only see a door open with white feathers pouring out of it, but not a single demon continues to fight or argue. Lucifer doesn’t even have to say anything; he simply returns everyone to his control. T

here are no points for presentation, but having such a large amount of power is worth something! If this is still too enigmatic for you, you can always read the manga to see Lucifer for yourself and learn more about him.

Satania, as she is known, is the self-proclaimed next Queen of Hell, who claims that all evil exists to serve her. Satania is always trying to prove how evil she is, but Gabriel’s disgust for anything that doesn’t benefit her puts her to shame. Satania doesn’t have a legitimate claim to the throne of hell, but she won’t tell anyone else! Her heinous deeds are at best minor transgressions, but she genuinely tries to be the best demon she can be.

Sirzechs Lucifer is the new name for Sirzechs Gremory, who was previously known as Sirzechs Gremory. The 4 Great Satans, titles given to the demons with the greatest and most formidable power, are under Lucifer’s control. Despite his evil name, he is a good demon who uses his abilities to fight for what he believes in and to protect those he cares about.

While he used to fight the angels, he now realizes that peace is better for both sides and that lives do not need to be lost.

7. Lucifer from Hataraku Maou-Sama! (The Devil is a Part-Timer!)

We looked at Satan/Sadao Maou in our last article about Satan/Lucifer, but this time we’ll look at the nefarious Lucifer! While he is not the most powerful demon, he shares the same origins as the Biblical Lucifer, who was expelled from Heaven and turned into a demon. Lucifer plots an attack on Satan in order to be allowed back into the holy realm, but he is unable to defeat the Demon King.

After that, he relaxes and lazes around Sadao’s house, attempting to dupe his host into doing things so Lucifer doesn’t have to. He’s very self-serving, despite the fact that he doesn’t have the power to get everything he wants.

Satan, the ruler of European Hell, appears to be a frightening and nefarious figure. He requests a meeting with Lord Enma of Japanese Hell, with the secret goal of learning about his flaws and absorbing Japanese Hell into his domain.

He hadn’t counted on Lord Enma’s right-hand man, Hozuki, being pure horror. While Satan’s hell appears to be filled with monsters and fire, Hozuki’s hell appears to be too much. While he lacks a fighting spirit, his appearance alone makes him a worthy addition to the list.

Sai Akuto had always aspired to be a high priest so that he could help anyone who needed it. Instead, he is told that his destiny is to become the new Demon Lord and destroy the world’s peace. At this revelation, he appears to ‘fall’ in the eyes of his peers, much like Lucifer did when he fell from Heaven alone and was shunned. At first, he does everything he can to fight his fate and prove he isn’t the next doomsday prophet.

Later on, he realizes that his power is required to rebel against ‘God’ and to save humans from the horrible fate that God has decreed for them. He is charismatic, powerful, and a master of destruction.

You may also like to read about David Bromstad coming out as a gay! He had an 8-year-long relationship. How did he meet his partner? Learn details here!

4. Beelzebub from Beelzebub-jou no Okinimesu mama. (As Miss Beelzebub Likes.)

Beelzebub is the name of the fair lady who preside over the affairs of Hell, and is often associated with Satan. She has a tendency to slack off and enjoys lounging and playing with soft things, but she is a strong leader, and everyone accepts her as the acting ruler due to Satan’s absence. Myurin, her assistant, admires her but is quick to point out her less-than-ideal habits, such as sleeping naked. God cast her out of heaven as well, but she works to improve the lives of her people. She might be the cutest fallen angel in recent memory.

While many of our other Satans and Lucifers are comic relief or at the very least one-dimensional, Lucifer in Shingeki no Bahamut exudes a sense of royalty as well as mystery. Many of his subjects perceive him as arrogant and dismissive, and he speaks down to his subordinates, but he has tender feelings for his servant Azazel. He despises humanity and angels, which is understandable for a King of Demons whose people have been victimized by them.

He does, however, have a violent side, as evidenced by Azazel calling him a coward for refusing to go to war, and Lucifer punishing Azazel by smacking him extremely hard. He prefers to wait and see how events unfold before acting, and he has no desire to help those who are suffering.

In a modern setting, Ryo Asuka makes such an intriguing Satan. He, like the others on our list, was cast out of heaven by God, but he isn’t a sympathetic character. He’s a ruthless, monstrous creature who revels in death and destruction.

He wants to extinguish humanity not out of hatred, but because demons appear to be a better option, despite the fact that he dislikes them as well.

He only cares about Akira, whom he loves so much that he will only change his narrow viewpoints after it is too late. Ryo adored Akira above all else but couldn’t stop killing people even though it hurt Akira, just as Lucifer was said to love God but eventually rebelled because he couldn’t respect God’s wishes. Ryo’s Satan form features six pairs of wings on his back, breasts, and male genitalia, making him both terrifying and beautiful.

Lucifer from Sin: Nanatsu no Taizai tops our list as the main character with such a strong connection to the Devil as he is portrayed throughout the Bible.

The most obvious difference is that she is a woman, but Lucifer is also said to be beautiful, and it appears that gender doesn’t seem to matter to angels and demons. We see her fall from grace (and her boobies) as well as the prideful attitude that caused her to be cursed to become a demon right away.

She despises most of life and only wants to defeat the other deadly sins so that she can do whatever she wants and be free of anyone else’s control. Her greatest desire is to be free, but she is willing to kill anyone to achieve it.

She has a soft spot for her servants, despite the fact that she can be nasty and physically abusive to them. Nanatsu no Taizai follows the plotline of “God is the real villain,” but it’s a wild ride. All the other hot demons have a thing for Lucifer and are constantly trying to play with her boobs, which is a nice bonus for us.