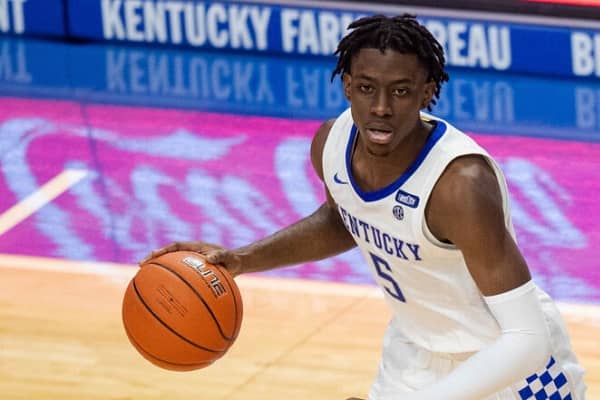 TERRENCE CLARKE, A FORMER KENTUCKY BASKETBALL PLAYER, HAD A DREAM OF PLAYING IN THE NBA. BUT IT REMAINED AS HE DIED IN A CAR CRASH IN LOS ANGELES ON THURSDAY AT THE YOUNG AGE OF 19.

He was driving home from a workout with BJ Boston, a former teammate. Boston was in the car behind Clarke’s and was unharmed. Boston and Clarke both signed with Klutch Sports to pursue their NBA dreams.

Clarke, who was just 19 years old at the time, was a promising NBA prospect who had just declared for the draft. ESPN’s Adrian Wojnarowski also shared the news on Twitter.

He wrote, “Terrence Clarke, a Kentucky freshman guard headed for the NBA Draft, died following a car accident in the Los Angeles- area this afternoon, Klutch Sports CEO Rich Paul tells ESPN. Clarke’s mother was at his side when he passed on Thursday. He was 19 years old.”

Clarke’s agent Rich Paul confirmed the news to ESPN. “We are saddened and devastated by the tragic loss of Terrence Clarke. He was an incredible, hard-working young man,” Paul said. “He was excited for what was ahead of him and ready to fulfill his dreams.”

According to WKYT, the NBA Draft prospect was killed in a car accident after working out with BJ Boston, according to a source.

They also checked the news with the Los Angeles Police Department’s Valley Traffic Division.  The crash occurred at 2:10 p.m. on Winnetka Avenue, according to the sergeant.

“I am absolutely gutted and sick tonight. A young person who we all love has just lost his life too soon, one with all of his dreams and hopes ahead of him. Terrence Clarke was a beautiful kid, someone who owned the room with his personality, smile, and joy. People gravitated to him, and to hear we have lost him is just hard for all of us to comprehend right now. We are all in shock.” – Kentucky head coach John Calipari.

Terrence had chosen Kentucky over other colleges

“I CHOSE KENTUCKY BECAUSE OF THE LEGACY,” CLARKE SAID WHEN HE SIGNED WITH KENTUCKY. I want to be a part of this history and leave my mark on a program that has helped other players reach their full potential in college and maximize their time at Kentucky. Looking back at players like Devin Booker, Shai Gilgeous-Alexander, Jamal Murray, Tyler Herro, and even more. Their next step was not certain until they put in the work at Kentucky and made it happen on the big stage. That’s a challenge I want to take on and work for to be the best me next year.”

Clarke sustained a leg injury that limited him to just eight games at Kentucky, six of which he started.

He scored in double figures in four of his first five games, averaging 9.6 points, 2.6 rebounds, and 2.0 assists per game. In his first game for Kentucky, he scored 12 points, added four assists, and had three steals in a victory over Morehead State. Against Georgia Tech, he finally put in his best effort. He went 9-14 from the field with three 3-pointers for 22 points and three assists.

After suffering an injury in the game against North Carolina, his incredible success came to an end. However, his previous outstanding success earned him a spot in the NBA Draft for 2021.

Terrence Dreamed of Playing in the NBA

HE DECLARED FOR THE NBA DRAFT LAST MONTH AFTER BEING ELIGIBLE EVEN THOUGH HIS FRESHMAN SEASON WAS CHALLENGING. When he was sidelined for two months due to an ankle injury.

“As an adolescent, having the privilege to put on the Kentucky uniform and play in front of the BBN was always a lifelong goal of mine,” Clarke said when he declared for the Draft. Although it was hindered due to things out of my own control, the experience is something I will keep with me forever. I have grown a lot with this experience and I will never take it for granted. After discussing it with my family, I have decided to renounce my eligibility and declare for the NBA Draft.

I had high expectations coming into this season and, of course, didn’t expect to be injured, which I understand is part of the game. Thank you to Coach Cal, the coaching staff, and my teammates! BBN, I hope to make you all proud as I pursue my dreams.”

Clarke was expected to be a lottery pick heading into the season. In the most recent edition of ESPN’s top 100 best available draft prospects, he was ranked 72nd.

It’s heartbreaking to see a promising young athlete lose his opportunity to pursue his dream at such a young age.

May he rest in peace, and our thoughts and prayers are with his family, friends, and everyone in his life who was important to him.