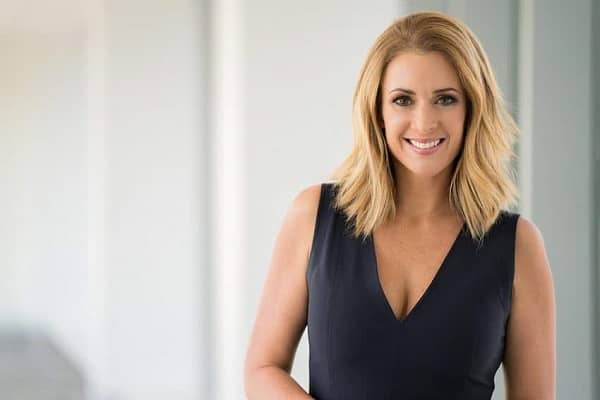 When a beautiful woman appears on your screen, you begin to wonder about the lovely lady. And if you’re one of those who want her, I’m sorry to break your heart, but she’s already taken and happily married to her spouse.

And in this case, we’re talking about the lovely Nicole Briscoe, who has won many hearts with her work. But did you know she’s already won a beauty pageant? And she is now living a happy married life with her spouse in her paradise. Let us delve deeper to learn more.

Nicole Briscoe competed in Miss Teen USA the same year she was named Miss Illinois Teen 1998. Unfortunately, she was unable to win the title, ending in eighth place.

Her pageant journey, however, does not end here. She participated in Miss Illinois USA two years after winning Miss Illinois. Nicole finished as the pageant’s first runner-up. Don’t you want to view a photo from those days?
Nicole is a lady whose fame began with the title of Miss Illinois in 1998, and she is now one of the prominent faces as a sportscaster.

Nicole spent two years as a host on a motorsports news program for Speed Channel before joining ESPN. Nicole began her career as a general assignment reporter at WREX-TV at a young age. Let’s take a look at a video of Nicole reporting on her show Sports Caster.

Aside from her professional accomplishments, Nicole is a family woman who has successfully balanced her work and personal life.

Her Husband, Children, and Married Life!

Nicole first met Ryan Briscoe at the Indianapolis Motor Speedway. Nicole was a racing reporter, and Ryan was a race driver at Indianapolis. Ryan, Nicole’s husband, is an experienced professional Indy car driver who has won titles such as the Italian Formula Renault 2001 and the Formula Three Euroseries.

Nicole and Ryan dated for four years before marrying in December 2009 in Hawaii, where they exchanged wedding vows.
The duo is encouraging and supportive of one another, and they discussed their relationship in an interview with Speedway media. Nicole stated, “Com.”

”That’s a really important part of his life and when you’re in a relationship you have to be able to share those important things and be a part of that person’s life. It’s also helpful because he’s stressed and there’s a lot of things going on, and there’s not always a family that can go. You want to be able to be there for each other, and that’s the one.”

The lovely couple has been blessed with a baby daughter. Finely Briscoe, their first child, was born in December 2013. Finley was born during the time when NASCAR races were held. As a result, Nicole did not run in the event that year.

Furthermore, Nicole announced her pregnancy with her second child through Instagram on February 10, 2016, and stated that the baby would be delivered in July 2016.

Nicole is both a responsible mother and a responsible daughter. She makes an effort to keep her daughter in close contact with her grandparents and other relatives. We can conclude that she is providing an excellent upbringing for her daughter.

Nicole wished her mother on Mother’s Day, and she also shared her excitement at becoming a mother in an Instagram post on May 8, 2016.

Ryan Briscoe, the joyful father, announced the arrival of their second child, daughter Blake James Briscoe, on July 1, 2016, via an Instagram post.

Nicole now has two kids, Finely and Blake, who adore one other. Nicole just uploaded a picture on Instagram that depicts sibling love for each other on April 10, 2017.

On May 14, 2017, Nicole stated on Instagram that the title of mother is the nicest title ever. She even stated that her love for her daughters is indescribable.
Nicole is living a blissful married life in paradise with her husband and daughters, and her fans wish her happiness to last forever!

Along with Nicole Briscoe, her contemporary sports journalists Carolyn Manno, Heidi Watney, and Rachel Nichols are role models for aspiring young talent interested in a career in sports journalism.