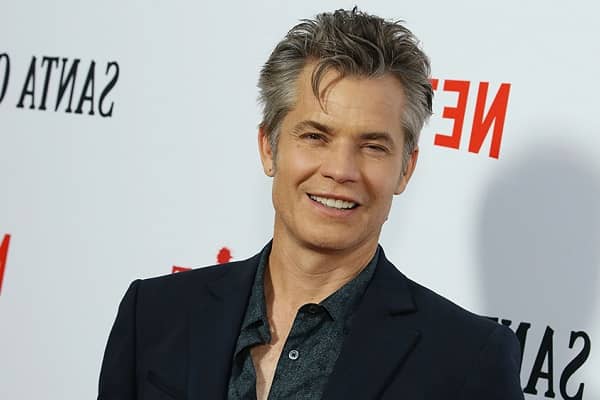 “You’re aware of the issue with the third [kid]? The first two [babies] are still yours “During an appearance on TBS’s Conan, Timothy Olyphant famously quipped.

The big reveal is here! With his undergraduate love turned wife, Alexis Knief, Olyphant has three children. If you’ve heard rumors of an upcoming divorce, you’re correct. They haven’t divorced.

Regardless, Olyphant is frequently seen gushing about his wife during live appearances on talk shows and interviews, but he has never revealed any personal information about his children, including their names.

Only when he starts making jokes about the Olympant kids in public do fans get to hear anything about them.

He and his wife realized at that time that this was going to be their home once all three of their children left for college.

“No way! It turns out to be [expletive] fantastic “Olyphant was ecstatic. He was obviously joking (hopefully).

Olyphant went on to say that the concept of an empty nest was a fallacy. He also talked on how a celebrity’s kids were just like any other kid’s “It’s the same as any other father. They despise you and are unimpressed.”

With the kids out of the house, Olyphant could be as loud as he wanted without anyone yelling: “Dad, it’s you! I’m aware of your presence. The comedian grumbled, “As if I’m taking up room in the house I bought.”

The missus, on the other hand, enjoys a good laugh with her husband. For example, according to Heavy, she assisted him in creating a running joke about their rumored upcoming divorce.

There was a time when Olyphant and his wife were said to be getting divorced. This was due to the fact that the actor’s wedding band was on his right hand rather than his left.

This conduct sparked rumors that Olyphant was unhappy in his marriage and that a divorce was imminent. He debunked the claims himself when he stated that he prefers to wear the ring on his right hand and that he wears it for no other reason.

On the other hand, he once admitted that if he had won an Emmy for his part as Raylan Givens in the film Justified in 2011, he would have joked about divorcing his wife on stage.

‘Well, honey, this is it,’ I was going to say as I looked at [the trophy] and then out at my twenty-year-old bride. ‘I’m finally going to leave you.’

And, before you say anything about the joke itself, remember that it was his wife Knief who assisted him in its creation.