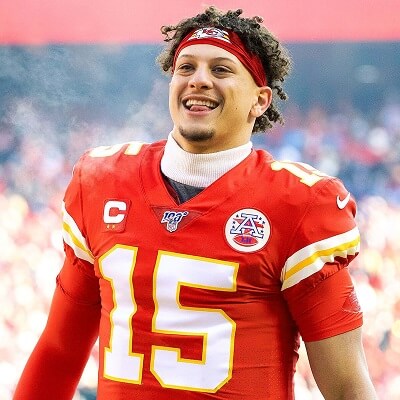 Patrick Mahomes is an American football quarterback who plays for the Kansas City Chiefs in the National Football League. He comes from a sporting family and is the son of Pat Mahomes, a former Major League Baseball (MLB) pitcher. Patrick began his college career at Texas Tech University, where he played baseball and football. Later, he gave up baseball to concentrate on football. He also led all NCAA Division I FBS players in various categories despite his youth.

Furthermore, he was the tenth overall pick in the 2017 NFL Draft by the Kansas City Chiefs. His football history demonstrates his dedication and enthusiasm for the game. He learned many things throughout his life, which he presents as quotes. Here are a few Patrick Mahomes quotes that will assist you in all aspects of your life.

Here are some of his quotes:

“No one really sees pro athletes behind the scenes. They don’t know how hard they work. They don’t see how you work on the basics. They couldn’t possibly know. You wouldn’t think that someone who hits like Alex Rodriguez needs to use a tee every day. But that’s how he stayed on top of it.”— Patrick Mahomes

“I didn’t start playing football a lot until I was in high school. I played it in seventh and eighth grade, but I didn’t play Pop Warner or anything.”— Patrick Mahomes

“You can tell when coaches have a confidence in you.” — Patrick Mahomes

“You get older, and you want to be a professional athlete; you want to win on the biggest stage.” — Patrick Mahomes

“I got to talk with some of the great offensive minds in football. Bruce Arians, Byron Leftwich, Andy Reid, Ben McAdoo, Bill O’Brien, I met all those guys and tried to take something away from each of them. Hue Jackson, people that are known for developing quarterbacks, I got exposed to a lot of stuff I hadn’t seen before.” — Patrick Mahomes

“There’s always plays that Coach Reid just draws up every single week. I always say that they always work. He just gets on the board in his room and just starts drawing plays. The possibilities are endless.” —  Patrick Mahomes

“It’s pretty cool just to see the support we have. It’s unmatched, Kansas City and the Chiefs Kingdom, the support they have for us. For me to just kind of be in the community and see those people is always a good thing.” —  Patrick Mahomes

“When people talk about me, they talk about just the arm and that I have a big arm. I want to be able to change that mindset to, ‘He’s a great quarterback who just happens to have a great arm.’”— Patrick Mahomes

“Look at guys like Tom Brady and Aaron Rodgers. Those guys have great arms, but people talk about them more as a quarterback and the intellectual side of the game and how they really dissect defenses – and then the arm is something else that helps them with that.” — Patrick Mahomes

“Nick Foles, if he wasn’t preparing like he was the starter, he wouldn’t have been able to become a Super Bowl MVP.” — Patrick Mahomes

“Definitely, as a competitor, you want to get out there and play.”— Patrick Mahomes

“The furthest I have even thrown the ball was 85 yards. But I had a little wind at my back, so I don’t claim that one.”— Patrick Mahomes

“I FEEL LIKE, EVEN IF SOMETHING GOES WRONG, I HAVE CONFIDENCE IN MYSELF AND MY TEAM THAT WE’LL FIX IT.”— PATRICK MAHOMES

“I was that little kid: I was the one that was looking up to athletes and getting to see them and getting to be a part of it, and I remember those experiences.”— Patrick Mahomes

“I LOVE THIS GAME.”— PATRICK MAHOMES

“You dream of your first NFL start when you’re a little kid, playing football in the backyard, but until you get there, you never know what to expect.”—- Patrick Mahomes

“I want to be great.”— Patrick Mahomes

“I was a good student and stuff like that.”— Patrick Mahomes

“I’VE BEEN A FAN OF KETCHUP FOR AS LONG AS I CAN REMEMBER, AND THE THICK, RICH FLAVOR OF HUNT’S KETCHUP DELIVERS EVERY TIME.”— PATRICK MAHOMES

“You can’t have a good Thanksgiving meal without a little bit of ketchup on the side.”— Patrick Mahomes

“Any dog can be aggressive; it’s basically the way they’re raised.”— Patrick Mahomes

“When you go into a game, and there’s something that was drawn up the way it was supposed to be drawn up, and you missed the throw or the catch, as a receiver, it’s something where you feel bad about that. You can always regret just missing it, but as a football player, you have to move on to the next play.”— Patrick Mahomes

“I think, as quarterback and as a football player, you always want to get better.”—- Patrick Mahomes

“IT’S NOT LIKE I MEAN TO THROW NO-LOOK PASSES. I THINK IT KIND OF HAPPENS OUT OF INSTINCT. AS I DO IT, I’M LIKE, ‘DANG, I DIDN’T EVEN MEAN TO DO THAT.’”— PATRICK MAHOMES

“For me, it’s always fun. You’re playing football and living out your dream.”— Patrick Mahomes

“You see Tom Brady, you see Alex Smith, and you see all those guys in the pocket and how quick they are with their footwork and how they get the ball out fast. I have to get like that.”— Patrick Mahomes

“I’m close to Coach Kingsbury. He really helped my game and helped me as a person a lot. He’s a genuine good person and, at the same time, an astute football coach.”—- Patrick Mahomes

“IF YOU WANT TO WIN GAMES IN THIS LEAGUE, YOU HAVE TO BE EFFICIENT.”— PATRICK MAHOMES

“Not a lot of people see that when you’re growing up. You don’t get to see that people really have to work hard to become as good as they are.”— Patrick Mahomes

“You can have the big arm, and that’s good, and it helps out in the games, but it doesn’t help you necessarily win games.”— Patrick Mahomes

“East Texas isn’t known for producing quarterbacks. I was never really on the football circuit. I wasn’t the type of guy that put my name out there.”— Patrick Mahomes 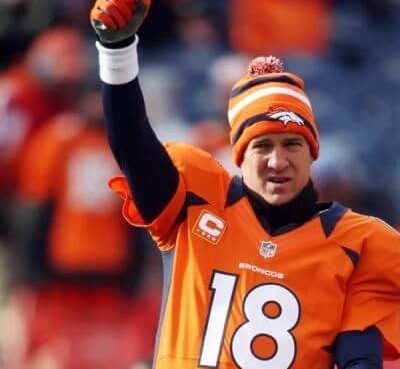 Peyton Williams Manning is also gone by the nickname Peyton Manning. He is a well-known former American football quarterback who played in the National Football League for 18 seasons. He is also consi
Read More 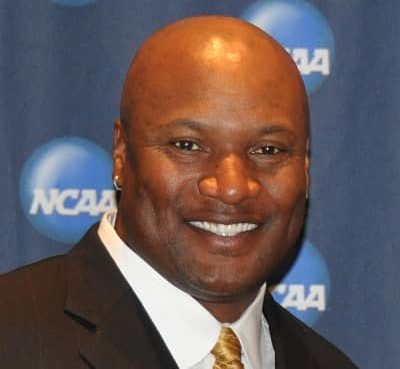 Vincent Edward Jackson, also known as Bo Jackson, is a former professional baseball and football player from the United States. He was one of the best athletes of all time because of his versatility.
Read More 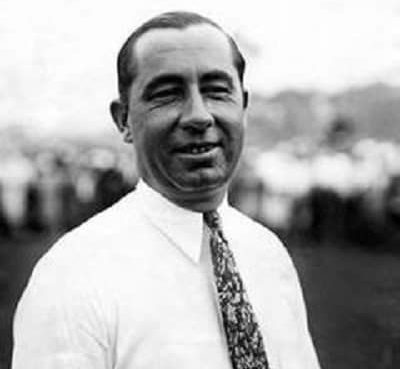 Walter Hagen was an American professional golfer who rose to prominence in the first half of the twentieth century as a major figure in the sport. His 11 major championships rank third behind Jack Nic
Read More