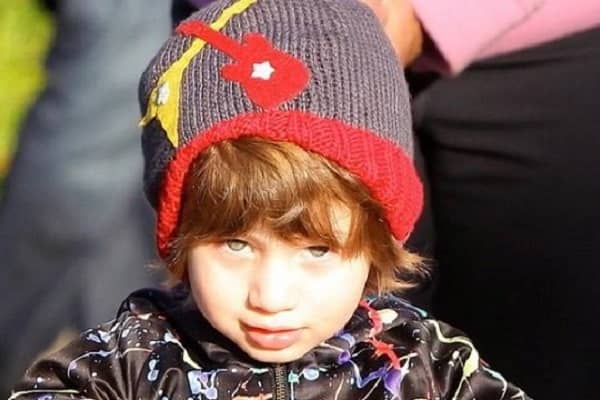 Max Liron Bratman is the son of Christina Aguilera, a Grammy Award-winning American singer and television personality, and Jordan Bratman, her former spouse. Max, Aguilera’s young son who made a brief appearance in his mother’s music video ‘Let There Be Love’ in 2013, seemed to have grown up a lot.

So, read more about Christina Aguilera’s son, Max Liron Bratman, in this article. Also, find out how his famous mother is parenting him.

Max Liron Bratman is Christina Aguilera’s first child with Jordan Bratman, her ex-husband. Aguilera and Bratman, who are now estranged, welcomed their son, Max, on January 12, 2008, in Los Angeles, California.

During his early childhood, Christina Aguilera kept her son Max Liron Bratman primarily away from the public. However, he has since appeared in many of his mother’s Instagram posts. Max also appears to enjoy being photographed, as he can be seen posing like a model in the images.

Max Liron, as a big brother, adores and cares for his little sister and looks forward to spending time with her. Furthermore, Max Liron, Christina Aguilera’s son from a prior relationship, has a strong link with his mother’s current companion, Matthew Rutler. Max has lived with his mother and her current family since his parents’ divorce.

We can see that Matthew treats Max as his own son rather than his stepson by looking at Christina and Matthew’s social media profiles. He occasionally posts images of Max on social media, expressing his gratitude for having him in his life.

Max Liron Bratman, Christina Aguilera’s son, is an avid outdoorsman. During his vacations, he enjoys going on outings with his family. His mother, Christina, and soon-to-be stepfather, Matthew Rutler, frequently post photos of him hiking and participating in other outdoor activities.

Max Bratman, like Christina Aguilera’s son, is known among his friends for having a huge heart and a compassionate personality. Christina claims that her son, Max, has a unique ability to brighten up a room. He has a dominating demeanor and always adds new ideas to any conversation or scenario.

Through her social media accounts, the singer frequently expresses her pride and thanks for being Max’s mother and for teaching her new things in life. Despite this, Christina Aguilera lavishes attention, love, and care on her son, Max, and her other child, Summer Rain. Despite her hectic schedule as a traveling musician, she constantly prioritizes her children and shows them how much she cares for them.

Christina Aguilera and Jordan Bratman, the parents of the young boy Max Liron Bratman, met in 2002. Three years later, in 2005, they married in a $2 million ceremony in Napa Valley, California, with Christina wearing an extravagant $80K gown. Their marriage, however, did not last long.

Max Bratman’s parents, Aguilera and Bratman, divorced in 2011, just a few years after welcome him into the world. According to reports, Christina Aguilera and Jordan Bratman decided to divorce for the sake of their two-year-old son, Max. As a child of divorce, Aguilera believed that Max would gain from their divorce. Max is happier seeing both of his parents happy in their lives, as Aguilera predicted.

Despite the fact that Aguilera and Bratman divorced several years ago, they remain close for the sake of their kid. Max’s mother and father gathered together to celebrate his special day on his 12th birthday. On her Instagram page, Max’s adoring mother posted a photo of Jordan giving their kid with a chocolate cake.

Christina Aguilera’s son, Max Liron Bratman, is currently living in Beverly Hills with his mother and her new family. In the days ahead, we expect to hear and learn more about his whereabouts.

The name Max for a boy is a short form of Maximillian, which means “greatest.” Similarly, Christina Aguilera’s son’s middle name, Liron, comes from the Hebrew language and means “my song or joy.”