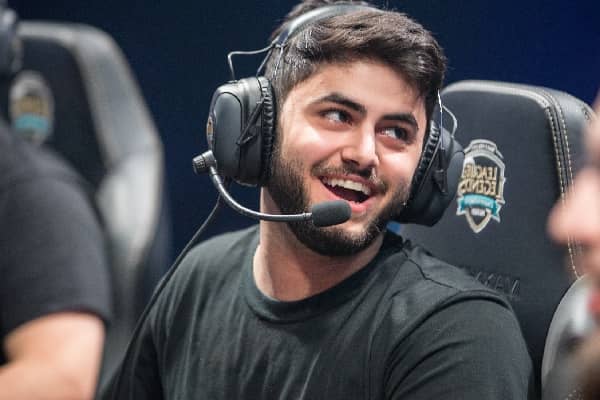 Yassuo, a full-time Twitch streamer, has disclosed that he is no longer with his girlfriend Bella after a mutual breakup.

Yassuo, a full-time Twitch streamer, announced in October 2020 that he was no longer with his partner Bella. The couple split up after what appeared to be a flawless relationship, but they chose to keep the facts of their breakup under wraps, only disclosing that they parted ways amicably.

Yassuo has already moved on

Yassuo revealed the elephant in the room in a YouTube video posted on October 19, 2020, and admitted to being unmarried since August 2020.

Because Bella was still staying at his apartment, the streamer didn’t reveal the break-up straight once, which would have added to the drama.

Yassuo, whose real name is Hammoudi Abdalrhman, didn’t reveal the breakup until his ex-girlfriend had moved out of his house, and he asked his supporters to keep the haters at bay and leave him and Bella alone.

In the same video, the prominent Twitch broadcaster expressed his admiration for the couple and expressed how much he liked their time together.

The American gamer went on to tell his YouTube family that he has moved on from his breakup, although he did not elaborate on the details of their breakup. He stated that the breakup occurred some time ago and that he had time to process it.

Following their split, Yassuo took to Twitter on February 12, 2021, to reveal that his ex-girlfriend Bella had issued him a bogus cease-and-desist order.

Received my first ever Cease & Desist, turns out it was a fake so I had a photoshoot at the imaginary lawfirm pic.twitter.com/OPFOE5b25S

He claimed it was his “first-ever Cease & Desist,” but the order was later revealed to be a forgery.

Received my first ever Cease & Desist, turns out it was a fake so I had a photoshoot at the imaginary lawfirm pic.twitter.com/OPFOE5b25S

That incident indicates that the former couple’s relationship problems are still ongoing.

You may also like to read Know Everything About Margaret McGloin – Allen Ludden’s Wife Including Children, Relationship, and More!

Yassuo’s Close Bond With His Sisters

Although Yassuo keeps his personal life hidden from the public view, his admirers have seen glimpses of his relationship with his two sisters on occasion.

The Twitch streamer introduced his older sister to the online stream on January 18, 2019. Yassuo was seen taunting his sister and accusing her of changing her speaking tone online in the video, while she responded to some remarks.

He made fun of his elder sister’s webcast in a different video on May 20, 2020. During the webcast, he caught up on her yelling at nothing. He also revealed in the same video that his sister is two years his senior.