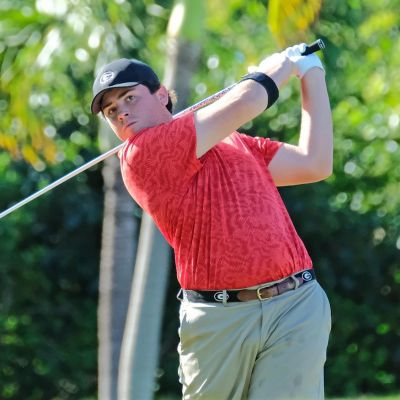 Who is Spencer Ralston ?

Canadian actress and comedian, Lauren Ash is now based in Los Angeles with her boyfriend Spencer Ralston.

Used to seeing her and knowing her on television, or other media platforms, this time her fans wanted to know about Spencer instead.

So, just when her term as Dina Fox on the NBC sitcom Superstore is about to end with its sixth and final season, meet her beau Spencer Ralston in the wiki below.

Spencer Ralston is clearly in a highly committed relationship with Lauren Ash. They started dating in December 2019 and have been inseparable ever since.

They never stopped Instagramming their favorite moments. Lauren often referred to him as her “favorite” or gushed about him as “the “most loyal and thoughtful and funny and handsome” man.

After creating all those birthday message gushings, Valentine’s Day, and Anniversary wishes, the couple still hinted nothing about her engagement and wedding plans. For now, they lived together but they were certainly not engaged as of Feb 2021.

Lastly, if you have known them together and for a while, chances are you already know about the time when Spencer shared the set with Lauren on Superstore. He played a Cloud 9 customer on the “Zephra Cares” episode in Season 5.

About Lauren— She is an alumna of both Second City Toronto Mainstage and Second City Chicago mainstage. One may also recognize her as one half of the sketch comedy duo “Cory!”.

She won several prestigious awards in her career. And lately (in Oct. 2020) she began a new job as a host for Crime & Cocktails podcast with her cousin, Christy Oxborrow. The byproduct of the Covid-pandemic was greatly praised.

Before Spencer Ralston was known for his fun and energetic style of hip hop, he received his training at Edge Performing Arts Center, Debbie Reynolds Studios, Millennium Dance Complex in Los Angeles, California, and D.C. Dance Factory in Nashville, Tennessee.

Spencer comes from his family home (hometown) of Nashville. And, at the time of writing, his family background remained a complete mystery.

Back in the day, Spencer Ralston was a contestant on Season 2 of American Idol. He was only 21 at the time and his audition was not initially televised. But it was showcased later during American Idol Rewind. For his audition in Nashville, he had sung “All or Nothing” by O-Town. However, he was eliminated in the same round of the competition. Anyway, it seems the much younger Spencer did not actively pursue a musical career.

Instead, he turned out to be an actor, writer, dancer, and trainer. IMBD introduces him as an actor and writer, known for Superstore (2015), How I Met Your Mother (2005), and Campus Criminology (2019). He had a guest spot on 90210 and created and starred in many short films. He also did a national commercial for Famous Footwear and appeared on LA Clippers Halftime Show and Jermaine Jackson’s “Blame It On The Boogie”.

During his dancing stints, he taught conventions and master classes nationally and internationally. He choreographed for The Nashville Predators (NHL), and The Tennessee Titans (NFL), and taught at Nashville’s D.C. and MNRDF (for over 6 years).

Was Spencer Ralston On How I Met Your Mother?

Spencer is super proud of his small yet memorable guest role on the ever-acclaimed How I Met Your Mother. He played the grown-up version of Lily and Marshall’s son, Marvin.

Not long ago, he shared a throwback post on Instagram from the time when Entertainment Weekly called him “kinda hot” during a ‘How I Met Your Mother recap’ story-telling.

What is the Height of Spencer Ralston? Weight, Full Body Status

Spencer Ralston, in his muscular and well-defined physique, stands to a height that is 6′ 2¾” (1.9 meters). Also, lately, his weight was listed as less than 83 kg.

Spencer had a couple of thousand followers on each of his Instagram, Twitter, and Facebook accounts. On them, he constantly shared glimpses from his everyday life.

A brief peep into his sharings and you may find out just how good he is at impersonating people like Matthew McConaughey. Also, he has been a big supporter of Joe Biden and Kamala Harris