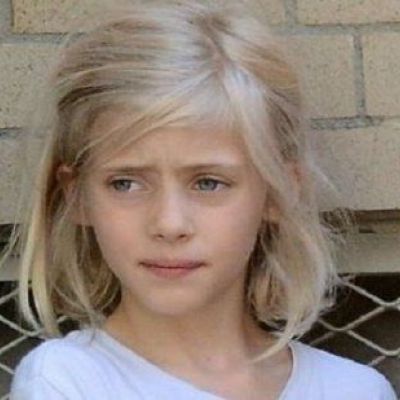 The Hollywood A-listers dominated the Cannes Film Festival’s 2021 edition as was to be expected, but several less well-known individuals also managed to steal the show, Hazel Moder being one of them. The fact that Hazel is the daughter of Oscar-winning actress Julia Roberts and cinematographer Daniel Moder gives her some serious star power, despite the fact that many people may not be familiar with her name.

Hazel’s parents have made a concerted effort to shield her from the spotlight and give her and her siblings as normal of family life as they can have. The fact that they let her stroll down the red carpet at the Cannes Film Festival, which was undoubtedly the first of many to come, suggests that they are letting off a little.

Her Father, Daniel Moder, Has Been Nominated For the Primetime Emmy Award For Best Cinematography

They have not yet realized how well-known their mother is.
In order to ensure that Hazel Moder and her siblings have a typical upbringing, their parents go to great lengths to shield them from the spotlight. Rarely does their mother brings them to the red carpet, and she never shares photos of them online.

In reality, their dad is the only one who occasionally uploads pictures of them online. The kids’ home life is also fairly quiet. They are not attended to by servants. They are the only people present, along with their parents, and the place is littered with toys of every description. Because of this reality, Hazel and her siblings are unable to appreciate how well-known their mother is.

She has said that even though they have seen her in movies, they are not very pleased. They quickly lose interest in the conversation and come back to her to inquire about her fame in comparison to Taylor Swift. However, Roberts is pleased with this since she has always wanted her children to grow up as normally as possible, free from the insane influence of Hollywood. But she has been known to wow them. For instance, when she took all three of her children to a Taylor Swift concert in 2015, they were ecstatic. When the singer invited their mother to perform with her, they were even more thrilled.

Hazel Moder’s Mom, Julia Roberts, is an Oscar-Winner and One of the Highest-paid Actresses in Hollywood History

Hazel Moder is already displaying a lot of promise, but it is too early to know if she will follow in her mother’s footsteps. She had her debut film appearance at the age of 14 in the 2016 romantic comedy Mother’s Day. Numerous A-list celebrities appeared in the film, with her mother playing the protagonist. Hazel performed the part of the cartwheel child. It centers on the intertwined lives of numerous mothers.

She is currently relaxing and concentrating on her academics, but she did accompany her father to the premiere of the movie Flag Day, on which he worked. Her first red carpet appearance was this, and fans will be eager to see more of her in the future. Hazel also has the opportunity to have an influence as an activist. She expressed a keen interest in the 2016 US presidential election and marched with her mother in 2017 in Washington, D.C.

Her Father, Daniel Moder, Has Been Nominated For the Primetime Emmy Award For Best Cinematography

Hazel Moder was born on November 28, 2004, making her 17 years old. She is of school age and is likely still deciding on her future course. She would have some large shoes to fill if she wanted to become an actress like her mother, Julia Roberts. Julia Roberts, who was born on October 28, 1967, is a Georgia native.

She initially wanted to be a veterinarian but subsequently discovered performing and fell in love. After that, she decided to leave college and pursue her goals in New York.

Roberts made her movie debut in Blood Red in 1987. She rapidly showed her potential, and two years later, she received a Golden Globe nomination and her first Oscar nod for her portrayal of a diabetic bride in the 1989 movie Steel Magnolias. Julia Roberts’ career has now taken off.

She has starred in iconic movies like Ocean’s Eleven, Pretty Woman, Notting Hill, Erin Brockovich, and Pretty Woman. Additionally, she was given the coveted Oscar for the finest actress. In the 1990s and the first few years of the 2000s, she was the highest-paid actress in Hollywood, earning much to $25 million for a single film.

Daniel Moder, a Hollywood director of photography, is Hazel Moder’s father. Moder was born in Los Angeles on January 31st, 1969. Patricia is his mother’s name, and Mike Moder is a producer in Hollywood. Daniel Moder may have developed a passion for the film industry as a child as a result of his father’s line of work. He held a conventional job for a while after earning his psychology degree from college before making the move to Hollywood in 1995.

Beginning in 1995, Daniel Moder worked as a production assistant on the action movie Crimson Tide. Before deciding to become a cinematographer, he later worked in the camera/electrical department on the sets of various movies. Daniel Moder has acted in several notable films, including Secret in Their Eyes, The Mexican, Mr. & Mrs. Smith, and Spider-Man 3, as a cinematographer, the person in charge of filming a movie.

He was also in charge of shooting the 2014 television movie The Normal Heart. He received a primetime Emmy nomination for outstanding cinematography for a miniseries or movie for his work on The Normal Heart.

After nearly two decades of marriage, Hazel Moder’s parents are still together, and The Mexican, a movie from 2000, served as the inspiration for their love story. One of the main actors was Julia Roberts, and Moder was in charge of the filming. The fact that they were with other people at the time prevented them from acting on their attraction to one another. Moder was married to his first wife, Vera Steimberg, while Roberts was dating actor Benjamin Bratt. As luck would have it, they both tried to end their relationships since they were unhappy with them.

After assisting Roberts in getting over Bratt, Moder filed for divorce from his wife in 2001. Things had been tense with her for a while, but it was his growing affection for Roberts that gave him the drive to take the necessary action. After being set free, Roberts and Moder started dating as they awaited the conclusion of his divorce. They received tattoos of each other’s initials on their lower backs as their love grew exponentially. Moder filed for divorce in May 2002, and they were married in July of the same year.

Roberts and Moder didn’t let their guests know they were having a wedding ceremony so that the paparazzi wouldn’t follow them around. They were merely invited to the gathering. Thus, when it became clear that it was a wedding, their guests were astounded. Nevertheless, everyone expressed their happiness and best wishes for them. The duo openly engaged in PDAs while dancing their hearts out during the great celebrations.

Phinnaeus, Hazel Moder’s twin brother, is one of her two siblings in total. Henry, a younger brother who was born in June 2004, is also a family member. Many of their father’s photos show that both boys are aficionados of extreme sports like skateboarding. Additionally, he posted pictures of them engaging in routine activities like flipping on a trampoline and tossing a bottle into a desert.

Hazel and her siblings divide their time between several of their parent’s residences. They consist of an expansive Hawaiian vacation home, two Malibu homes, three Manhattan apartments, an $8.3 million property in San Francisco, and three Malibu residences.

Since the family’s principal residence is their 6,000-square-foot Malibu home, which also has a skate park, Hazel and her siblings almost certainly attend a Malibu private school. Additionally, they spend a lot of time at their mother’s 83-acre ranch near Taos, New Mexico.

Numerous animals, including dogs and horses, call it home, and according to their mother, there is something serene about it. She claims that everyone there is happy and she credits this to either the mountains or “simply New Mexico.”

They have not yet realized how well-known their mother is.

She has said that even though they have seen her in movies, they are not very pleased. They quickly lose interest in the conversation and come back to her to inquire about her fame in comparison to Taylor Swift. However, Roberts is pleased with this since she has always wanted her children to grow up as normally as possible, free from the insane influence of Hollywood.

But she has been known to wow them. For instance, when she took all three of her children to a Taylor Swift concert in 2015, they were ecstatic. When the singer invited their mother to perform with her, they were even more thrilled.