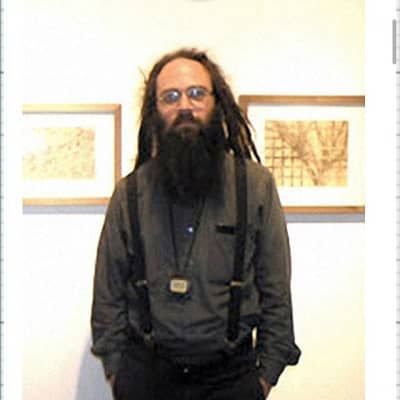 Barret Oliver is a former American actor best remembered for his performance as Bastian Balthazar Bux in the film version of the acclaimed book “The Neverending Story.” In addition, he got the Saturn Award in 1986 for his work in D.A.R.Y.L. He works as a professional photographer right now. He is also the author of A History of the Woodburytype.

Barret Oliver is a wealthy American photographer and a former child actor with a net worth of $400 thousand.

Barret Oliver was born on August 24, 1973, in Los Angeles, California. He will be 48 years old in the year 2021. His given name is Barret Spencer Oliver. Kent and Kathy Oliver are also his parents. Kent, his father, was a well-known local interior designer. Kyle, Barret’s elder brother, was a kid entertainer as well. Similarly, he started behaving under the influence of his elder brother. Because of his family’s support, he and his brother were able to build a name for themselves in the film business. Oliver is a U.S. citizen. Furthermore, Virgo is his zodiac sign. In terms of education, he went to Los Feliz School for both acting and education.

Because he started his career at such a young age, his first appearance in front of the camera was in the 1980s, in a commercial for Jell-O with actor Bill Cosby. Following that, he appeared in the television series The Incredible Hulk as Jimmy the Kid, and then in the 1982 film “The Circle Family,” followed by “Jekyll and Hyde… Together Again” the following year.

Barret was chosen from a pool of 200 children who auditioned for the film version of the best-selling book “The Neverending Story.” There was no turning back after that, and he now has over 20 film credits to his name. His most well-known performances include Knight Rider in 1982, American Fantasy Drama Tv Series Highway to Heaven in 1984, and films such as D.A.R.Y.L, The Twilight Zone, The Neverending Story, and The Circle Family, among others.

He followed a career as a photographer and painter after retiring from performance in 1989. He specialized in nineteenth-century processes such as collodion and Woodburytype. In addition, his photos have appeared in museums, gallery displays, and films. Oliver is also the author of A History of the Woodburytype, published by Carl Mautz Publishing in 2007.

He received the Saturn Award in 1986 for his work on D.A.R.Y.L. He’s also been nominated for three Young Artist Awards.