Tim Kennedy is regarded as one of the best MMA fighters from California, USA. During his career, he won 18 mixed martial arts matches and only lost one amateur match. Kennedy has competed in the Extreme Challenge Middleweight Tournament and the Ultimate Fighting Championship.

In addition, in 2004, he served as a sergeant in the United States Army in Iraq and Afghanistan. His outstanding performance in the film Range 15 drew the majority of the audience. He is also a good person because he learned to cook, wrestle, shoot, play the piano, and do Ju-jitsu at a young age. Some of his most memorable quotes are included below.

“I always have that nagging feeling of wanting to go back and get my long gun back and be a sniper on a Special Forces ODA, which is the best job in the world, but I have some MMA goals that I set out to accomplish, and I’m not going to stop until I achieve them.”

“What’s the definition of terrorism? It’s to achieve an objective through the use of force and fear. These are just nasty, evil, disgusting human beings who disrespect human life.”― Tim Kennedy

“I love the idea of what America is. America is a bunch of people that do these incredible, thankless, selfless jobs that nobody really knows about that makes that American dream possible.”― Tim Kennedy

“Everyone knows who I am; everyone respects me as a shooter, as an operator, as a soldier… I’m always truthful, I’m always honest, and I’m always trying to do the right thing.”― Tim Kennedy

“Find something bigger than yourself and pour every ounce of who you are into it. If that’s your family, be the best father on Earth. If you are a cop, firefighter, or a trash man, be the best.”― Tim Kennedy

“MMA in an individual sport, and you’re just pushing yourself to be as dangerous as you can be in 15 minutes.”― Tim Kennedy

“My adult life is filled with the things horror movies are made of.”― Tim Kennedy

“I am a nice guy. I love having a good time. I love cooking. I love hanging out with my friends.”― Tim Kennedy

“You should be falling asleep before your head hits the pillow because you worked so hard every moment of the day.”― Tim Kennedy

“If we are ever going to rescue our nation from selfish entitlement, political correctness, and collectivism, we must start sending citizen-statesman warriors to fight for us in Washington, and I believe Col. Maness will do just that.”― Tim Kennedy

“WHO WOULD I BE TO BE COWERING TO A BUNCH OF GUTLESS COWARDS ACTING LIKE A BUNCH OF TOUGH GUYS ONLINE?”― TIM KENNEDY

“You’re always going to get an honest, straightforward response from me. Honest to a fault.”― Tim Kennedy

“When people refer to a cage fight as war, I think it’s kinda cute… A war, huh? You know what a war is? They, evidently, don’t. It’s not maybe their place to know what it is, but I do.”― Tim Kennedy

“I wish that everyone that’s complaining about how things are here would shut their mouth for a little bit, go around the world and see how it is everywhere else.”― Tim Kennedy

“Fighting is a lonely thing. You train with your team. You bleed with them. You trust your coaches, but ultimately, you are in the cage alone.”― Tim Kennedy

“I will always have that, ‘I want to be the best fighter on the planet’ thing in me.”― Tim Kennedy

“No matter what I do, it’s all about the workouts. When I travel, I make sure I get my workout in first. When I’m in camp for a fight, I don’t travel at all, and I train three times a day. The secret is to just keep working.”― Tim Kennedy

“I have no problem putting on a kit, carrying a big sniper rifle, and running a few thousand meters.”― Tim Kennedy

“I really want to demonstrate I’m not to be overlooked anymore.”― Tim Kennedy

“I’ve been to Afghanistan and Iraq a few times, and then I’ve done deployments elsewhere – with Special Forces, we go all over the place.”― Tim Kennedy

“I want to thank the military community for their support. I’ll never be able to explain how much you motivated me and how much I always tried to make you proud.”― Tim Kennedy

“Watching everybody have such a fantastic time, loving life, loving America – I wish that was the feeling year-round, that it didn’t take the Fourth of July for us to be like, ‘Yeah, America is awesome.’”― Tim Kennedy

“I want to thank all of my opponents. Iron sharpens iron, and every great victory or crushing defeat occurred because there was someone who trained hard and had the courage to meet me across the cage.”― Tim Kennedy

“Cold and fire has a way of creeping into the tiniest crack in your courage and finding that coward.”― Tim Kennedy

“I’ve been part of task forces hunting the most evil humans to walk the face of this planet. I believe all of that was for a reason, because I love America.”― Tim Kennedy

“I’m the guy that is always in shape.”― Tim Kennedy

“I’m the guy that once graduated Ranger School – a place that starves you and denies you sleep for over two months – and took a fight six days later in the IFL and won.”― Tim Kennedy

“I LOVE FIGHTING AND WILL ALWAYS HAVE THE HEART OF A FIGHTER.”― TIM KENNEDY

“I remember every moment of every gunfight I’ve ever been in.”― Tim Kennedy

“The people that are close to me, the people that I spend most of my time with, they’re all really like-minded people.”― Tim Kennedy

“If Katie Couric or Anderson Cooper asked me to come on to their shows and give them content every single day, I would do it because that gives me access to a huge population of people that I can hopefully, in some way, plant seeds in fertile soil, and those seeds would grow into oak trees of freedom.”― Tim Kennedy

“Carlos Condit does the best job of being the counterstriking guy that is very elusive.”― Tim Kennedy

“I know I’m not a marquee name, and I’m looked past by most guys.”― Tim Kennedy

“It’s a good thing I have another job because the UFC doesn’t pay very well.”― Tim Kennedy

“I make, like, three or four times more when I don’t fight than when I do fight. And, I’m one of the higher-paid guys in the UFC, which is remarkably tragic and pathetic.”― Tim Kennedy

“I got my hand slapped for talking about fighter pay. That was a big one. I had Dana White yell at me in front of, like, 20 other fighters.”― Tim Kennedy

“Leaving active duty was so I could become the best fighter in the world at my weight class.”― Tim Kennedy

“Michael Bisping, we had a five round battle. I beat him for five rounds and tripled the amount of strikes landed. I landed more take-downs in that fight than had been landed on him in his entire career.”― Tim Kennedy

“Fighting is a very independent thing, and it’s not a team sport, and it’s not the NFL, you know, because we don’t have to look the same.”― Tim Kennedy

“There are some parallels between ‘Zombieland’ and ‘Range 15,’ except ‘Zombieland,’ with Woody Harrelson, there’s this pleasurable fun in every scene.”― Tim Kennedy

“You could waterboard me for days – for years – and I would still be cracking jokes about how bad Rachel Maddow is.”― Tim Kennedy

“I’m asked daily about how and why I don’t have PTSD. I’m probably the last person on Earth you should ask about this stuff.”― Tim Kennedy

“I think obstacle courses in general are a blast, and I love the Green Beret one; I’ve done it – I don’t know – 20, 30, 40 times. I’m always trying to break my time from the last one or use a new technique to get through a certain obstacle.”― Tim Kennedy

“I hate it when anyone in the gym can deadlift more than me.”― Tim Kennedy

“Kettlebells are the best for everything. We do snatches and swings with them for explosiveness and hamstring and lower back strength, and we’ll also throw them into conditioning circuits where I’ll do a burpee holding the kettlebells and transition into a 2-handed snatch.”― Tim Kennedy

“I love to deadlift, and it’s a huge part of my training because it works every muscle in the body.”― Tim Kennedy

“I want to earn a top-contender status in the UFC, so I have to fight the best.”― Tim Kennedy

“I was deployed in Afghanistan and Iraq with British Special Forces Units. I have great respect for the British military and the country as a whole, so I don’t have anything negative to say about that.”― Tim Kennedy

“I’M COMPETITIVE WHEN I FIGHT, BUT I DON’T GET EMOTIONALLY INVOLVED.”― TIM KENNEDY

“I’ve fought guys that I like. When you’re fighting a guy that you don’t like, you have to be able to separate certain aspects of it.”― Tim Kennedy

“I’m not hard to find unless you’re ISIS – then, it’s a rough night.”― Tim Kennedy

“People want to hear what I do with Special Forces, as a ranger, as a sniper. And I’m like ‘What does that have to do with fighting?’ Let’s talk about fighting. They couldn’t be more different; there’s nothing similar about them.”― Tim Kennedy

“My military service has nothing to do with what I do in the ring.”― Tim Kennedy

“MMA has a referee, and you’re wearing gloves. I’m in there with another volunteering participant that’s out there to win some prize money.”― Tim Kennedy

“I’m endorsing Col. Maness for United States Senate because of his deeply held commitment to the constitutional rights and principles our nation was founded upon.”― Tim Kennedy

“I’m very disciplined in the approach I take for my training.”― Tim Kennedy

“That’s part of my military character, I think. You back one of us into a corner, and you can only expect one thing: us coming at you like wild, rabid dogs.”― Tim Kennedy

“When you’re in Ranger School, it sucks. You’re not eating; you’re not sleeping. You’re marching miles – for months at a time. It’s horrible.”― Tim Kennedy

“I will always be fighting in one form or another until the day I die.”― Tim Kennedy

“I think the most rewarding thing is going over and being deployed and having done meaningful things.”― Tim Kennedy

“When 9/11 happened, I was like, ‘I gotta do something.’ I went and talked to the recruiters, and I found out about the Special Forces 18X program. They take qualified people off the street, and they give them a shot at Special Forces. I was like, ‘So I could go try out for Special Forces?’”― Tim Kennedy

“I don’t need MMA, but I love fighting. Those are very different things.”― Tim Kennedy

“I’m a Christian, and I give the glory to God.”― Tim Kennedy Not even single people are unfamiliar with the name Albert Einstein. He was born on March 14, 1879, and is a renowned German physicist. The world must be grateful that Germany was fortunate enough to
Read More 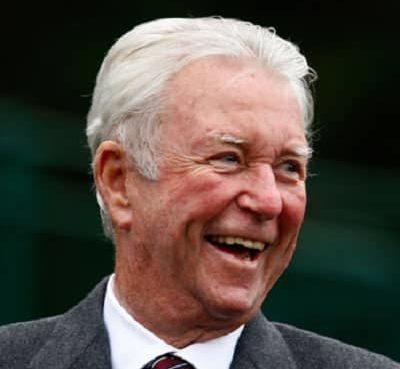 Ken Venturi was a professional golfer and golf broadcaster from the United States. He won 14 PGA Tour events during a career cut short by injuries, including the 1964 U.S. Open. Venturi was inducted i
Read More 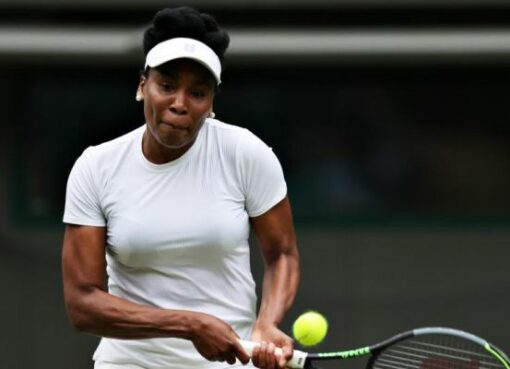 Venus Williams is a four-time Olympic gold medallist in the sport of tennis. She had had a difficult childhood in Compton, Los Angeles. Similarly, she began learning and playing tennis on Los Angel
Read More