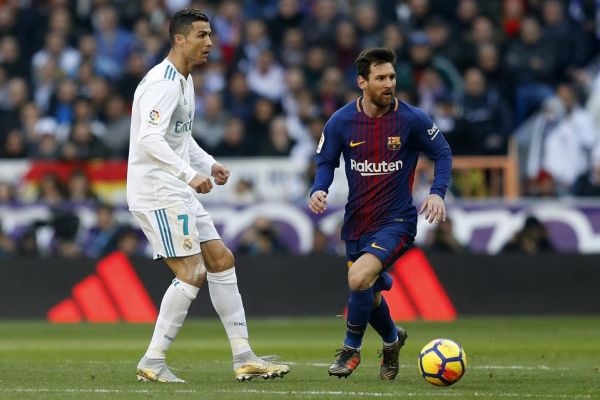 Soccer players make a lot of money because they are loved, respected, and famous. So being one of the highest-paid soccer players sounds appealing and wonderful.

Soccer players are compensated handsomely for their efforts and achievements. Many people believe that the best players are distinguished by their earnings. Based on their salaries and endorsements, we present the best-paid soccer players in the world right now. Let’s get started!

Gareth Bale is a Welsh soccer player who currently plays for Real Madrid. Real Madrid considers the Welsh player to be one of their favorites due to his exceptional agility and talent.

Not to mention, Bale was a key figure in Real Madrid’s Copa del Rey and UEFA Champions League triumphs in 2013-14, scoring in both finals.

The following season, the Welsh player contributed to the team’s FIFA Club World Cup victory by winning the UEFA Super Cup and scoring in the third major finals.

Similarly, Bale agreed to terms with Real Madrid in 2016 to extend his contract until June 2022, with a salary and incentive package worth up to $33 million per year.

The Real Madrid star is paid $19.7 million in salary and $5.5 million in endorsement fees. Elevens Esports, which he founded in February 2020, will compete in the FIFA eClub World Cup for the first time.

David De Gea, the only goalkeeper on the list of best-paid soccer players, is a fantastic soccer player and is widely regarded as one of the world’s best goalkeepers.

David De Gea extended his contract with Manchester United until 2023 in September 2019.

David de Gea has an estimated net worth of $75 million.
His annual salary is $22.7 million, and he receives a $3 million endorsement fee.

Similarly, his endorsements include Adidas, EA Sports Viva 15, Pepsi Max, and numerous others.

In addition, to commemorate his 100th Premier League match shoutout, Adidas created a one-of-a-kind set of goalkeeper gloves in 2019.

Greizmann scored 14 goals for France, helping the country win the World Cup in 2018.

On the field, Antoine Greizmann is the highest-paid soccer Greizamnn (Source: Instagram)
He signed a five-year contract with Barcelona in 2019 as a result of his talent and performance.

Antoine also signed a contract with Barcelona for €120 million, making him the fifth-most expensive player in history.

His current salary is $21.2 million, with an endorsement fee of $5.5 million.

Puma, Huawei, Head & Shoulders, Gillette, EA Sports, and many more are among the player’s sponsors.

After two years with Chelsea, this Brazilian player made an unexpected move to the Chinese Super League in 2017.

He helped Chelsea win the Premier League, League Cup, and Europa League during his time with the club.

Oscar also earned two Chelsea Goal of the Season awards for spectacular strikes against Juventus on his full debut in 2012 and QPR in 2014.

Despite this, Oscar has received praise from fans, players, and staff for his skill and tenacity during his time at Chelsea, where he scored 38 goals in 203 games.

Oscar was offered £60 million ($82 million) to join Shanghai SIPG based on his performance and track record.

He currently earns a salary of $25.8 million per year, plus $1.7 million from his endorsement, for a total annual salary of $27.5 million. Adidas is one of Oscar’s major sponsors.

By signing a contract and becoming one of the club’s highest-paid soccer players, the German player has made the Arsenal team proud.

Ozil, who was a key member of Germany’s World Cup-winning team in 2014, has 36 goals and numerous assists in 182 games.

In addition, he helped end Arsenal’s nine-year trophy drought in England by winning three FA Cups and recording the second-most assists (19) in a Premier League season.

The 33-year-old has been with Arsenal since joining from Real Madrid. He has agreed to a three-and-a-half-year contract extension with Arsenal (2018-2021) worth approximately $24 million per year.

The total salary of the Arsenal midfielder is $23.2 million, with an endorsement fee of approximately $5.5 million.

Adidas, Mercedes-Benz, and Beats Electronics are among Arsenal’s major sponsors.

He is one of the highest-paid players in the world, earning a total of $28.7 million. We can’t wait to see what he comes up with next.

The Spanish soccer player helped his country win the Euro Cup in 2008 and 2012, as well as the Global Cup in 2010; it was the first time a national team had won three major world championships in a row.

Similarly, Andres spent 22 years with Barcelona before joining Vissel Kobe in 2018. The Barcelona star agreed to a three-year contract worth $30 million per year (£22.2 million).

The 37-year-old then agreed to a two-year contract with the J-League club in May 2021, which would pay him an estimated $30 million per year until 2023.

Similarly, the player’s recent annual salary is $30 million, and the endorsement fee is $4 million.

After 19 years with Nike, the Spanish player switched to Asics (Japanese footwear) in 2018.

In addition, he owns the Spanish sportswear label Mikakus. Iniesta also owns Bodegas Iniesta, a winery in Spain that began production in 2010.

Similarly, the Polish captain, who signed a five-year contract with Bayern Munich in 2014, is well-known throughout the world for his talent.

The Polish striker’s four-year contract with Bayern has been extended until June 2023. And the annual salary is expected to be $20 million.

Furthermore, Robert’s current salary is $27 million, with a $7 million endorsement fee. Nike, Huawei, Procter & Gamble, Opel, EA Sports, and many more are among the sponsors.

Robert has over 4 million followers on TikTok because of his dance and exercise videos.

In 2014, he also received the Bravo award. In addition, after helping Juventus reach the UEFA Champions League finals for the first time in 21 years, he was named to the FIFA Pro World XI in 2015.

Manchester United scouted Pogba because of his singing career. As a result, the French soccer player joined the ‘Red Devils’ from Juventus in 2016 for £89.3 million.

Today, the French Star earns $28.5 million, including a $7 million endorsement fee. Adidas and Pepsico are among his major sponsors.

In April 2021, he signed a deal with Amazon Studios to create “The Pigmentary,” a documentary series about his life that will premiere in 2022.

The Egyptian captain is regarded as one of the best players in the world, with exceptional finishing, dribbling, and speed.

Mohamed Salah has a stellar track record for the African nation, scoring 43 goals in his first 46 games.

Salah signed a new five-year contract with Liverpool in 2018 as a result of his outstanding performance. The signed contracts included a salary and incentive package worth £36.9 million, with add-ons worth up to £43.9 million.

Furthermore, in October 2020, the player scored his 100th goal for Liverpool, making him the fastest player in Premier League history.

In December 2020, Salah will become Liverpool’s career goals leader once more in the Champions League.

Salah’s annual salary is $22.5 million, with a $15 million endorsement fee.

Ladies and gentlemen, Kylian Mbappe, the youngest player on the list of the best-paid soccer players in the world, is one of the current generation’s rising stars.

Mbappe’s accomplishments demonstrate unequivocally that he is here to stay. The player scored in the World Cup final and was named the Best Young Player.

Similarly, the French star is currently playing for Paris Saint-Germain.

PSG signed him to a five-year contract worth $20 million per year with bonuses due to his incredible talent.

Mbappé won three Ligue 1 titles and three Coupe de France titles after joining Paris Saint-Germain. He was also named Ligue 1 Player of the Year and has been the league’s top scorer for three seasons.

Mbappe’s annual salary is $26 million, with a $14 million endorsement fee. Electronic Arts, Hublot, Nike, and EA Sports are among the player’s major sponsors.

This top-rated soccer player is also one of Brazil’s most prominent players today. Furthermore, as a result of his success, Neymar is now one of the most expensive players in the world.

He previously played for Barcelona before joining Paris Saint-Germain. From 2013 to 2017, Neymar was an integral part of Barcelona’s success, scoring 105 goals in 186 games.

But he decided to part ways and signed with Paris Saint-Germain. The transfer of Neymar from Barcelona to PSG is regarded as one of the most expensive in soccer history.

Neymar is the highest-paid soccer player.
Neymar (Image courtesy of Instagram)
Similarly, the new contract includes $263 million in base salary, a slew of performance bonuses, and a significant increase if PSG wins the Champions League.

His annual salary is now $76 million, with an endorsement fee of $19 million. Flutter Entertainment, Puma, Qatar Airways, Red Bull, Triller, and Epic Games are among his sponsors.

This legend can’t be stopped! Ronaldo has remained in the top three most-paid soccer players for many years and is still going strong.

After nine years with Real Madrid, Ronaldo signed a four-year contract with Juventus in 2018.

Not to mention that his four-year contract with Juventus pays an annual average of $64 million.

After joining Juventus, he set several records, including breaking Brazillian icon Pele’s goal record with a hat trick against Serie A rival Cagliari in March 2021.

Similarly, the Portugal star is the first active team-sport athlete to earn more than a billion dollars in his career.

Furthermore, the player’s annual salary is $70 million, with the endorsement fee alone bringing in $50 million. DAZN, Herbalife, MTG, Nike, Unilever, and many more are among Ronaldo’s sponsors.

Lionel Messi, the goat himself, is the most expensive and highest-paid soccer player in the world. Messi signed a new contract with Barcelona in 2017 that will keep him at the club until 2021.

Similarly, Messi has six FIFA Player of the Year awards and the European Golden Shoe for the best scorer on the continent. Argentina won Copa America again in 2021.

The full terms of the Argentina legend’s contract were not made public at the time. However, he is expected to earn $80 million (€70 million) per season.

Messi launched his clothing line and retail store, the Messi Store, in Barcelona in 2019.

Furthermore, Messi earns $97 million per year in salary and $33 million in endorsement earnings. Gatorade, Hard Rock Cafe Inc., Jacob & Co., Ooredoo, PepsiCo, and many more are among his sponsors.

That concludes the list of the top 13 highest-paid soccer players in the world right now (2021). 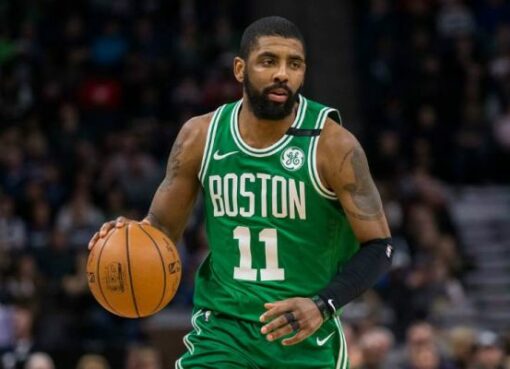 About Kyrie Irving’s Girlfriend? All of the Specifics of Her Previous Affairs And Relationships

Kyrie Irving is a well-known and professional American basketball player who now plays for the National Basketball Association's Cleveland Cavaliers. In addition, he was the fourth member of Team USA
Read More 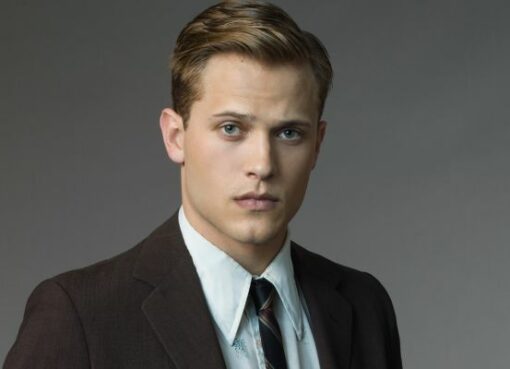 Wyatt Nash Discusses His Married Life With His Wife, As Well As His Interests in Movies and TV Shows!

A former contestant on the 22nd season of the popular television game Survivor, Wyatt Nash became well-known in 2011. In 2011, he was nominated for an Emmy Award for his work as a television personali
Read More 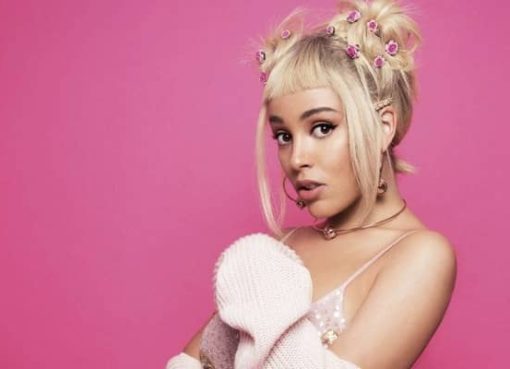 Doja Cat Is Hates Her Interview Magazine Photoshoot But Loves the Memes!

There are a variety of reasons why Doja Cat has gathered such a large following. One of the key reasons for her popularity is that she is shamelessly herself and down to earth. She has no qualms ab
Read More