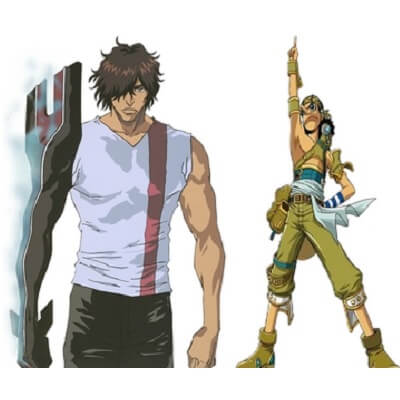 It’s an unfortunate reality of anime that nearly all of the male characters have hair that lacks any sort of structure. The truth is that the majority of men in anime have straight hair, or hair that is artfully windswept, or hair that is cut to a specific hairstyle, with only a few exceptions. Any man with a daring ‘doo will be noticed. Men with curly hair have an undeniable presence that cannot be overlooked, and their hair has become an integral part of who they are. The aesthetics of anime are one of its best features; the design style, the amount of detail put into the backgrounds, and the appearance of the characters are all factors that can be just as enjoyable as the plot itself. The character design, specifically their curly hair, in this case.

The ten male characters on this list were chosen for their curly hair first and foremost. Many of these characters, on the other hand, are brave and genuine people who add to the anime in a variety of ways. As a result, the people on this list are not only the best in terms of curls, but also in terms of personality and behavior.

10. Usopp from One Piece

Usopp from One Piece, a scrappy pirate known for his unruly mess of curly, black hair, is number ten on the list of top ten curly haired male characters in anime. Usopp is undeniably a charter of good intentions, as evidenced by his long nose and tendency to lie. Usopp, the son of pirate Yasopp, proves to be a worthy and valiant fighter in the end.

Usopp, rather than conceding defeat after his usual routine of crying wolf and falsely warning the villagers of pirate attacks turns out to be true, instead demonstrates his own worth. Usopp, with his Pinocchio nose and curly hair, is an admirable leader who starts off the top ten curly haired characters list.

Daryl McGuinness, a Latino suit pilot with curly hair, stands out as a character in Mobile Suit Gundam: Unicorn thanks to his distinctive hair. McGuinness is actually quite dangerous, capable of taking down foes with his skill and power, despite his seemingly laid-back demeanor. Daryl McGuinness, a Lieutenant Junior Grade ranked official, has both clout and a cute hairstyle.

Daryl is a valuable member of the Tri-Stars who works hard at all hours of the day and night. Daryl’s determination shines through when he pilots the RGM-96X Jesta. Daryl McGuinness and his unmistakable hair always look good no matter what he’s doing or who he’s fighting.

Sakata Gintoki from Gintama is known for his naturally silver, permed hair, which he flaunts throughout the anime. Gin’s curly hair is a major part of his appearance, and thus the anime, whether he curses his distinctive hair for his poor love life or is mocked by other characters who claim his hair is unnatural. His outward appearance, which corresponds to his personality, can appear disheveled at times.

Gin is an easy favorite for Gintama viewers because he is a powerful character with fighting stamina and a deceptively genuine personality. Gin is an excellent fighter, especially with a sword, as a samurai who fought in the Joui War. Gin is a very caring person who never fails to entertain, despite his immaturity. Gin is a valuable addition to this list of top ten curly haired anime men, with his golden heart and silver curled head.

Kyoraku Shunsui is a Shinigami who isn’t afraid to be outspoken. His laid-back and sensitive demeanor, combined with his signature pink kimono designed for women, make him stand out. And, of course, a healthy bundle of wavy brown curls lies beneath his Sugegasa straw hat. Kyoraku, brave but not particularly violent, commands attention wherever he goes. He dabbles in romance writing on occasion, though his books aren’t particularly well-known.

Kyoraku’s curls are the most prominent feature of his appearance, but they are far from the only one. By most standards, he is an unnaturally hairy man who is frequently seen with scruff and chest hair poking out from beneath the folds of his kimono. Kyoraku deserved to be ranked seventh on the list of top ten curly haired men because he was an honorable warrior with a magnificent head of luscious curls.

While Armstrong is number four on the list, calling him a curly-haired character is a stretch; his hairstyle, as impressive as it is, consists of only one, single curl. Armstrong stands out from the other characters not only because of his curl, but also because of his overall appearance. Armstrong, despite his intimidating appearance, is a sensitive soul who hides his heart beneath rippling layers of rock-like muscles—and, of course, his single curl.

Armstrong is a State Alchemist for the Amestrian Military and is known as the Strong Arm Alchemist. Armstrong’s physical strength and alchemist prowess are impressive, but they aren’t the only advantages he can provide. Armstrong was an undeniable addition to this list due to his endearing personality and unique locks, as well as his indestructible single curly lock.

Ryouta Miyagi of Slam Dunk is number five on the list, a quick-footed point guard who has had bad luck with the ladies. Ryouta stands out due to his dark brown curls, despite being best known for his basketball skills and on-court arrogance. Ryouta is Sakuriga’s best friend on the basketball team, and he is forever in love with his friend and manager, Ayako.

Ryota appears to be a rougher character than he actually is at first glance. Despite his rough exterior, Ryouta is a dedicated and caring individual. Because of his arrogance, he occasionally gets into fights with other characters, and his size is significantly smaller than the average basketball player. Regardless, he has good intentions and always gives it his all. On top of that, Ryouta is regarded as one of the league’s best players. It goes without saying that he has the hair to match his abilities.

Takurou Sakakiba from Persona: Trinity is number four on the list of top ten curly-haired male anime characters, with a thick black Afro and a loyal personality. Takurou is a laid-back guy who genuinely cares about the people he loves, but he also harbors a bitter grudge against his own father, who abandoned him when he was a child.

Takarou learns to wield his own strength, despite occasional struggles with his own abilities. Takarou is a dependable person who always tries his hardest in life, and he is a good friend to Shin Kanzato. Takarou makes the top ten best curly haired anime characters list thanks to both his hair and his unwavering loyalty.

Space Cowboy, I’ll see you later. The main character of the cult classic anime Cowboy Bebop, Spike Spiegel, is a scruffy scoundrel with an insanely appealing aura. He is a lone bounty hunter who spends his time roaming the space system, and he embodies the definition of cool, from his wrinkled purple suit to his wild collection of curly hair, as you might have guessed. Spike’s distinctive hairstyle can be recognized throughout the anime.

Gajeel stands out not only for his business attire, but also for his short, curly hair, which he wears without fail. Gajeel’s curls are one of his most distinguishing features, despite having a lookalike from another world. This curly-haired Gajeel lives in Edolas and is the counterpart to Gajeel Redfox from the Fairy Tail Guild.

He is committed to his own integrity, regardless of the enemies he makes as a result of his scrupulous behavior. A well-educated writer who also enjoys other artistic pursuits like singing and playing instruments. While he has a tough exterior, he is actually a sensitive individual who is fiercely committed to his own beliefs. With his knowledge and tenacity, he proves invaluable, and his distinctive curly hair ensures that he stands out in a crowd.

The show is literally named after his hair, and with such a legacy, Afro from Afro Samurai is ranked first among the top ten male characters with curly hair. While it’s always refreshing to see anime characters drawn in a different style, seeing people of color represented is even more so. Afro is a hardworking, kickass character who is unwavering in his pursuit of vengeance and has every right to be at the top of this list.

Afro Samurai was not only a hugely popular anime, but it was also adapted into manga and video games, and it has a large following. He’s way cool, and he’s got the hair to back it up. Set in a futuristic Japan, the warrior with the number one headband will possess ungodly powers. On his quest for greatness, Afro travels across the country, defeating enemies of all kinds. 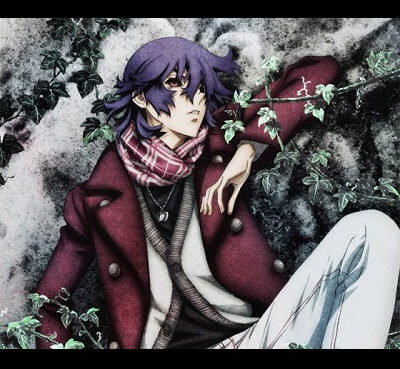 Unusual hair colors are a common occurrence in the anime world. Characters are differentiated by them, and their personalities are defined by them. Despite this, purple-haired men in anime are still a
Read More 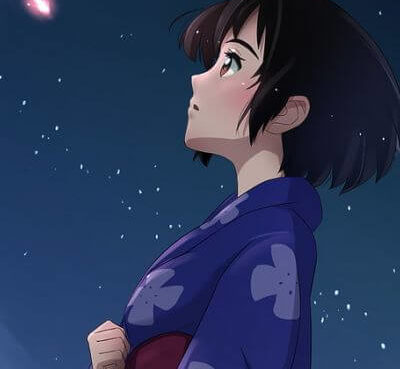 Your Name: Kimi no Na Wa short story A strange, random phenomenon occurs between a teen boy living in Tokyo and a teen girl living in the country. They switch bodies for a day at a time on occa
Read More 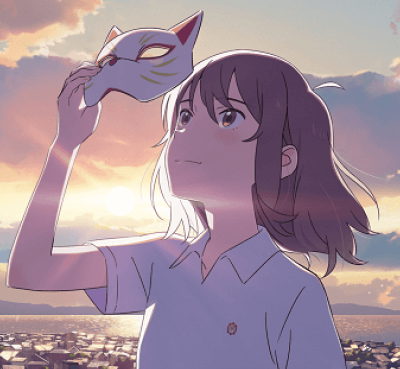 Muge, also known as Miyo "Muge" Sasaki, is the main character in Nakitai Watashi Wa Neko Wo Kaburu ( A Whisker Away). Wearing a Cat Mask, she transforms into a cat to interact with Kento Hinode. Taro
Read More