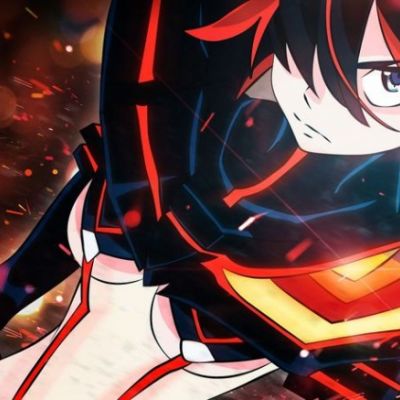 The term “badass” is not to be taken lightly. With each anime, everything can be awesome, cool, or plain awesome in its own way, but badass is a completely different realm. When a character simply walks down the street and his enemies die all around him without the character doing anything, that is a badass moment. Badass is when someone’s scheme blows your mind so hard that you have to watch the scene ten times to fully comprehend what just happened.

Everyone likes badass, whether it’s the rush of adrenaline from a fight scene or the feeling of being completely lost in thought. If you enjoy badass as much as we do, you’ve come to the right place. Welcome to the Top 10 Badass Anime list!

Ippo is a scrawny young man who has spent most of his life being bullied by his classmates. During one of his bully sessions, he is miraculously saved by a boxer. Despite this, he passes out from his injuries and awakens in the boxer’s gym. Takamura is the boxer’s name, and he is one of the gym’s boxers. Takamura encourages him by putting a photo of his bullies on a punching bag. Ippo is inspired in a new way as a result of this, and he decides to pursue a career as a professional boxer. Ippo will punch his way through the boxing world with grit and determination!

Hajime No Ippo is a boxing anime that doesn’t rely on internal energies, historical weapons, or inherited powers to make fight scenes interesting. It’s simply the boxing scene’s fighting essence captured in anime form. Two men who have spent their entire lives training to defeat the other face off, trading blows in a battle of strength and attrition. The pure testosterone coursing through the fight scenes screams badass, and it’s made even better by the fact that everything could happen in real life!

Have you heard of the vampire hunter Van Hellsing? In this series, there is a vampire-hunting organization based in Britain, of course. Hellsing is an apt name for it. The vampire hunters must contend with a variety of enemies, including vampires, ghouls, humans, and other secret organizations dating back even further in history. They do, however, have a secret weapon in the form of an extremely powerful vampire named Alucard (Dracula reversed). Alucard, who possesses all of the powers of a vampire and more, must assist the Hellsing organization in combating all of their enemies before it is too late.

Alucard is well-known in the anime community for being a badass, and with good reason. Scenes of vampires fleeing him only to be ripped to shreds in a gory fashion, or even when a group of SWAT soldiers armed with silver bullets are given permission to die at the hands of one of the most powerful vampires ever. This isn’t the Twilight Saga. Even the antagonists are badasses in their own right. What can anyone say in the face of a thousand vampire Nazis?

8. Ghost in the Shell

Cybernetic implants have been developed in the future to help the crippled and weak become strong. Some people have gone so far as to have almost their entire body replaced with augmentations in order to become the ultimate human. Motoko Kusanagi, the protagonist, is one of these people, though her avarice stems from an accident she had as a child. She leads a group of cyborgs, AIs, and regular people on a mission to find the elusive hacker known as the “Puppet Master.”

Remember how awesome the fight scenes were throughout the Matrix trilogy? Ghost in the Shell is basically the same thing multiplied by ten. The main character Motoko Kusanagi receives the majority of the attention in the show, which is fine given the direction her character takes. She exemplifies the golden rule of showing, not telling, when it comes to portraying a badass female character. And if the main character is badass, it stands to reason the rest of the show should follow suit.

A creature exists that blew up the moon and now threatens to do the same to Earth in a year. Its demands are simple for that one year. Allow it to teach Class E of Kunugigaoka Middle School while they attempt to assassinate him; otherwise, it will destroy the Earth. It won’t be easy, though, because the creature can move at Mach speeds and has a slew of other bizarre abilities.

Koro-sensei is a powerful creature, but he isn’t a badass. In a desperate attempt to save the world, the government hires assassins to train the students on a daily basis. It’s taken with a lot of trepidation at first. However, as time passes, each develops their own set of assassination skills in order to contribute to the cause and establish themselves as badasses in their own right. Unlike the previous example, it is not one character’s badassness that makes the series badass as a whole; rather, it is the sum of the series’ badassness.

6. Kuro no Keiyakusha (Darker Than Black)

Contractors emerge with supernatural abilities that seem to ignore the realities of physics after ten years of the appearance of two gates of heaven and hell. It does, however, come at the expense of their humanity. Hei, the protagonist, is one of these Contractors. He’s earned the moniker “Black Reaper” and works as a mercenary on missions. With each mission, he learns more and more about the Contractors’ underlying plot.

Darker Than Black is about characters with minor abilities who make the most of them. For instance, Hei has the ability to conduct electricity through objects and people. When compared to characters like Enel from One Piece, this isn’t much, but the way they use their abilities screams badass. That scene in which Hei attaches a metal wire to his target’s wrist and shocks them to death while avoiding his pursuers? That screams badass to me!

Saitama is a hero who has grown so powerful that he can defeat anyone with a single punch. He should be able to be the hero that everyone admires, but he isn’t. In fact, he is dissatisfied with his life because he is no longer challenged. But everything changed when he met a cyborg who suggested they join the Hero’s Association to take on more difficult foes.

One Punch Man quickly dismisses the plot in favor of over-the-top fight scenes that move quickly and intensely while remaining slow enough for the audience to follow. If a hero who can defeat everything with a single punch isn’t bad enough, telepathic espers, muscle bound kung fu masters, and alien overlords are all vying for the title of best badass!

Fate/Zero is a prequel to the popular Fate/Stay Night series, and it follows the events of the Fourth Holy Grail War, focusing on the much more gruesome events that occurred before Fate/Stay Night began. Kiritsugu Emiya, Shirou Emiya’s adopted father, is an assassin hired by one of the magus families to win wars. The magus of the Fourth Holy Grail War, dubbed the “Magus Killer,” is in for a fight.

Due to the scale of the fights between the Heroic Spirits and the grittiness of Kiritsugu Emiya, the prequel feels much more badass in comparison to the main series. Armies will be raised from the ground up, kings will be deposed, and assassins will be eradicated. Each character’s badassery will clash, resulting in one of the most badass animes of all time!

After his life is saved by another, George Joestar takes in his benefactor’s son, Dio, when his benefactor dies. Dio is dissatisfied with his lot in life and seeks to inherit the Joestar fortune from George and Jonathan Joestar. Jonathan Joestar’s grandson discovers a stone mask and a plot by evil vampires to take over the world through a strange chain of events!

This is, without a doubt, a strange anime, as evidenced by the title. Whatever the plot, Jojo is a return to form for anime in that it exemplifies the manly macho overtone that has been missing from the anime scene for a long time. The series just gets more and more badass as it progresses, with a never-ending stream of epic fight scenes and new powers.

Prime Minister Honest intends to take advantage of the naive child emperor and profit from him. To deal with the threat, the Revolutionary Army forms the Night Raid, an assassination unit. Tatsumi aspires to their ideals and flees his impoverished village to help improve the lives of those around him. Tatsumi and the Night Raid are closely followed in the series as they fight the Empire for a better future.

Kill, Akame! Is rife with dark themes and gore. Each character is traumatised by the amount of violence they are subjected to as well as the violence they inflict on others during their fights. The main character perseveres and grows increasingly badass the longer he fights. Sometimes we are born badass, and other times our circumstances force us to be.

With their revolutionary new machine, the Knightmare Frames, a mobile humanoid vehicle, the Holy Empire of Britannia has conquered Japan and many other countries. Each country loses its identity, rights, and privileges, effectively turning its citizens into indentured servants. Lelouch now resides in Japan, which has been renamed Area 11. He is an exiled prince posing as a student with vengeful intentions. He gains the power of the kings named Geass through a chance meeting with a mysterious green haired girl named C.C. Lelouch sets out to conquer the world with his newly acquired power!

The anime you’ve seen on this list are mostly about badass characters who are badass in a mostly physical way, whether through strength, skill, or determination. Lelouch, on the other hand, is a very different kind of character. He possesses no redeeming physical qualities, and his lungs are as bad as those of a chain smoker.

But his mind is leagues ahead of even the most brilliant scientists, capable of devising tactics and strategies that perplex both his opponents and the audience. When the viewer finally pieces together the plan that he has been hinting at all along, everything seems to fall into place, and his enemies can do nothing but watch and struggle as they face their doom. It was all at the hands of an adolescent. 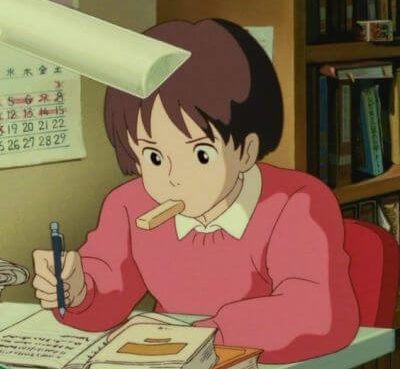 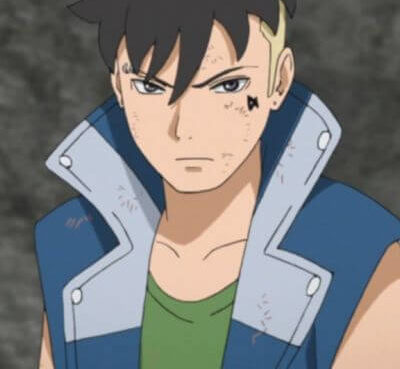 Kawaki is a child raised by Kara to be Isshiki Otsutsuki's future vessel and the key to granting their greatest wish. After being brought to Konohagakure by Team 7, Naruto Uzumaki adopts him and raise
Read More 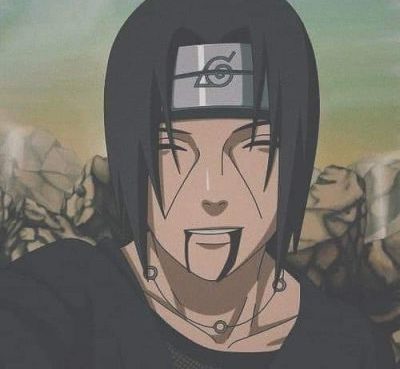 Who is Uchiha Itachi? Uchiha Itachi is a fictional character in the Naruto manga and anime series created by Masashi Kishimoto. He is known as the older brother of Uchiha Sasuke and a member of the A
Read More