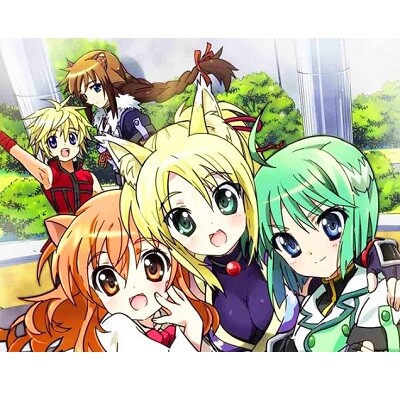 Foxes appeared frequently in traditional Japanese folklore. They were depicted as divine beings with limitless knowledge at times, and as shape-shifting tricksters at other times. The kitsune is now a popular anime character, and kemonomimi, or “humans with animal ears,” are more popular than ever. Because of the animal’s long-standing popularity, there are numerous fox girl characters in various series.

Some kitsune gals embodied many of the stereotypes created by folklore, but others are a breed unto themselves, defying stereotypes entirely. Regardless of legends, it’s difficult to deny that fox girls have a special allure. There’s something about these tenacious foxes that makes them memorable characters, though some are more enthralling than others. With that in mind, let’s move on to our list of the foxiest kitsune ladies in anime!

Yukikaze’s parents are earth deities, which gives her characteristics that set her apart from the rest of the pack. She’s not only a kitsunemimi, but she’s also a little odd in her use of archaic language when she speaks. She has the agility and speed of a fox in battle, and she is extremely adaptable thanks to her proficiency with a variety of weapons.

Hoozuki and Bonbori are both foxily playful, cheerful, and difficult to distinguish from one another, which annoys them. Hanakari, the person they’ve been assigned to work with to help bring peace between spirits and humans, appears to be the only one who can tell them apart. They both enjoy teasing Hanakari, but they have a special bond with him.

Foxes are no exception to the rule that two is better than one. Many of the fox girls in the show, including Hoozuki and Bonbori, are kitsune twins who work for the Ministry of Spirit Affairs. In fact, there are so many kitsune side characters in the series that choosing who to mention in this article was difficult! In any case, if you enjoy foxy ladies, you won’t want to miss this show!

The story of Ghost Sweeper Mikami is set in a world where human development has destroyed the homes of spirits, forcing them to flee and wreaking havoc. Exorcists appear to be the only source of hope and order in this world. The series revolves around a hired Exorcist duo and the mysteries and supernatural creatures they encounter. Tamamo the kitsune is an example of this type of creature.

Tamamo, a fox-girl, is encountered by the two protagonists. Tamamo’s hair, which resembles the nine tails she possesses in her true form, is the only indication of her true power in her human form. Tamamo is actually a Kyuubi no kitsune, a nine-tailed fox with magical abilities who appears in numerous Japanese folktales.

7. Hagoromo Gitsune from Nurarihyon no Mago (Nura: Rise of the Yokai Clan)

A very long time ago, Hagoromo was a master of spirits. Now the kitsune spirit has been reduced to a being that must choose and possess human bodies – and if her host is defeated, she is defeated as well. Luckily, she can transfer between vessels at will, which allows her to conceal her true form as long as she is not truly bound to the human. In the series the demon possesses the body of a pretty young girl named Yamabuki Otome.

The ancient yokai is extremely self-absorbed, narcissistic, believing not only that she is better than others but that she is entitled to respect, power, and control. Foxes can be devoted parents, and despite her evil nature, Hagoromo is not an exception in the way she behaves as a mother. Though not a kitsunemimi, Hagoromo is an unforgettable kitsune demon villain.

In a universe based on Chinese mythology, Dakki acts as the main villain. She is portrayed as an evil kitsune temptress using the emperor like a puppet while she calls the shots from behind the scenes, manipulating him to see her sinister goals of total control to fruition. She is as powerful as she is beautiful, and uses every means possible to her advantage.

Foxes aren’t always benevolent in anime. Dakki is a cruel foe, and a bit sadistic, taking great pleasure in the suffering of others. She is not only a demon, but an ancient one, and time has made her a very competent and formidable foe. Interestingly, she can choose to take the bodies of female humans to occupy, rather than displaying her true, powerful kitsune form.

The protagonist in this series is a demon tamer – or would be if he hadn’t failed to tame his own demon, or inukami, and was thus considered a disappointment by his family. When he meets Yoko, she appears to be a simple target to tame, one he can use to reclaim his honor. He is, however, completely incorrect. In the end, Yoko Ono is a kitsune, not an inukami.

Yoko is more like a fox than a dog when it comes to obedience. She is disobedient and a prankster who enjoys pulling pranks on others. Yoko possesses classic kitsune abilities such as the ability to manipulate fire magic and the ability to teleport. She has a classic fox tail that she wears on occasion. She has an unusual obsession with chocolate cake and an intense fear of canid creatures.

4. Chizuru Minamoto from Kanokon (Kanokon: The Girl Who Cried Fox)

Chizuru Minamoto appears to everyone she meets as a typical adolescent, albeit a particularly attractive one. She conceals a secret that the series’ protagonist discovers, as he appears to have a talent for attracting animal spirits. Chizuru is a kitsune with shapeshifting abilities. Her hair turns from dark to blonde in her true form, and she has fox ears and a tail.

Chizuru is a powerful spirit who, in addition to her ability to change forms, wields the power of flame. She is open about her sexuality, especially when it comes to her advances on the series’ protagonist, and she is jealous and possessive of other girls. It’s one thing to have regular girls chase after you, but it’s quite another to have an ancient kitsune smitten with you!

Sakura appears to be a young attractive female who is encountered by the protagonist of the series, but she is actually an ancient fox spirit with hidden agendas. Because of her partial human ancestry, she only has eight tails instead of the usual nine that a kitsune is born with, limiting her power. Only by consuming enough power and growing stronger will she be able to reach her full potential.

While she initially tries to consume the protagonist’s energy in order to accomplish this goal, she is later so inspired by her that she joins the police force and is even partnered with her for a time. She defeats her opponents by combining her abilities to fly and control electricity with deadly firearm accuracy. There are many other kemonomimi characters in this show, just like in Dog Days and Otome no Yokai zero, so if you’re a fan, this show might be a good fit for you.

The Mizuchi family has been pursued by demons for as long as they can remember. Toru and Noboru Takagami are two siblings who are the cursed bloodline’s youngest members. In their mortal struggle against demons, the two have only one hope: Kuugen Tenko, their curious and resourceful family guardian.

Kuugen Tenko is a guardian fox deity who is so old that they can’t remember their true gender, so they change shape, alternating between male and female forms, like many kitsune. The foxy trickster had been trapped by the family for a long time, but after being freed, he took a liking to them and decided to protect them. To protect the two siblings, this gender-bending kitsune uses magic and spells against demons.

Zakuro is a half-breed demon and the series’ female protagonist. She works for the Ministry of Spirit Affairs, a group dedicated to resolving the growing conflict between humans and spirits. She, on the other hand, despises humans, especially those who embrace Western culture or are disrespectful of spirits. Zakuro is possessed by the spirit of the fox, which is likely the source of her vulpine ears.

Zakuro is a kitsune girl from the past in more ways than one. She not only maintains the form of fox spirits from Japanese legends, but she also despises those who defy tradition. Zakuro, like many kitsune, has magical abilities. Her fox-like agility also allows her to excel in combat, where she expertly wields a dagger. Her fiery personality and charming demeanor make her a memorable kitsunemimi character, earning her a spot on this list. 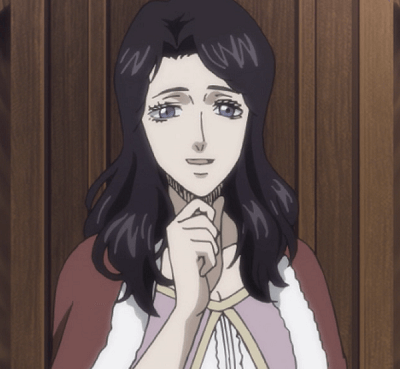 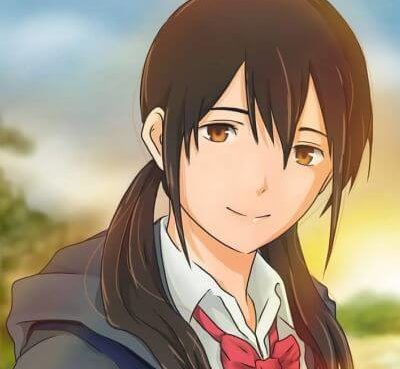 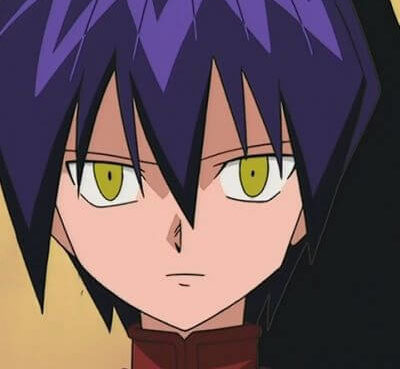 Tao Ren (Chinese pinyin: Dào Lián; English version and video games: Len Tao) is a fictional character in the Shaman King manga and anime series. Ren is the 43rd head of the Tao Family, and he was a me
Read More