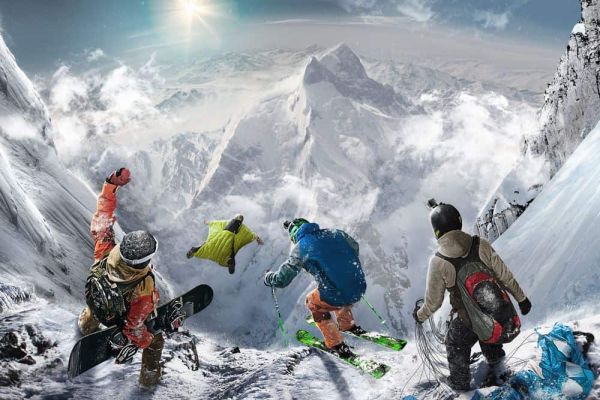 Indeed, a life of glitz and glam does not provide us with constant pleasure and satisfaction. That is why we have sports: to add excitement and suspense to our otherwise mundane lives.

However, has anyone noticed how we risk our lives for the thrilling validation that we seek? Having said that, losing something to gain something is a given!

In any case, numerous injuries occur around us every year, every day, and every hour.

Some are fatal, some are simple, and some are fatal. This is why, in addition to their soothing appeal, sports are vicious.

Today’s topic is the top ten most dangerous sports. To spice things up, we’ll talk about their danger level and common injuries.

Injury Rate: An average of 25 athletes are killed each year.

Base jumping is similar to sky diving in that participants jump with parachutes. Instead of jumping out of planes, they jump out of high-rise buildings. They jump from one fixed object to another, as the name implies.

This sport began in the late 1970s, and athletes participate in the adrenaline rush.

According to reports, the injury rate per jump is 0.2-0.4%, and one out of every sixty participants is expected to be fatally injured.

Furthermore, many are injured as a result of wingsuit malfunctions. Not to mention that they frequently collide with objects or the canopy while jumping.

The majority of base jumpers have ankle sprains/fractures, minor head concussions, or a bruised knee.

Overall, it is more dangerous than skydiving at the right times.

Luge can take several forms, including ice, track, and road. The ice would be the most dangerous of them all. It includes all gravity-based sports in which the athlete lies on a longboard and rides it.

The board can travel at a top speed of 140 km/h (87 mph). It increases the risk of muscle overuse and loss of balance.

Although there have been no deaths to date, athletes have suffered serious injuries, making it one of the most dangerous sports to attempt.

When compared to skeletons, luges are far more dangerous. Luge athlete Nodar Kumaritashvili died from the sport on the first day of the 2010 Winter Olympics in Canada.

The injury rate in gymnastics: 100,000 injuries per year

Gymnastics, as we all know, is all about balance, strength, flexibility, agility, coordination, and endurance. It depicts the extensive use of all body muscles.

Even minor injuries can add up to be significant, resulting in low bone density.

This sport has resulted in one death to date. Julissa D’Anne Gomez, a gymnast, was paralyzed after a vaulting accident. Unfortunately, she died as a result of her injury.

We’ve raced in a variety of vehicles, including horses, cars, motorcycles, and bicycles. All of them are among the most brutal sports we participate in.

When we talk about horse racing, it has the same effect on horses as it does on humans.

According to sources, ten horses die on average each week. Looking supercars or bike racing can reach speeds of 200+ mph. The speed at that limit is completely insane.

Of course, there are several safety measures in place, but many people are involved in car accidents.

In addition, over forty deaths have been reported in sports in the last two decades. In addition, they are involved in nearly 220 accidents each year.

In the bike racing world, approximately 84,000 people were injured each year. It’s no surprise that it ranked high on our list of the “Most Dangerous Sports.”

It is a surfing action performed in a strong ocean current. Indeed, their depth level causes several fatal injuries and, at times, death.

As a result, they frequently sustain injuries to the leg, head, and f back, and shoulder, and arm. The majority of their injuries were to their legs.

Rugby’s Most Dangerous Sports Injuries
The majority of the injuries are concussions or brain injuries. According to sources, one out of every four players is injured each season.

Bull riding, dubbed “the most dangerous eight seconds in sports,” varies according to tradition in different countries. It is also considered a more dangerous sport than football and rugby.

Bull riding causes serious injuries, most notably concussions. Injuries are also common, but fatalities are uncommon. So far, three people have died as a result of this sport.

Some bulls stomp on the players as they fall from the bull they are riding.

Yes, skiing using a helicopter rather than a ski lift. Nothing serious could happen unless the athletes are not careful; they could sustain muscular and skeletal injuries.

A heli-ski crash in Alaska once killed five people, including the Czech Republic’s richest man. Avalanche safety is also a major concern in this sport.

The injury rate in boxing: 7 deaths per year

Boxing is a dangerous and entertaining sport in the meantime. Imagine yourself in the ring with big bulky fighters hitting you across the face.

Even though safety equipment and protective gloves have been developed over the years, injuries are still common in the octagon. In terms of deaths from the sport, there have been 1,876 recorded deaths between 1890 and 2019.

Similarly, Maxim Dadashev died in July 2019 after suffering a brain injury during a fight with Subriel Matias. He was only 28 years old at the time.

Overall, boxers are more likely to develop severe neurological problems later in life, such as Parkinson’s or Alzheimer’s disease.

Mountaineering is one of the most difficult and dangerous tasks. It also includes the extreme weather conditions that a climber must face.

According to the sources, 5.6 injuries occur for every 10,000 hours of mountaineering. Not to mention the fact that approximately 30 people die each year. Meanwhile, some people go missing for years on end.

A simple blunder can cause them to fall to their deaths.

Summary The following summarizes our list of the most dangerous sports; take a quick look at the summary.

Let’s round out this section with some fun sports facts. We’ve all seen cheerleading as one of the most beautiful synchronizations of their balance and skills.

As many may not believe, a beautiful performance can also be lethal if done correctly.

According to statistics, 66% of females in college and high school suffer catastrophic injuries as a result of it.

It is, indeed, one of the most dangerous sports, with only one death to date. Anyway, that brings us to the end of the list.