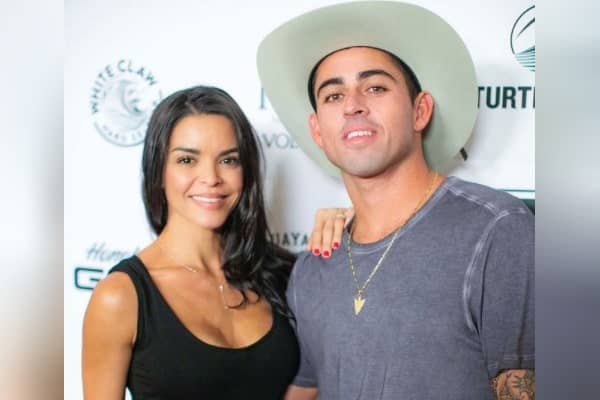 The 33-year-old is married to fellow Hawaiian Billy Kemper and has four wonderful sons. Without further ado, let’s take a look at Tahiti Hernandez and Billy Kemper’s relationship.

Who is Billy Kemper?

Billy Kemper, like Tahiti Hernandez’s older sister Tiara Bella Hernandez, is a surfer. The 29-year-old is a professional surfer, not just a surfer. The father of four has a plethora of trophies in his trophy cabinet as a decorated surfer.

Kemper is the 2017/2018 Big Wave Tour Champion, four-time winner of the Jaws Event, Sunset Open Champion 2018, and three-time Peahi Challenge Champion, to name a few. The surfer has a fantastic relationship with his father-in-law, Peter Hernandez, who is always full of praise and admiration for the decorated athlete.

Before Marriage, They Were Long Time Lovers

Before becoming husband and wife, Tahiti Hernandez and Bill Kemper had been long-time partners. Bruno Mars’ sister frequently posts throwback photos of the couple, but the dates have yet to be confirmed. The lovebirds appear to be in their late twenties in the photos.

They may have met through mutual friends because they are both from Hawaii. Aside from Bruno Mars, Tahiti Hernandez’s other siblings, Eric Hernandez, Jaime Kailani, Tiara Hernandez, and Presley Hernandez, may have also had a key role in bringing the two together.

It may have been easier for the husband and wife to meet and connect because they are both from Hawaii.

Tahiti Hernandez, Billy Kemper’s wife, was previously married to Joshua Sojot. There is very little information on the hula dancer’s relationship with the Hawaiian DJ.

In 2013, it was discovered that Bruno Mars’ sister had divorced her ex-husband, with whom she has two musically gifted sons. There is relatively little information about the Big Wave surfer’s former romantic life.

On November 7th, 2018, the four-time Jaw Event winner married Bruno Mars’ sister Tahiti Hernandez. In a joyful ceremony with only family and friends in attendance, the former girlfriend and boyfriend became husband and wife.

Little is known about the private event that took place in Honolulu, Aloha State. With so much talent in the family, it’s possible that the 11-time Grammy winner or the Lylas may have also graced everyone with their lovely voices.

At their wedding’s opening dance, the RedBull surfer and his wife danced to “Dancing in the Dark.”

Four Sons Are a Blessing

Billy Kemper and his wife Tahiti Hernandez have four sons in total, as previously stated. Two are from the fitness instructor’s previous marriage, while the other two are from the three-time Peachi challenge champion.

Nyjah Music and Zyah Rhythm are the sons of the Uproar Fitness brand ambassador’s ex-husband. Tahiti and her family’s passion and love for music inspired the middle names. Nyjah and Zyah also play live music with Tiara Hernandez, their aunt who spends a lot of time with them.

Even before marrying Billy Kemper, the Hawaiian had already given birth to two kids. Unlike their half brothers, Lion Kemper and Hazey Kemper prefer surfing to music. The accomplished surfer also mentors his sons and frequently takes them out to catch some waves together.

Billy’s Horrible Mistake Billy Kemper, Tahiti Hernandez’s husband, died in a tragic accident during the Big Wave Tour Championship in Morroco in February 2020. The surfer was forced to retire and was left with a shattered pelvic girdle, which had an emotional impact.

Kemper’s manager reported that the damage was caused by a mutant-looking North American slab, which caused the father of four to go down hard on the wave. The emotionally broken daredevil took his time to recuperate, and The World Surf League produced a docu-series on the incident.

The docu-series chronicles the entire incident as well as his recuperation. Billy Kemper will be eternally thankful to his family for their assistance in getting him out of this issue, and he appreciates the effort they put in throughout the series.

Billy Kemper and his wife, Tahiti Hernandez, grew closer as a result of the tragic disaster. The two Hawaiians were able to strengthen their bond as a result of this setback. Regardless, Billy Kemper and Tahiti Hernandez are happy in their marriage with their four sons. We wish the Kemper family all the best in their continued happiness and health.