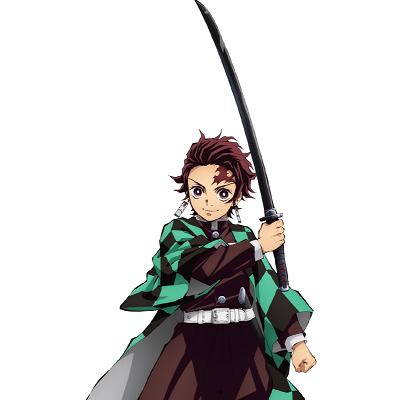 Tanjiro Kamado is the main character of Demon Slayer: Kimetsu no Yaiba. He is a Demon Slayer in the Demon Slayer Corps, and he joined in order to find a way to transform his sister, Nezuko Kamado, back into a human.

Tanjiro has been voiced by Natsuki Hanae in Japanese. This Japanese voice actor is known for his portrayal of Ken Kaneki in Tokyo Ghoul, Hikari Sakishima in Nagi no Asu Kara, and Kiri Haimura in Dansai Bunri no Crime Edge.

Zach Aguilar has voiced for the English version for the character. He’s voiced Slaine Troyard in Aldnoah. Zero, Genos in One Punch Man, Sieg in Fate/Apocrypha, Koichi Hirose in JoJo’s Bizarre Adventure: Diamond is Unbreakable.

Tanjiro Kamado was born on July 14th. Currently, he is 15 years old. He is the son of Tanjuro Kamado and Kie Kamado. He has five siblings, Nezuko Kamado, Takeo Kamado, Hanako Kamado, Shigeru Kamado, and Rokuta Kamado.

The scar originally looked somewhat like a graze until his fight with the Hand Demon during the Final Selection, after which it develops into his Demon Slayer Mark. It is noted that his hands are visibly rougher for someone his age, as a result of his rigorous training under Sakonji Urokodaki.

Tanjiro is a gentle soul who has been portrayed as having very gentle eyes by others. He is tenacious and will not give up after he has set a target for himself; the best example of this is his never-ending search for a cure for Nezuko. Even though he is competent on his own, Tanjiro isn’t afraid to seek assistance from others when he needs it.

Furthermore, He is extremely protective of his friends, especially his younger sister. Despite his good nature, Tanjiro has a limit to his tolerance and has a disdain for rudeness and cowardice, as he is easily irritated by Zenitsu Agatsuma’s excessive moaning and angered by Inosuke Hashibira’s barbaric behavior.

Kanao and Tanjiro had no contact when they first met at the Final Selection, as she remained aloof and silent at the conclusion of the ceremony. When they meet again later in the series on Natagumo Mountain, Kanao gets into a physical confrontation with Tanjiro while attempting to shield his sister from being killed, and Tanjiro is knocked out cold by Kanao.

When Tanjiro arrives at the Butterfly Mansion to recover, he notices her in the garden and instantly recognizes her as one of the Final Selection survivors, but not as his attacker. When they start training, Tanjiro finds it difficult to beat Kanao in all of the tasks due to her advanced skills, but he eventually adapts and defeats her. During one of the games, the goal is to splash the opponent with a strong-smelling tea; however, instead of pouring it on Kanao, Tanjiro puts the cup on her head to avoid splashing her, feeling it would be cruel to do so.

When Tanjiro bids her farewell after his recovery, he encourages her to be hopeful and to open her heart, and he smiles as he does so. When Kiyo suddenly calls out to her from behind, Kanao is seen holding her hands close to her chest and slightly blushing, and she falls flat on her stomach.

She may have had a crush on Tanjiro, according to an extra chapter following the conclusion of the Functional Recovery Training Arc.

Kanao begins to display more emotion and decisiveness as the story progresses, particularly when Tanjiro is brought back to the Butterfly Mansion to recover after the battles in the Entertainment District. She tears up when she realizes he’s awake and drops the flower vase on the floor, telling him she’s glad he’s awake.  When the other residents of the Mansion start bickering while she is visiting Tanjiro, she attempts to calm them down, but ends up screaming at them after he falls asleep again.

Kanao is the only aware Demon Slayer left during the war against Muzan Kibutsuji, and she attempts to will herself to keep fighting. Tanjiro manages to immobilize Muzan just as he is about to deliver the final blow, allowing him to bring Kanao to safety. Kanao sobs as she realizes he has awakened, and she repeatedly calls out his name, to which he reacts by apologizing for being late.

Kanao weeps as she sees Nezuko attempting to comfort Tanjiro after he transforms into a Demon. Her concern for the siblings prompts her to use Flower Breathing Final Form: Equinoctial Vermilion Eye to create an opening through which she can inject the Demon-to-human cure into Tanjiro, putting her own safety at risk while demonstrating her love for them.

She sheds tears of joy and is clearly happy to see Tanjiro safely returned to his human form, the two sharing tearful smiles as they lie across from each other.

Kanao and Tanjiro would eventually marry and start a family, with Kanata Kamado and Sumihiko Kamado as their great-grandchildren.

From the beginning, Tanjiro was able to catch Giyu Tomioka although he was not a part of the Demon Slayer Corps.  After starting his training in the Water Breathing, he has become capable of battling a number of demons, including a former Lower Rank 6, Kyogai. He would’ve defeated Rui, Lower Rank 5 if Rui hadn’t cut off his own head prior to recalling the Hinokami Kagura, which he learned from his father as a child.

Tanjiro has proved to be able to hold his own against even the Upper Rank, such as Akaza, after awakening his Demon Slayer Mark and training even more, with Giyu comparing his power to that of a Hashira. Tanjiro was able to battle Muzan alone after being poisoned by Muzan and seeing a strange vision of his ancestors.

Muzan had just defeated the five remaining Hashira, as well as Zenitsu and Inosuke, on his own. Due to the similarities between Tanjiro and Yoriichi, Muzan expressed his apprehension towards him.

Enhanced Strength: After his training at Sagiri Mountain, Tanjiro has gained enhanced strength and speed and has demonstrated a great use of it, as seen when he jumped twice his height over the Hand Demon, who killed Sakonji’s disciples, during Final Selection. His forehead is noted to be unusually sturdy as well since he’s able with it to injure Sanemi Shinazugawa, the Wind Hashira, and even momentarily stun Gyutaro, Upper Rank 6.

Immense Speed and Reflexes: During their second fight, Tanjiro can keep up with Akaza, Upper Rank 3, and an extremely agile Demon who can fly at subsonic speeds. Tanjiro’s pace increases even further after he awakens his Demon Slayer Mark, to the point that even Akaza couldn’t respond in time and process his movements.

Tanjiro develops exceptionally quick reflexes after awakening his Demon Slayer Mark, dodging and responding to attacks from both Akaza and the Demon King, Muzan Kibutsuji. This was also shown when he became enraged when he became capable of easily dodging and countering Daki’s attacks when she was in her weakened form, and Daki was unable to hurt him at all.

Tanjiro wields a regular Nichirin Blade, as do all Demon Slayers. His katana is black, but it turns crimson red when he uses Nezuko Kamado’s Blood Demon Art or when he uses his Demon Slayer Mark. His original hilt is a black ring with a border of the same color connecting it to its heart, resembling a wagon wheel in appearance.

His hilt is changed after the Swordsmith Village Arc to that of Kyojuro Rengoku, which is shaped like a flame with a red center and golden border. On the side of his blade, however, were just the words Destruction (Metsu?) etched.

Tanjiro’s swordsmanship skills have been improved to Hashira-levels after the events of the Swordsmith Village Arc, making him one of the most powerful swordsmen in the series.

I was extremely blessed to have been born. Please never forget to smile. When you cry, it makes me so sad, I’m never able to bear it. Never feel guilty about anything you do. Just remembering that we were alive is good enough. We fought together, and we smiled together. Like siblings, and like parent and child. Please hold your head high. I was extremely lucky to have met you, and it was a blessing. Your presence saved me, and it helped me cast aside all my loneliness. Living is a miracle in and of itself. Please live the best life you can possibly have. My beloved comrades. 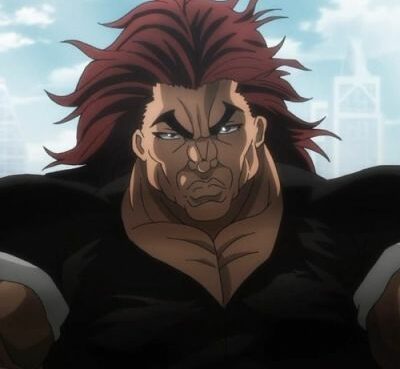 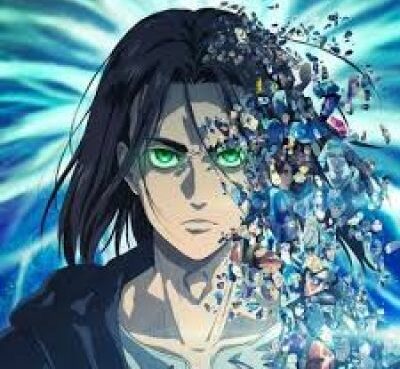 Eren Yeager's Workout Routine: Eren Yeager is an anime/manga character best known as the protagonist of the "Attack on Titans" series. It's one of the most anticipated anime in 2022, and we're all eag
Read More 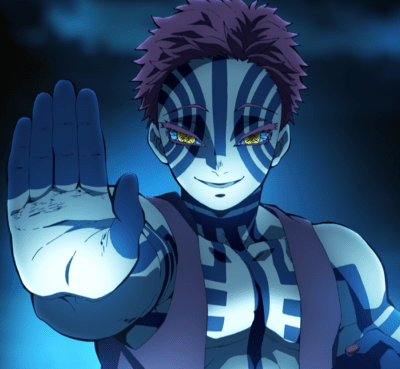 Workout like the impulsive Demon from "Demon Slayers" with the Akaza Workout Routine: Akaza is an anime/manga character best known for his role in the film Mugen Train. His significance stemmed fro
Read More