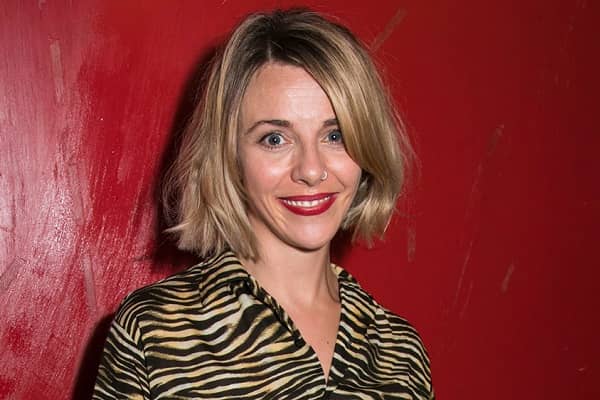 With the latest trailer for Marvel’s Loki causing a stir on social media, fans now have a date to label on their calendars.

Since not every fan can wait months to see the series, they pay close attention to every detail in trailers and previews.

Fans were wondering who Loki was sitting with in the new trailer, keeping the theme alive.

You May Have Missed It If You Blinked!

The God of Mischief sits down with an unknown female character for a split second at exactly two minutes and six seconds into the latest Loki trailer. At first glance, she resembles Scarlett Johansson’s Black Widow, who is currently seated somewhere in Vormir.

With a closer look, it seems that Marvel has finally agreed to include the Enchantress in the mix. At this point, everything is speculation. Cailey Fleming will play young Sylvie in the Marvel spinoff, according to the studio.

Sylvie Lushton was transformed into Enchantress in the comics after Loki imbued her with magical abilities, which fits with the series’ goal of further fleshing out the MCU’s mercurial villain.

As The Enchantress, Sophia Di Martino

Now that the studio has revealed a young Sylvie, and the story revolves around time travel and deception, it’s likely that we’ll get to see her grow into the potential Young Avenger as well.

When you add in the leaked on-set images of actress Sophia Di Martino wearing a green suit, which is Enchantress’ signature color, the theory starts to take shape.

It’s still a stretch to expect the comic character’s on-screen adaptation to make the transition in its current form.

Our best guess is that the on-screen Enchantress would have a lot in common with her comic counterpart in terms of backstory. Her persona, on the other hand, would be changed to something more appropriate for today’s world.

Despite this, many people believe the character portrayed in this painting is Lady Loki or a female version of the God of Mischief. This theory is also based on the same leaked on-set photo.

Many fans and media outlets believe Di Martino’s green costume is that of Lady Loki. The point, however, has one flaw: her hair.

Lady Loki has long been depicted as Loki’s female counterpart. As a result, they share a number of characteristics, such as a penchant for mischief, costume preferences, and hair color. The mystery woman’s hair is certainly not jet black, as shown by the leaked photo and the frozen frame from the teaser.

Overall, regardless of who Di Martino plays in the highly awaited season, she will undoubtedly play a significant role, as she is listed just below Loki in the cast-list.