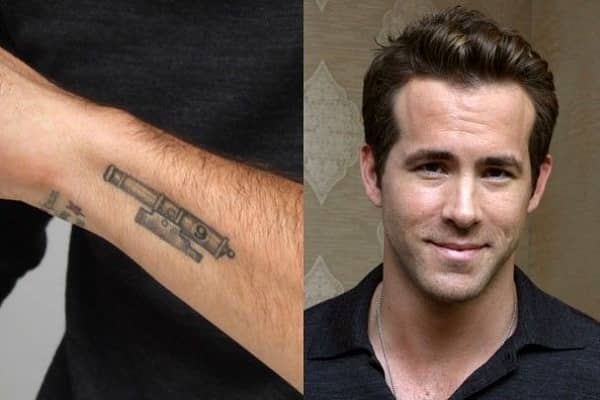 The ‘Deadpool’ actor takes three hours to cover up his tattoos. Ryan Reynolds is a well-known Canadian actor, producer, and entrepreneur who has appeared in films such as Deadpool, Green Lantern, and Pokémon: Detective Pikachu.

Reynolds has tattoos on various regions of his body, although he claimed in a 2015 interview with The New Yorker that he dislikes them.

Ryan Reynolds and His Tattoos

Reynolds has tattoos on his wrist and right leg in two places. On the side of his left wrist, the actor sports a cannon tattoo. The Nine O’clock Gun is a cannon in his hometown of Vancouver, Canada, that is fired every day at 9 p.m.

Another tattoo on the 44-year-old actor’s left wrist has a deep meaning. His other tattoo, ‘Know Thyself,’ is inscribed on the inside of his wrist. Reynolds got it done to help him stay grounded and remember who he is when the cameras are turned on.

The Deadpool actor has many tattoos on his right leg in addition to his wrist tattoos. Reynolds was photographed flaunting his leg tattoos while on a beach vacation with his wife (and fellow actress) Blake Lively and friend (and singer) Taylor Swift.

Various quotations, as well as a ‘six of hearts’ playing card, are written on his thigh. The tattoos on Reynolds’ leg are completed by a dance-related quotation in a British font near his calf.

Reynolds shared a pic with Dwayne “The Rock” Johnson on Instagram after his unexpected cameo in Hobbs & Shaw. Both actors are seated side by side in the video, dropping their shirts from their collars to display their tattoos.

While Johnson’s tattoos are real, Reynolds’ is not. Reynolds joked in his post that he was disappointed to learn about this. Johnson responded to the post, continuing the banter between the two stars.

He joked that if Reynolds took his shirt off to expose his tattoo, he would look cool and attractive, but that was not the case for him.

The actor admitted in an interview with The New Yorker that he despises all of his tattoos.

He had hidden the ‘Know Thyself’ tattoo on the inside of his left wrist during the interview. He admitted that tattoos like the six hearts card on his leg made sense in movies like Mississippi Grind, a gambling picture.

The actor who wants to have his tattoos removed via laser stated the only thing stopping him is the “hours and hours of horrible suffering.” He also revealed that his wife, Lively, advised him to preserve the tattoos as a memento of his decisions.

Reynolds also claimed that concealing his tattoos with cosmetics can take up to three hours. 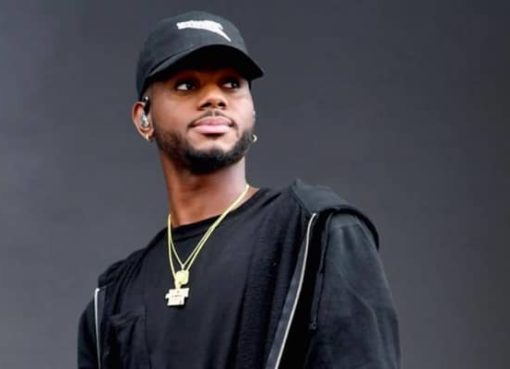 Bryson Tiller’s Daughters Get What They Want But He Does Not Want To Spoil His Younger Daughter!

Bryson Tiller is a multi-talented R&B and hip-hop performer. In recent years, his hit albums Trapsoul and True to Self have helped him acquire prominence. As a result, he's collaborated with a num
Read More 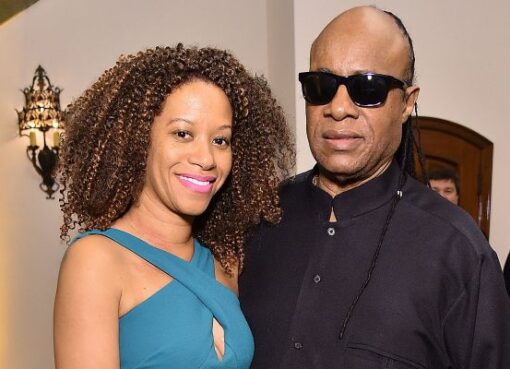 Congratulations to Tomeeka Robyn Bracy and Stevie Wonder, who married over the weekend in a magnificent wedding ceremony at Los Angeles' Hotel Bel-Air. The couple exchanged vows in an intimate ceremon
Read More 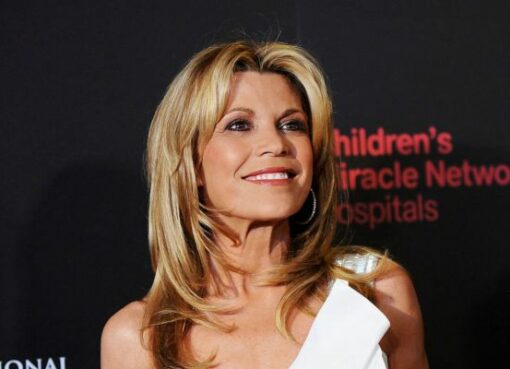 Vanna White’s Total Net Worth Will Definitely Spin Your Head With Her Six-Digit Salary!

If you're a fan of the longest-running syndicated American game show, 'Wheel of Fortune,' you're probably familiar with Vanna White, the show's attractive co-host who can be seen activating the puzzle
Read More