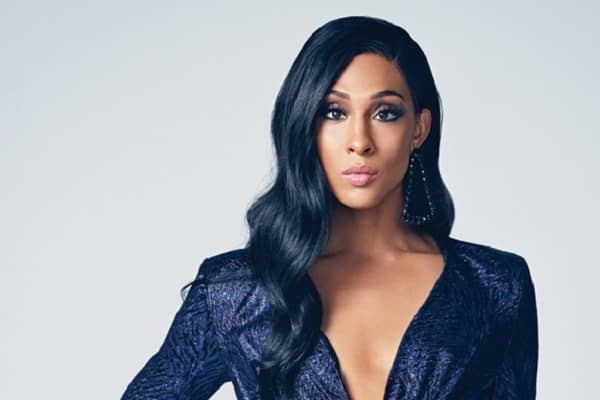 Mj Rodriguez (born Michaela Antonia Jaé Rodriguez) is an actress and singer who rose to attention after playing Angel Dumott Schunard in a theater production of Rent. Her performance also earned her the 2011 Clive Barnes Award. She now boasts an impressive acting resume, with roles in films and television shows such as Netflix’s Luke Cage, The Big Take, and FX’s Pose.

Rodriguez’s path to recognition and critical praise, however, was not easy. The actor, who was born a man, had to struggle for the right to embrace the change and move forward on her own.

In an interview with the New York Post in August 2021, she spoke candidly about her transition and how she saw old videos. The Newark native opened up about her early experiences of growing up in her hometown, saying she had her fair share of ups and downs because she was a “trans experience” lady.

Rodriguez, who underwent a complete gender transformation in the mid-2010s, later confessed that she enjoyed seeing her old films before her transition. She went on to claim that her prior appearance, lifestyle, and work did not make her feel uncomfortable, and that it did not prevent her from going forward in her life.

That’s why I’m glad I didn’t take them down. Many transgender women remove those because they believe it hinders their development as a person. But I don’t believe it hinders me. The 30-year-old also stated that she was content with where she was in life and how smoothly her music was guiding her on a pleasant path.

Rodriguez began acting at the age of seven, the same age at which she began to wish she was female. She came out to her parents as “bi/gay” when she was 14 years old.

But it wasn’t until 2012 that she made the decision to totally shift her gender. In 2016, she began hormone replacement medication, which she explained was the proper decision in an interview with Playbill magazine.

She stopped playing male roles after the transition and went on the lookout for a casting call for female roles. She has had the chance to play female characters in films and television shows.

In 2021, the celebrated actress made history by becoming the first transgender woman to be nominated for an Emmy Award in a major acting category. For her role as Blanca Evangelista in the third and final season of Pose, she was nominated for Outstanding Lead Actress in a Drama Series.

“It’s strange and liberating at the same time. I’ve never felt more liberated in my life, for two reasons: one, it’s never happened before, and two, it’s the first time it’s happened to me “She told Deadline about it.

Evangelista is a trans woman who, after learning she has HIV, decides to pursue her ambitions. She was cast in the series alongside four other transgender actresses in lead roles in 2017 – a first in television history.