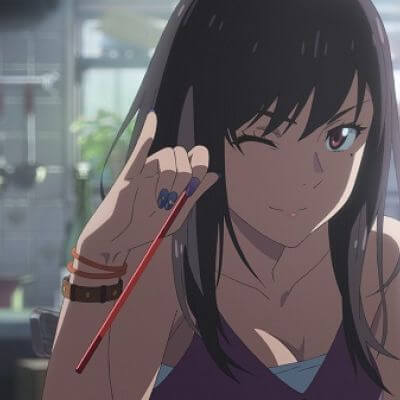 Who is Natsumi Suga?

Natsumi Suga is one of the three tritagonists in Weathering With You. She is a university student who works at a small editing studio.

The Japanese voice actor, Tsubasa Honda contributed her voice to Natsumi Suga in Weathering With You whereas Alison Brie has voiced for the English version of this character.

Natsumi is a carefree and mischievous young woman who delights in teasing others, just as she delights in watching Hodaka squirm when she correctly guesses that he is staring at her chest. Despite this, she is kind, caring, and loyal, keeping her uncle company, warning Hina Amano about the dangers of being a Sunshine Girl, and despite his criminal status, assisting Hodaka Morishima in finding Hina. In contrast to her uncle and Hodaka, who are only interested in urban legends and supernatural stories for monetary gain, she is a fan of urban legends and all supernatural stories.

Natsumi is a brunette with long brown hair, purple eyes, and thick lashes. She prefers to dress in cleavage-baring clothing that exposes her arms and legs. She also wears wristbands and nails polish.

Natsumi was born to Keisuke’s older brother and his wife in the year 2001. By 2021, she had grown estranged from her father (for reasons presumably related to sympathy and favoritism toward Keisuke) and had moved in with her uncle.

Natsumi first appears when Hodaka walks into Keisuke’s office looking for work. Hodaka erroneously believes she is Keisuke’s mistress. After Hodaka is hired, the two investigate urban legends about Tokyo’s unusual weather; they learn of a ‘Sunshine Girl’ and a ‘Rain Girl’—beings who can control the weather—from a psychic.

Following his meeting with Hina, Hodaka speaks with Natsumi about Sunshine Girls, and the woman swoons at the prospect of being a Sunshine Girl, before inquiring about Hodaka’s date with her. As Natsumi gets up to leave, Hodaka protests that it isn’t a date.

Later, while waiting for Keisuke to get off the phone, Natsumi writes her resumé in the car. Natsumi becomes disgusted with Keisuke as he tells her how little he pays him.

Keisuke and Natsumi continue to look into urban legends about a mysterious girl who has the ability to change the weather. They go to a shrine and meet a priest who tells them about a legend about a weather maiden whose power comes at a high cost.

Natsumi appears during Keisuke’s meet-up with Moka Suga in the park, prompting Hodaka to exclaim, turn to Keisuke, and ask if he’ll be in trouble with her because he has a wife. Hina and Natsumi accuse Keisuke of being a pervert because of his misunderstanding. Nagi and Moka summon Keisuke and Hodaka, while Natsumi sits with Hina and discusses the two departed men’s similarities. Natsumi inquires about Hina’s well-being, informing her of the dangerous Sunshine Girl rumor that the priest had informed her of.

After Hodaka is apprehended and flees the police to look for Hina, who had vanished as Natsumi had predicted, Natsumi tracks him down. She offers him a ride on her motorcycle and then drops him off when she comes to a large puddle and can’t go any further. After being apprehended, Natsumi stands with Keisuke and Nagi as the rain begins to fall again, indicating that Hodaka has saved Hina.

Even after three years, Natsumi is still close with the Suga family and Nagi, as Keisuke shows Hodaka in a photo of them that he has on his phone. 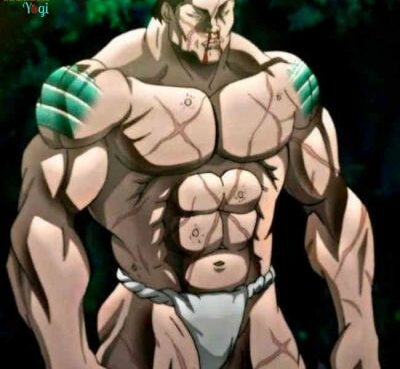 Kaoru Hanayama is a character from the anime/manga series "Baki." He is also the yakuza boss in Japan, as well as the most powerful and deadly Yakuza ever. Not only that, but Kaoru Hanayama is the Ha
Read More 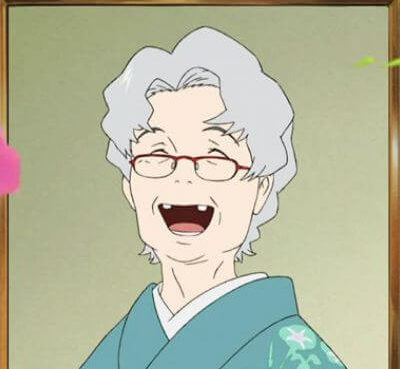 Grandmothers are often portrayed as sweet elderly women who enjoy caring for small children. They also make the best cookies, and if you ask, they may be able to teach you a useful home skill. Perhaps
Read More 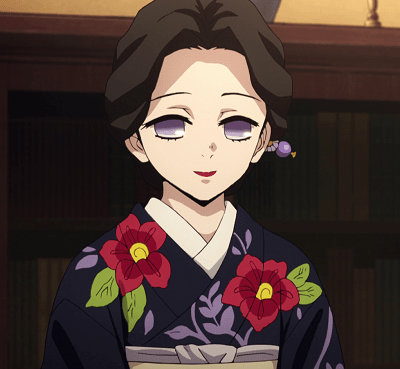