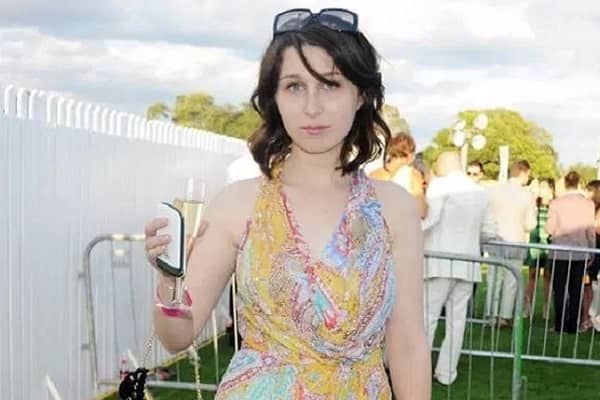 Anna Abramovich is the eldest child of Roman Abramovich, an Israeli-Russian billionaire. The 29-year-old was raised in an affluent and opulent environment, but has remained out of the public eye in recent years.

Despite the fact that she is best known for being Roman Abramovich’s daughter, the philosophy graduate is much more. To get to know Anna Abramovich better, we’ll look at her personal life and traits.

Roman Abramovich, who had seven children and three marriages, had the financial means to do it all. Anna Abramovich was born in 1992 as a result of Roman Abramovich’s marriage to Irina Vyacheslavovna Malandina, who is now his ex-wife.

The couple split up after 16 years of being together. Anna resided with her former Aeroflot Stewardess mother and spent the majority of her time with her. The Columbia University graduate is not the heir to the Russian Oligarch’s money, despite being the firstborn.

In 2007, Anna Abramovich’s parents divorced for unclear reasons. Irina became more devout as a result, and she was awarded custody of her children.

Given that the Chelsea FC owner has seven children, his firstborn will always have a special place in his heart. Roman Abramovich married three times and only had children with his second and third spouses, as previously stated.

Arkadiy Abramovich, Sofia Abramovich, Irina Abramovich, and Ilya Abramovich are the children of Roman Abramovich and Irina Malandina. Arkadiy, the second born and first son, had already established himself as an entrepreneur at an early age, allowing him to become the natural heir to Millhouse LLC’s assets.

Roman Abramovich’s firstborn is already 29 years old and has been candid about her love life. Because of her engagement and love of parties, the philosophy graduate drew the most attention.

Anna Abramovich, Roman Abramovich’s daughter, got engaged when she was in her late teens. When the eldest daughter began flashing her diamond ring in high school, she was just 18 years old.

Nikolai Lazarev, a fellow Russian and law student, was the lucky fiancé. The Moscow native was 27 years old at the time and worked as a solicitor. Anna Abramovich’s father was not happy with the marriage, thus the bliss did not last long. Despite his outspokenness, the Russian business billionaire expressed his feelings about their impending marriage.

Roman Abramovich’s daughter Anna was alleged to be dating British-American television star Calum Best shortly after the engagement was broken. The 40-year-old is no stranger to the ladies’ section, as he has been associated to a number of females.

On a London social circuit, the son of soccer icon George Best met Anna, then 19 years old. The purported couples were frequently seen together in public.

Calum’s pal, according to the Irish Daily Mirror, said:

“He’s enraged by her, but she’s keeping her guard up because she’s well aware of Calum’s reputation with women.”

The rumors that surrounded them grew as time passed. Calum Best and Anna Abramovich are still friends and on excellent terms.

From opulent to simple, there’s a lifestyle for everyone

Anna, like her younger sister Sofia Abramovich, was a “wild child” who enjoyed organizing parties and spending time with her friends. Anna’s affluent father gave her a $5.6 million starter home when she was engaged.

The eldest daughter of Roman Abramovich also arrived at school in a helicopter or a chauffeur-driven vehicle. Anna would also go to several EDM performances with her pals because EDM was popular at the time.

After being accepted to Columbia University in New York, Anna stayed away from her opulent lifestyle and focused on her personal development. Rather than relying on her father, the 29-year-old earned and paid for her Yoga sessions.

She settled in New York and earned a bachelor’s degree in philosophy in 2020. Nowadays, Anna Abramovich can be seen donating to a variety of charities and spreading the word about them through her social media networks.

Anna Abramovich, Roman Abramovich’s eldest daughter, may not be inheriting all of her father’s money, but she has done well in her life by being self-sufficient. We also wish Anna all the best in the days ahead.

The name Anna is a Hebrew girl’s name that means “graceful and merciful.”