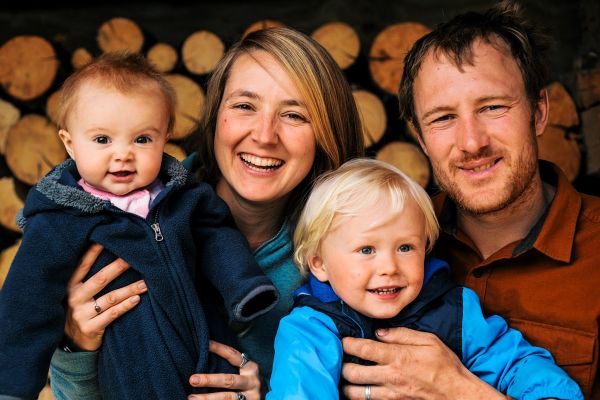 Alaska: The Last Frontier is a Discovery Channel reality cable television series that is currently in its tenth season. The documentary features Yule and Ruth Kilcher, descendants of Swiss settlers and Alaskan pioneers, at their homestead 11 miles outside of Homer.

Because they do not have access to modern heating, the clan prefers to survive by cultivating, hunting, and planning for the long winters. Jewel, a singer who has appeared on the show, is a Kilcher family member.

The family’s wealth has primarily come from the show’s profits. The Kilcher family’s combined estimated net worth is around $20 million as of 2022.

It’s incredible how the Kilchers have managed to create such an interesting and enjoyable home away from the modern world.

On a regular basis, the Kilchers offer art and music workshops, as well as workshops where you can go birding, pick mushrooms, make wild berry jam, or learn to build fences. We are excited for the show’s tenth season and what they have planned for us.

Atz and Otto, brothers, star in the Discovery series Alaska: The Last Frontier, which follows them and their sons as they attempt to live off the land like their father, Yule, did as a child.

Yule came to Alaska in the 1940s to get away from the stress of war in his home country of Switzerland. When Alaska granted him 160 acres near Kachemack Bay to homestead, it was still frontier days in those parts. Without running water or electricity, he and his wife Ruth raised their eight children.

They weren’t completely cut off from the rest of the country, though, and Yule and his family were already famous before reality television. Yule was chosen as one of 55 delegates to help draft Alaska’s first state constitution in 1955.

He also made A Pioneer Family in Alaska, the first documentary about life on a homestead, in the 1950s, with which he toured Europe. In the 1960s, he was a member of the Alaska Senate, and Ruth, a poet, and journalist wrote a weekly column for the Anchorage Daily News.

Despite their celebrity, the Kilchers’ eight children, including Atz and Otto, grew up farming, fishing, herding cattle, and hunting for coal to fuel their home fires along the beaches. In their spare time, they began singing and playing the guitar and piano.

Over the years, Atz developed a reputation in Alaska as a cowboy poet and singer-songwriter of folk, bluegrass, and western music, as well as a skilled yodeler. (It’s in the blood: one of Atz’s daughters, Jewel, is a singer/songwriter.) He and other family members get together to perform from time to time.

In 2015, Atz Lee, his wife Jane, and a production company were charged with using a helicopter to film a bear hunt segment 2014. In Alaska, using any aircraft to spot prey or using a helicopter in any way as part of a search is illegal.

The three defendants have pleaded not guilty. The case was put on hold after Atz Lee was critically injured in a hiking accident. The Kilchers’ charges were eventually dropped, but the production company Wilma TV was fined $17,500.

Over the years, the homestead has grown to 600 acres, with a few modern conveniences thrown in for good measure (like a road that goes to Homer). If you call ahead for an appointment, you will be able to tour the homestead today and get a glimpse into what life is like behind the scenes of the reality show.

The homestead is held in a trust by the eight siblings and is protected by a conservation easement. One of the important log cabins has been turned into a living museum, which you can tour with one of the siblings. You’ll see antique farm instruments and hear anecdotes about growing up as a pioneer in the 20th century.

Many show viewers would be surprised to learn that Atz and Otto have six sisters, none of whom appear on the show but all of whom still live on or near the homestead.

Sister Mossy, for example, has self-released folk albums and runs Seaside Farms on the homestead, where you can pick raspberries in the early fall or stay overnight in a tent, campsite, or youth hostel. The eldest child, Catkin, owns a cabin on the homestead that she rents out to visitors.

The Kilcher family is most well-known for their Discovery Channel show. Here are some of the awards that the show has been able to win over the course of its ten seasons on the air:

Nomination for Best Show or Series –