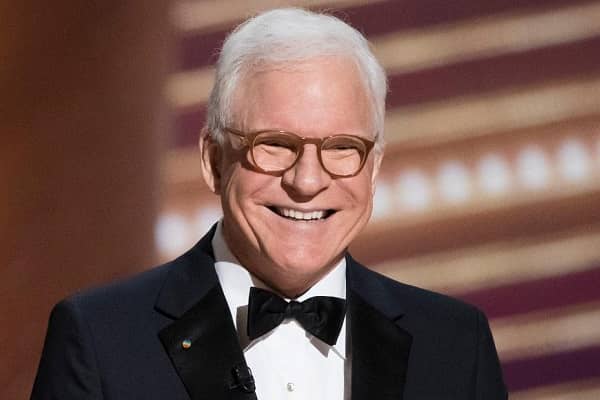 Steve Martin experienced a string of failed romances before settling down for good. Before finding the ‘one,’ some superstars had multiple affairs and marriages. It’s rare for someone to settle down with just one person, especially in the celebrity world.

His girlfriend list included some of Hollywood’s most sought actresses. Despite his repeated flings, the comedian eventually decided to end his relationship with his true love.

Steve has a wonderful relationship with his partner and even has a child with her. So, who is Steve Martin’s wife, exactly? When did they get married? Here’s all you need to know about his marriage, including his previous romances with high-profile figures.

Steve Martin’s “Second Time’s the Charm” Anne Stringfield, his girlfriend turned wife, is a happy couple.
Steve is enjoying his married life with Anne Stringfield after a string of failed relationships. The couple married in July of 2007. His wedding took place at his home in Los Angeles.

Despite the fact that several celebrities attended Steve’s second wedding, none of them had any idea what was going on.

Steve Martin and his wife Anne

You might wonder how this is feasible. As it turned out, Steve had invited them by claiming that it was a regular party at his house. As soon as they arrived, he astonished them all by disclosing that this was not a typical party, but rather a wedding ceremony.

Steve and his wife Anne have one child together.

Steve Martin is the father of a single child. In December 2012, he and his wife welcomed their first and only child, a girl. Anne’s pregnancy was kept a secret by the comic, and few people were aware of it.

Anne and Steve have one child together. One month after his daughter was born, news of Steve becoming a father for the first time broke. When Anne gave birth to the bundle of joy, he was 67 years old.

“They’ve had a kid, and how they kept it a secret nobody knows,” an insider told Page Six in February 2013. Steve is a very private person.” “They are ecstatic,” the person continued. They put up a lot of effort to have the baby.”

On becoming a father at such a late age, Steve Martin says
It’s not uncommon for celebrities to have children later in life, but few do so in their late 60s. When Steve’s daughter was born, there were some issues raised about his decision to wait so long.

Despite all the nonsense, Steve seems unconcerned. After all, he confesses that if his daughter had arrived a few weeks sooner, he would have been a dreadful father. In an interview, he stated,

In addition, he believes that life has been both pleasant and responsible since becoming a father. “I do it for myself, but I also do it for them,” he says.

When and how did Steve meet Anne, his second wife?

Steve and Anne met for the first time in the mid-2000s. Anne used to work for the New Yorker as a fact-checker, and she was once assigned to examine one of Steve’s articles.

They began communicating on the phone at first. Before they met for the first time, they communicated over the phone for a year. Steve fell in love at first sight. She was quiet and introverted, much like him.

Victoria Tennant, ex-wife of Steve Martin: When did they tie the knot?

On November 20, 1986, Steve married Victoria Tennant for the second time. His first wife is an English actress who has appeared in a number of films.

She first met Steve while filming one of her films. Steve and Victoria were filming the movie All of Me in 1984. This is where they met for the first time. The two ex-girlfriends were quickly smitten and started dating. In addition, once they began dating, they collaborated on another film, L.A. Story.

Martin proposed to Victoria after a few years of dating, and they married on November 20, 1986. In Rome, the event took place.

While this was Steve’s first wedding, Victoria was attending her second.

After seven years of marriage, Steve and Victoria split

Before it went sour, Steve’s life was going swimmingly. They split up in July 1993, after only seven years together. In 1994, their divorce was formalized.

Their marriage was said to have ended when Victoria fell in love with her third husband, Kirk Stambler, at the time. She married Kirk in 1996 after her divorce from Steve.

Steve and Victoria had no children

Steve Martin has had a number of extramarital affairs in the past. Girls used to flock to Steve like moths to a flame back in the day. The man was not only attractive, but he could also make you laugh, which is a rare quality.

He dated singer Linda Ronstadt and actress Bernadette Peters before marrying Victoria. After his first marriage fell apart, he tried to make amends with Diane Keaton, a close friend.

He went on to have a very prominent romance with actress Anne Heche later on. She dumped Steve for Ellen DeGeneres after the latter revealed herself to be a lesbian.