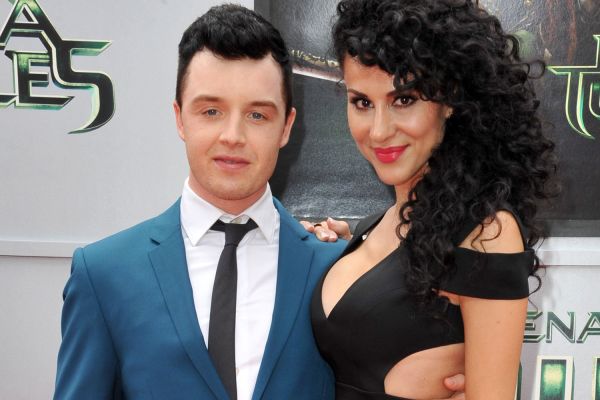 They Are Now Officially Wed!

Layla Alizada, an Afghan-American actress, married her longtime boyfriend turned fiancé, Shameless actor Noel Fisher, in an intimate ceremony on July 15, 2017. The pair made heartfelt vows during their wedding ceremony, which was attended by 60 close friends and family members.

While speaking with the People about the momentous day, the pair revealed,

“We always wanted a wedding that was small and intimate. It was a magical day and even more special having so much of it put together with the help of our loved ones,”

It’s wonderful to share this lovely day with your loved ones. Additionally, the pair stated,

“So grateful for the people in our lives, and that everyone was able to share this day with us.”

The pair met on the set of the television series Godiva’s in 2005, where they co-starred for two seasons. However, they began dating during the wrap party, during which they shared their first kiss.

The duo was engaged in August 2014, when Noel Fisher proposed a tropical romantic getaway in Bora Bora.

The pair shares adorable moments on Instagram but has yet to reveal wedding photos. Additionally, the couple, who now resides in Los Angeles, hasn’t spoken much about their honeymoon vacation thus far.

Layla Alizada(39), who is six years older than Fisher(33), has appeared in several television shows. Her television credits include appearances on The Muppets, The Mentalist, and Melissa & Joey. On the other hand, Noel Fisher is well-known for his portrayal as Mickey Milkovich in the US version of Shameless.

The gorgeous raven-haired beauty and her now-husband co-starred in the Oscar-nominated short film “Day one” in 2016.

Congratulations to the newlyweds, and here’s hoping they post-wedding photos soon!