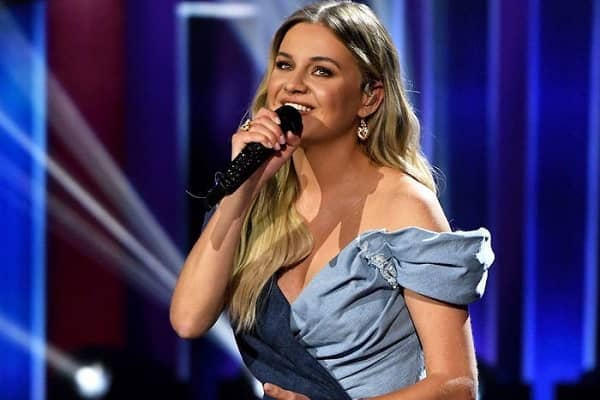 Kelsea Ballerini has made headlines in the past for clapping back at internet trolls who mocked her weight, but her self-assurance was won the hard way.

The singer took to Instagram to reveal that she has struggled with her body image for a long time. So much so that she didn’t think she was “thin enough” to attend the Academy of Country Music Awards in 2015. This news broke just hours before she was set to appear at the ACM Awards 2021.

Around midnight on Saturday, the stunning country star posted the story with a trigger alert, in which she narrated one of her first red carpet appearances. The ACM Awards 2015 are the topic of conversation on the red carpet.

“I remember doing a several day “juice cleanse” (not eating) leading up to it hopoing I would look thing enough to feel worthy of being there.”

She also revealed that she still has body image issues, but that didn’t stop her from having enough sleep and preparing to rock the stage at this year’s AMA Awards. She was excited for the occasion.

She had since learned that her worth was derived solely from how she felt, and she was pleased with her growth. The photo featured in the story was taken while she was clearly skinnier, almost like a reminder of her former self.

She Has Fought Back In The Past

It’s hard to believe Ballerini, who is notorious for clapping back at online bullies, was struggling with body image issues. The country singer walked the runway at the Victoria’s Secret Fashion Show in New York City in 2018.

Her social media accounts, of course, mirrored this. “Lose some weight,” a user commented on her Instagram post at the time. Let’s just say she expressed her displeasure with them.

I am a healthy, normal chick, which I pride myself on and work hard for, and want other young girls to see that and know that ‘skinny’ is not always the goal.

She also chastised them for calling her weight or height “disgusting,” and joked that she was going out to get a burger right then. Her sassy comment was well received by her fans and a few other celebrities.

The official ACM Awards Instagram posted a video of the country singer sharing her excitement about the incredible lineup of stars she would be performing with less than an hour before she shared her story. She also invited anyone who was watching the video to participate in the live broadcast.

You may also like to read NBC Meteorologist Stephanie Abrams was married to husband Mike Bettes. The couple has now divorced. What might possibly be the reason?