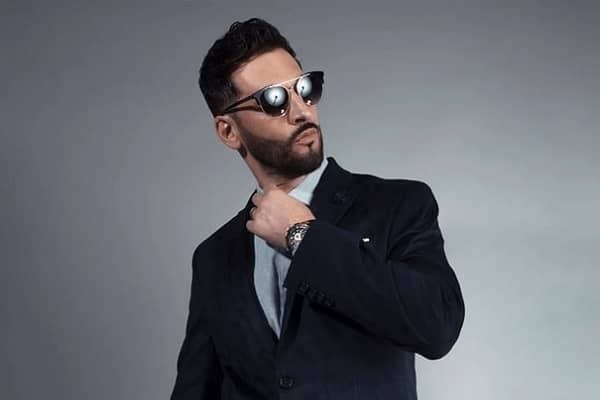 Jon B. is the epitome of a family man who clearly appreciates his wife and children. According to the musician, his family’s support keeps him going and nourishes his musical passion.

Jonathan David Buck, better known by his stage name Jon B, is an American singer, songwriter, and record producer. He is married to Danette Jackson and they have two gorgeous daughters together.

In interviews, he has frequently linked his success to his wife and children, claiming that they were the ones who kept him grounded and fed his passion for music.

Buck’s Family Supported him When He was low

Buck went through a period in his life when he felt he had lost his creativity and had “acquired a sense of melancholy.”

In an interview with Contrast Mag in November 2020, the singer talked about how he felt “lost” and how his family helped him get out of it. He claimed that the music industry’s politics bothered him mentally, causing him to become depressed and lose his creative originality.

But it was at that point that his family came to his aid and ensured that he remained sane. Buck’s Family made him feel loved and respected his work, according to Contrast Mag’s story, and as a result, he became more confident and passionate about his music.

During the difficult COVID-19 pandemic era, the R&B superstar also expressed gratitude to his family for keeping him grounded and together.

Married to the Love of His Life

Buck has been happily married to his wife Danette Jackson since 2007. He was born to a Jewish mother and a Dutch father.

At many musical occasions, the musician proudly walks with his wife, demonstrating their closeness and love. Buck performed a sentimental rendition of “Happy Birthday” to his wife Jackson during an interview at the 2018 Soul Train Awards.

In a December 2019 interview with Parle Mag, the singer was asked if his current song, “Priceless,” was a 45th birthday present to himself. Buck responded by revealing that the song was actually a dedication to his wife’s 40th birthday.

Without a question, the artist has reciprocated his wife’s love and support with equal love and gratitude.

Buck and Jackson have two children, L’Wren True Buck and Azure Luna Buck, who are the proud parents of the power couple. L’Wren, their older daughter, is 13 years old, while Azure, their younger daughter, is 7.

On Father’s Day in 2018, the record producer demonstrated his love for his daughters by posting photos of them on social media. “Thankful for my daughters Azure and L’Wren, you give me meaning beyond creativity,” he added. I am honored to be your father.”

On another occasion, on National Daughter’s Day, he turned to Instagram to thank his children for making his life complete.

Moreover, the singer’s social media is routinely flooded with sentiments of gratitude for the three incredible women in his life. All of this demonstrates his love for his family and how fortunate he is to have them in his life.