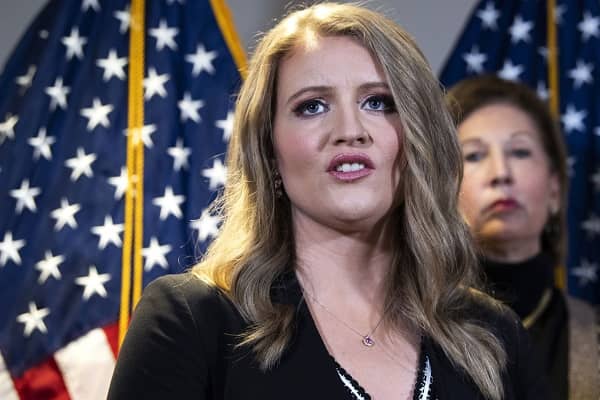 Jenna Ellis and David Rivers, a former couple, married in June 2019. Ellis and her ex-husband, television host and podcaster David Rives, reportedly divorced in August of this year.

In December of that year, a Twitter user shared a screenshot of Ellis’ since-deleted Facebook post, in which the lawyer indicated the reason for her divorce. Ellis noted in the post that her ex-ignorance husbands of church authority and lack of accountability in their marriage contributed to their divorce.

“My spouse, David Rives, chose to separate in August, as you are aware. For certain extremely important matters, he resists all church authority, responsibility, or biblical advice “she penned

Rives had been undergoing a “Matthew 18 process” from a Christian ministry for over five months at the time, according to Ellis.

“It is time to walk in truth openly and that the church of Christ should urge my husband toward truth and God, especially given he claims to be in ministry leadership and is abandoning his Christian duty in many respects,” the 36-year-old attorney said.

That particular phrase implied that she had issues with Rives because he was not a sincere Christian who did not carry out his religious obligations. Surprisingly, the former deputy district attorney’s name on Facebook was still Jenna Rives, not Jenna Ellis, according to the photo.

When the same Twitter user approached Rives to clarify his side of the story, he had a different narrative to tell about his divorce. On December 2, 2020, the TBN presenter responded to that tweet almost a year later, indicating that Ellis tweeted the piece after a “second or third edit.” His ex-wife, he alleged, had previously blamed her pastor for directing her to post those made-up reasons in her original draft.

Rives went on to say that the same preacher assured him that he had never counseled Ellis to divorce him. He replied, “The preacher informed me he never instructed her in that way.”

In August 2020, Rives stated in another tweet that Ellis had blocked him months before. Rives and Ellis got engaged in April of this year and married in June of the same year. Rives anchors TBN’s weekly TV show Creation in the Twenty-First Century and writes a weekly scientific and Bible news piece. Ellis works as an attorney and broadcasts the podcast Just The Truth in the meantime.