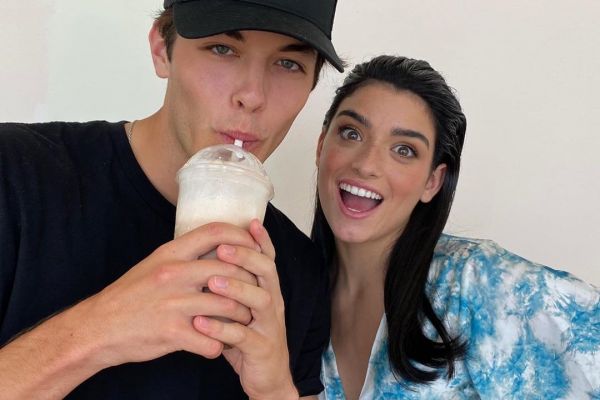 Fans have been clamoring for more of Noah Beck and Dixie D’Amelio since they announced their relationship in September 2020. The “it” couple on TikTok revived the “Doah” shipper’s confidence in true love and left nothing to be desired.

They frequently shared cute images and videos of their romance on social media.

However, as much as their supporters adored them, they were also chastised since not everyone thought their love was genuine. These people alleged they were faking their relationship for a publicity gimmick, which the couple subsequently denied.

When Beck seemed to hint that he and D’Amelio had broken up, their relationship was once again the focus of breakup rumors. A user questioned Beck in one of his TikTok videos if he was still dating the ‘Be Happy’ singer, to which Beck simply replied, “Nah.” Fans were enthralled by Beck’s remark, with many assuming that they had broken up.

Fans confirmed that the TikTok star had been kidding since he and D’Amelio went live together, putting the subject to rest. However, on February 14, 2022, the breakup rumors resurfaced.

Griffin Johnson and Dixie D’Amelio Let’s Get Back Together

There were reports that D’Amelio and her ex-boyfriend Griffin Johnson were getting back together this time. After a video of the two went viral, speculations began to circulate. Around Valentine’s Day 2022, D’Amelio and Johnson were sighted at Hyde Sunset Club for a Triller event.

The Sync podcast addressed the matter on its Instagram page. At the event, host Kyle Bily said the two were “very up close and personal” with each other. He also stated that he had no idea what Beck and D’Amelio’s situation was. Following the beginnings of allegations concerning D’Amelio and Griffin Johnson, Noah Beck sent out a tweet.

Beck responded to the rumors with a caustic tweet shortly after. He then stated that he meant to type “fair,” not “unfair,” in the comments area of the tiktokinsiders Instagram page. He did not, however, address the rumors in any way other than the remark. D’Amelio, for her part, remained silent about the matter, but she did greet her admirers with a Happy Valentine’s Day on Twitter.

Markell Washington spoke up against the situation

Even though it wasn’t clear in the video, the fellow TikToker explained that he was at the event directly next to D’Amelio.

“So you think I’d let something like that happen…NO!!!” Washington exclaimed. He revealed that Johnson sought approval from Washington before approaching D’Amelio.

Johnson told Washington that all he wanted to do was apologize and be friends with D’Amelio. Johnson was allowed to approach the ‘Psycho’ singer after Washington agreed it was harmless. D’Amelio replied that she didn’t want any drama and that they could all get along.

As shown in the video clip Washington displayed, Washington and D’Amelio then stepped aside and danced alone. Johnson was nowhere to be seen.

He said at the end of the video that people should quit building misleading narratives based on a single video.