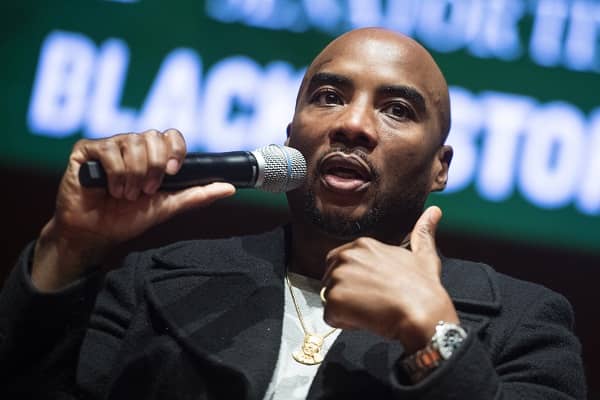 Charlamagne Tha God would rather be a truthful sinner than a deceitful hypocrite, and he actually follows that philosophy. He is honest, if nothing else, whether it’s going clean about his previous history as a heroin dealer or enjoying his fifth year of marriage to Jessica Gadsden.

The Breakfast Club’s co-host admitted on a March 2021 program that he hadn’t strayed on his wife since October 2016. So, as of October 2021, he will have been loyal for five years.

Gadsden and Charlamagne the God have three daughters.

Those who know Charlamagne Tha God are familiar with his forthright demeanor and uncensored candor. Even so, there is one area of his life that he keeps hidden from the public eye: his marriage to Jessica Gadsden.

Charlamagne Tha God, whose actual name is Lenard McKelvey, met Gadsden while they were both teenagers in South Carolina and began dating at the age of sixteen.

The radio host disclosed in his critically praised book Black Privilege: Opportunity Comes to Those Who Create It that his wife supported him as he pursued his radio dreams, and that she became the mother of his three daughters during that period. Their relationship, on the other hand, was far from a fairytale.

They married for the sake of their children.

McKelvey has admitted that, despite their lengthy marriage, he has not always been true to his beloved wife. Despite the difficulties, the two married in 2014 after one of his kids raised concerns about their relationship.

According to an Inquistr story, he said that one of the reasons he married was for his children. It impacts you as a male when your 7-year-old kid asks why you and mother don’t have the same last name.

And, despite knowing and watching each other develop since they were teenagers, he still can’t believe he’s married to his high school love.

He keeps his family out of the spotlight.

Despite his affection for his wife and kids, the father of three refuses to post pictures of his family on social media. He’s been adamant about it. He believes that his family should avoid being in the spotlight.

Despite this, he continues to discuss her on his morning show, The Breakfast Club. He’s also made a few public appearances with Gadsden, although his daughters are rarely seen with him. In fact, the couple is so private about their girls that even their names are kept hidden from the public eye.

She went on to earn a bachelor’s degree in journalism and public communication from the University of South Carolina-Columbia, as well as a master’s degree in business administration from Webster University, after graduating from high school.

She also has a bachelor’s degree in biology from Bergen Community College and works as a personal trainer and fitness instructor.