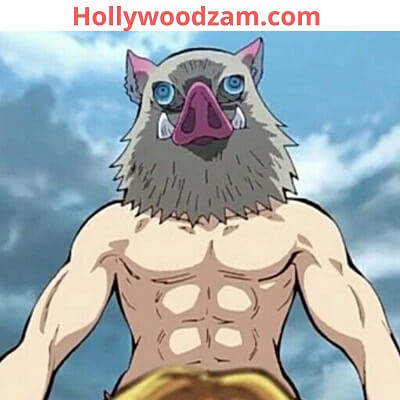 Who is Inosuke Hashibira?

Inosuke Hashibira is a traveling companion of Tanjiro Kamado and one of the main protagonists in Demon Slayer: Kimetsu no Yaiba. In the Demon Slayer Corps, he is also a Demon Slayer.

Also, read What Is The Net Worth of Rapper Waka Flocka Flame? Find Out Here!

Inosuke is a short-tempered and arrogant young man who believes he is the best fighter in any situation, constantly challenging most people he encounters and demanding that others respect and praise him for his abilities.

This frequently puts him in perilous situations because he tends to exaggerate his abilities in comparison to the opponents he faces and refuses to accept defeat, as seen when Giyu Tomioka has to tie him up after his fight with the Father Spider Demon to prevent him from challenging the

Hashira to a fight while still severely injured from his previous battle. Inosuke’s constant desire to be the best can lead him to be very provocative, as he frequently tries to provoke others, most notably Tanjiro Kamado, into fighting him, though he usually fails due to Tanjiro’s obliviously kind nature.

Inosuke has been shown to have little understanding of normal human interaction as a result of being raised by boars, at least at the time of his debut, as he frequently assumes that people who approach him want to attack him and doesn’t seem to understand the kindness others show him.

Enhanced Strength: Inosuke’s arm strength is incredible, allowing him to dual-wield two katanas instead of one, and even swing them at subsonic speeds. He even moved a boulder nearly three times his size with his bare hands during the Hashira Training Arc.

Immense Speed & Reflexes: Inosuke has incredible speed and reflexes, as evidenced by his ability to keep up with Doma’s and later, a weakened Muzan Kibutsuji’s movements.

Immense Stamina & Endurance: He had incredible stamina and endurance during the Sunrise Countdown Arc, despite having wounds all over his body, he lasted around half an hour exerting himself to the peak of his physical and mental condition.

Enhanced Flexibility: Inosuke has enhanced flexibility to the point where he can bend backward to the point where his head reaches between his feet. He later shows that he can dislocate his arm to extend his reach and that he can dislocate any joint in his body at will. His internal organs are also flexible, as he was able to shift his heart and avoid being pierced during the fight against Daki and Gyutaro.

Tactical Intelligence: Despite being a wild and short-tempered character, he has gradually developed incredible battle judgment, as evidenced by his ability to come up with new techniques and forms on the fly while fighting Doma.

Enhanced Senses: Inosuke, like all skilled Demon Slayers, has incredibly sharp senses that allow him to detect things that normal humans would be completely unaware of. Inosuke sensed Kanao Tsuyuri was about to be killed by Doma’s attack and arrived just in time to save her life.

Enhanced Touch: Inosuke developed a sharp and incredibly sensitive sense of touch as a result of his upbringing in the mountains. He can even detect minor air vibrations. He can tell if anyone is looking at him, especially if they have hostile intentions, by using this ability. He can even pinpoint exactly where they are looking, giving him an advantage in combat.

Poison Resistance: Inosuke was able to resist and survive the effects of Upper Rank 6’s poison, despite the fact that it was extremely lethal, implying that he may have complete immunity to some poisonous substances.

As stated by Aoi Kanzaki, this also means that none of Shinobu Kocho’s medicines will work on him, which means that if he is exposed to a poison stronger than Gyutaro’s or one to which he has not developed resistance, he will be in greater danger of death.

Repetitive Action: A technique used by only a few members of the Corps, it allows a person to achieve the same effects as Total Concentration Breathing by repeating pre-set movements or recalling intense feelings to open the five senses and raise their concentration, drawing out the body’s physical powers for an extended period of time.

It is possible to use both Repetitive Actions and Breathing at the same time, giving the user incredible strength that rivals that of Upper Demon Moons. After watching Tanjiro, Inosuke quickly mastered this technique and enjoys reciting “Pig Assault” while doing so.

Master Swordsman: Nearing the Infinity Castle Arc, Inosuke has polished his swordsmanship to the level of a Hashira, allowing him to keep up with Upper Rank 2, Doma.

Animalistic Combat: Inosuke adopted the habits of boars as a result of growing up with them in the mountains. His swordsmanship and hand-to-hand combat style are reminiscent of animals and beasts. Tanjiro Kamado described his unnatural fighting style as resembling that of a “four-legged beast” because his attacks come from such a low angle, are extremely ferocious, and incorporate other unorthodox movements, making him very unpredictable and vicious.

Beast Breathing: A Breathing Style descended from Wind Breathing and developed by Inosuke Hashibira after years of living in the mountains and fighting for survival.

The Beast Breathing combat style is based on the movements, techniques, and swordsmanship of beasts and wild animals, specifically their unpredictable and wild nature, including movements, attacks, and senses.

Although one of them uses the powerful sense of touch to replicate an animal’s primal senses, the majority, if not all, known techniques and forms are simple, straightforward yet wild, and unpredictable movements and attacks. When used correctly, the user imagines wild beasts and animals’ claws and roars emanating from their weapon, surroundings, or themselves.

Inosuke is a young man of average height and pale complexion, with an extremely toned and muscular build for his age, especially over his stomach and arms. In stark contrast, he has a stunningly feminine face, with large, wide eyes framed by an array of long eyelashes, dark to pale green irises, thin eyebrows, and what appears to be a small, well-mannered mouth. His thick, black hair falls just past his shoulders, fading to blue at the tips and forming an unruly, uneven fringe that falls just above his eyes, puffing out before curving and thinning towards his forehead. 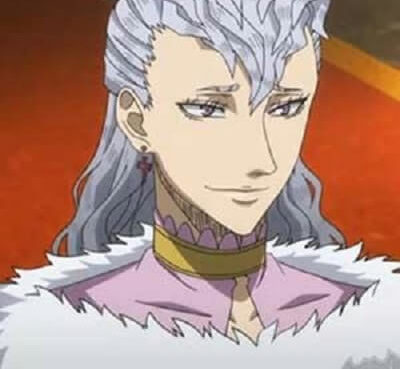 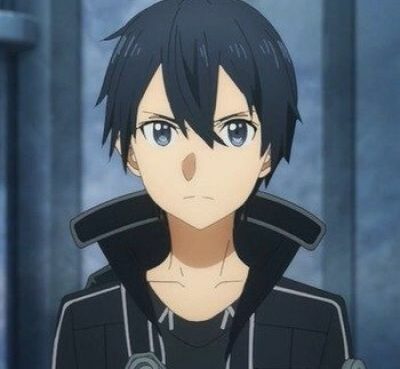 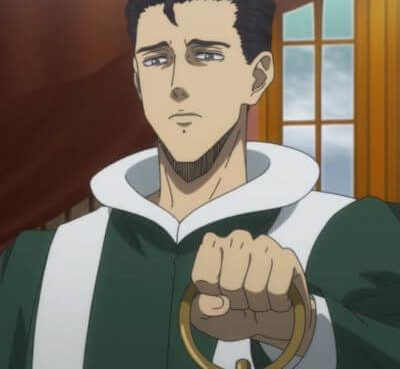 Who is Damnatio Kira? Damnatio Kira is a nobleman from House Kira, one of the Clover Kingdom's royal families. He is also the Chairman of the Magic Parliament of the country. Appearance Damnatio ha
Read More