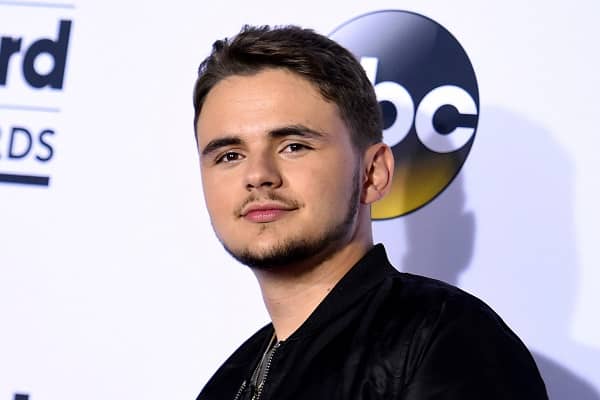 Michael Joseph Jackson Jr., aka Prince, enjoyed all the royalties in his life as the son of the King of Pop. This child, on the other hand, isn’t defined by that. He is actively involved with his enterprises and humanitarian endeavors in order to create his own legacy.

After Michael Jackson’s Death, a Look at His Net Worth

Michael Jackson, Prince’s father, still has a net worth of $500 million. Not only that, but he remains at the top of the list of the highest-paid dead celebrities.

Michael surpassed late icons such as George Harrison, Freddie Mercury, John Lennon, and Bob Marley to become the highest-paid deceased celebrity in 2020. Michael’s earnings during the year were expected to be $48 million. His Mijac Music library and his long-term partnership with Sony account for the majority of his revenues.

His revenues from the music catalog and his multi-million-dollar deal with Sony are so lucrative that he has held the top-earner title for eight years in a row.

The details of the trust are a little too technical to go through here, but the basic conditions of the trust stated that Michael’s three children would receive 40% of his assets, which would be divided evenly among them. The remaining 40% went to his mother, Katherine, and 20% went to other children’s organizations.

That was only the beginning. The kids were also supposed to get allowances until they aged 21, following which they were supposed to get one-third of their trust money when they turned 30, 35, and 40.

During Prince Jackson’s graduation, he was joined by Katherine Jackson (Michael’s mother).

The Prince is Getting Out From Under His Father’s Shadow

23 is an excellent age to establish one’s own identity in the world. With his production firm, King’s Son Production, Prince is doing precisely that. His production company assists in the completion of projects ranging from short films and music videos to feature films.

With the production company, he hopes to continue his father’s creative spirit by assisting other brilliant artists in realizing their aspirations.

He’s also not subtle about the production’s name. Prince said in an Instagram video that while his father was the ‘King of Pop,’ he had to earn the moniker of ‘Prince,’ and that his production company was achieving just that.

Prince also produced the music video for his sister Paris under his brand and was overjoyed to show off the results of his effort.

Through his father’s legacy, Prince is assisting others.

By providing access to co-curricular educational activities, Prince’s Heal Los Angeles Foundation helps collect cash for excellent education and value for low-income Inner-city adolescents. In addition to stressing an active and healthy lifestyle, his foundation provides the resources to get an education.

Michael Jackson’s merchandise is used to assist raise revenue for donations and services, which is a component of his charitable endeavors.