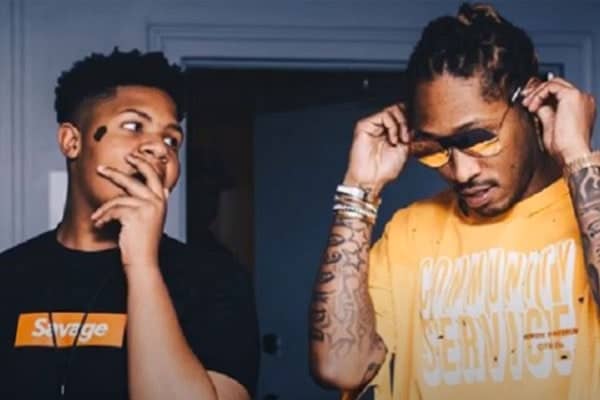 Future’s son Jakobi Wilburn is the eldest of Future’s children with Jessica Smith, an American rapper, singer, and record producer. Jakobi is 17 years old and was born in 2002 as of 2020. He has four half-siblings from his father’s side, as he is the oldest of them. Jakobi’s mother, on the other hand, has been leading a life hidden from the public eye.

Arrested on suspicion of being a member of a criminal gang

Future’s son, Jakobi Wilburn, has made headlines in the news and media in February 2020. According to TMZ, the boy was caught in possession of a gun with the serial number scraped off of it. In Georgia, he was arrested on allegations of criminal gang activity, criminal trespass, and altering the identification of a handgun. Because Georgia prosecutes 17-year-olds as adults, he could face a sentence of more than 20 years in prison. In court documents, Jakobi appears to have declared himself impoverished at the request of a public defender.

Future, on the other hand, will not allow his kid to be imprisoned without a fight. Future apparently sought to employ the greatest lawyers available and fund all legal bills associated with it, according to Complex. Jakobi’s parents have both stepped in to assist him. According to TMZ, Jessica Smith said,

“Our kid is a minor, and we ask that everyone respect our privacy at this time to safeguard his well-being in this tough situation.”

Nonetheless, one of BCK Online’s articles indicated that Jakobi had been released from prison.

Jessica Smith, Future’s baby mom, allegedly wanted an increase in her child support, according to The Jasmine Brand. The cause for this appears to be the rapper’s neglect of Jakobi Wilburn, his shortcomings as a father, and his meteoric rise in the music industry.

The lawsuit brought against Future in early 2013 is referenced in the article. According to the document, she accused him of lying about his genuine net worth in order to reduce his child support payments. Based on his assertion that he pulled in $16,000 each month from work, the rapper was paying around $1,662. She did, however, claim that Future’s actual earnings were in excess of $50,000.

According to the newest rumors, things between the two had cooled down until recently, when Jessica returned to court to sue Future for not being a decent father. Future also failed to maintain a deep, loving relationship with Jakobi, according to the investigation. As a result, Future’s son need behavioral and therapeutic counseling to help him cope with the emotional trauma he has gone through.

Let’s hope everything works out soon, and we wish Jakobi the best in his future pursuits.

Jakobi Wilburn is a fictional character. Meaning Jakobi is a Latin name that means’supplanter; gripped by the heel.’