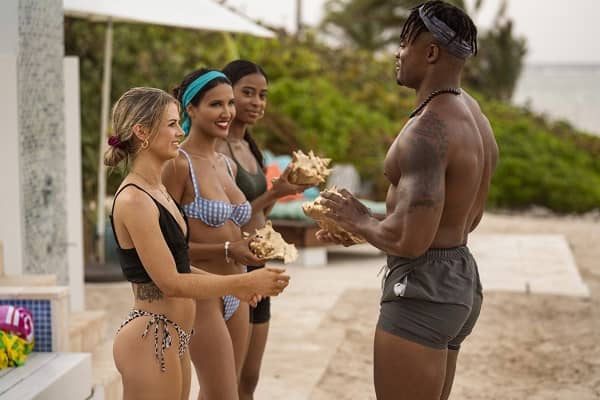 Nowadays, dating programs are acquiring a lot of popularity. One of the primary reasons for this is that major streaming services such as Netflix and HBO Max are supporting them.

The productions are smart, despite the fact that dating programs are usually cliched and have the same premise. Dating shows are becoming increasingly inventive, from employing science in series like The Circle to requiring viewers to take a tremendous leap of faith in Love Is Blind.

FBoy Island is one such innovative and fresh dating show. The series’ first season premiered on HBO Max on July 29, 2021. The season ended after ten episodes, however, the ending surprised the viewers.

The premise of FBoy Island is simple but intriguing. CJ Franco, Nakia Renee, and Sarah Emig are three ladies who are invited to a villa where they will have the option to date 24 different guys. Twelve of them are looking for love, while the other 12 are ‘FBoys’ competing for a $100,000 prize. They all participate in tasks along the way in order to win dates and time alone with the girls. At the end of the season, the three females will choose who they want to be with. However, there is a catch.

The $100,000 prize would be split evenly between the females if they choose a “decent guy.” If a woman chooses a ‘FBoy,’ the man has two choices: stay in the relationship and split the money, or break up and pocket $100,000 for himself. The three females tried with several boys throughout the season, and in the end, they chose a partner for themselves. Franco and Renee’s story had a happy ending, but Emig’s did not.

Franco chose ‘good guy’ Jarred Evans, while Renee went with Jared Motley, a reformed FBoy. Meanwhile, Emig went out with FBoy Garrett Morosky, who promptly dumped her. He claimed he’d been playing a game the entire time. However, broadcaster Nikki Glaser revealed that Morosky will not receive any money in an unexpected twist. Morosky did not receive the $10,000 reward, according to Glaser, since “he was leaving the same person he came in with.” Womanizers, she added, should not be rewarded in any way. As a result, Emig’s money will be donated to a charity of his choice.

The Finale Twist Explained by the Creator, Elan Gale

The developer of FBoy Island, Elan Gale, clarified the choice regarding Morosky. In an interview with TVline, he stated that the dating show’s primary goal was to teach people a lesson.

Womanizers, he argued, should be held accountable for their actions. But first, they wanted to give all of the FBoys the opportunity to change. It was always part of the goal, according to Gale, to not reward an FBoy. He made it clear that he wanted to expose and delve into the FBoy lifestyle, but not to glorify such men. FBoy Island made a concerted effort to hold womanizers accountable throughout the series. This includes relocating them to “Limbro,” a cot-equipped outside cottage.

Limbro served as a punishment as well as an opportunity for males to contemplate their immoral behavior because it provided little consolation. Morosky, on the other hand, did not change and thus did not receive the cash reward.