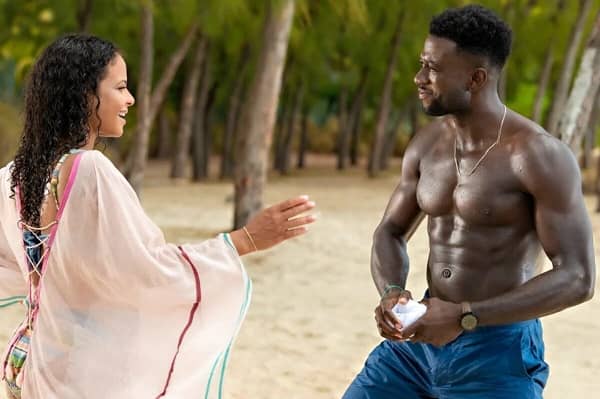 The lead character, Erica Wilson, is played by American actress Christina Milian in Netflix’s latest romantic drama, Resort to Love. After her fiancé dumped her, the aspiring pop star’s music career is in shambles.

She accepts a singing job at a luxury resort to get her life back on track. Wilson, however, is disappointed to learn that she will be singing at the wedding of her ex-new fiancé’s partner, Beverly.

Wilson is battling her feelings for her ex and struggling to find inner peace in the face of such a situation. The film’s romantic plotline turns it into a classic case of trouble in paradise. Aside from the cast’s outstanding performances, the film is set against beautiful tropical backdrops. It features awe-inspiring backgrounds of blue sky, exquisite ocean views, and the beach, prompting fans to speculate—

Where did ‘Resort to Love’ take place?

Resort to Love was shot in the Republic of Mauritius, an Indian Ocean island nation, at the six-star Constance Prince Maurice resort. The film featured breathtaking beach, mountain, and ocean shots as well as Mauritius’ capital, Port Louis.

The filming began in October 2020, during the height of the COVID-19 pandemic. As a result, production was subjected to stringent health regulations. However, the cast, which included Christiani Pitts, Jay Pharoah, and Sinqua Walls, had a great time on the East African island.

According to a Decider article, the crew members went to the southwestern tip of the island’s famous peninsula, Le Morne Brabant. The actors even talked about their experiences filming in such a unique location.

The Shooting Location Was A Paradise

In a July 2021 interview with Entertainment Weekly, Walls and Milian discussed their filming experiences. The actress from Falling Inn Love described the island as “paradise” after spending two months filming there. Walls, her co-star, backed her up, saying that every day in Mauritius was incredible.

The 39-year-old added to the details of their filming location by stating that the food was so good that she ate whatever she wanted. Walls, on the other hand, was unable to consume the food of his choice.

He needed to keep his diet under control because he had a lot of shirtless acting scenes. The American Soul singer recalled being envious of the cast because they were able to eat whatever they wanted. He continued,

It was unquestionably difficult. There are times when I’m curious about the food on other people’s plates and wonder, “How does it taste?” Does it have a pleasant flavor? How’s it going? Aside from nature and food, the co-actors were enthralled by the island’s geckos. Milian remembered how the small lizards ruled the room at night.

So you’d walk into the room and there’d be a whole family of them walking across the wall or in the bathrooms in the middle of the night. While geckos did not frighten the New Jersey native, she admitted to being terrified by a creepy-looking spider. Aside from that, she admitted to having a fun time watching crabs and “catch things in the water.”

Walls, like Milian, had no problem with geckos, but he was bothered by the larger spiders, bees, and centipedes that roamed freely in his villa.