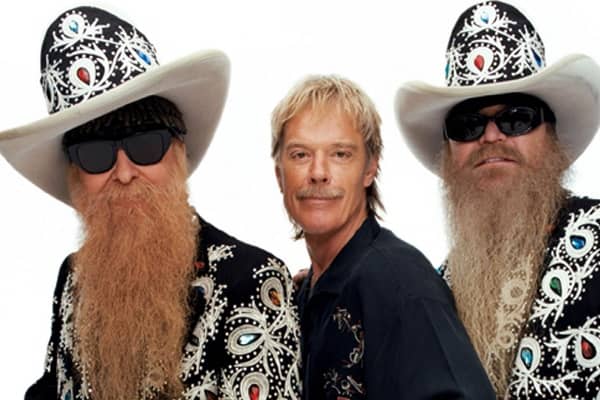 The band’s long-serving bassist died quietly in his sleep at his Texas home after suffering a hip injury. Dusty Hill, the bassist for ZZ Top, died at the age of 72.

Hill died peacefully in his sleep, according to Billy Gibbons and Frank Beard, who posted a tribute on Instagram. Hill had just recovered from a hip ailment.

“We are saddened by the news today that our Compadre, Dusty Hill, has passed away in his sleep at home in Houston, TX,” it read. “We, along with legions of ZZ Top fans around the world, will miss your steadfast presence, your good nature and enduring commitment to providing that monumental bottom to the ‘Top’. We will forever be connected to that ‘Blues Shuffle in C.’ You will be missed greatly, amigo.”

Due to a recent injury, Hill has been forced to miss shows on the band’s summer tour. There has been no additional information revealed about the cause of death.

ZZ Top debuted in 1969, following the disbandment of Gibbons’ previous band, Moving Sidewalks. Their first public performance, which included Hill, took place in 1970, a year after the release of their debut album. The band would go on to release 15 albums, with hits like “Gimme All Your Lovin'” in 1983 and “Legs” in 1984. Hill also shot himself in the head by accident in 1984, which he made fun of for years.

Unlike her spouse, Charleen McCrory prefers a quieter existence. She has, however, had a few acting gigs in front of the camera. She starred in the film Alien Vows in 1996, and she was dating Dusty, who would later become her husband, at the time.

Instead of resuming her acting career, the former actress preferred to remain completely out of the spotlight. During her romance with the famed bassist, McCrory rarely went to parties, and she has continued to do so after they married.

Dusty Hill has been married to his lovely wife Charleen McCrory for almost two decades after courting for a while. After Hill was diagnosed with Hepatitis C in 2000, McCrory took care of him, and their relationship developed outside of the spotlight. On March 23, 2002, the couple married in front of 200 guests.

Following the wedding ceremony in Houston, Dusty serenaded his new wife with a cover of Elvis Presley’s Can’t Help Falling In Love. The couple went on their honeymoon to New York just a few weeks after their wedding. Despite the fact that they have been married for more than a decade, sources claim that this is their second marriage.

Dusty and Charleen haven’t had a chance to start a family yet. Dusty, on the other hand, is claimed to be the father of a child from a previous relationship. Charity Hill, Dusty Hill’s daughter, has also shied away from the spotlight, speaking to the press only a few times.