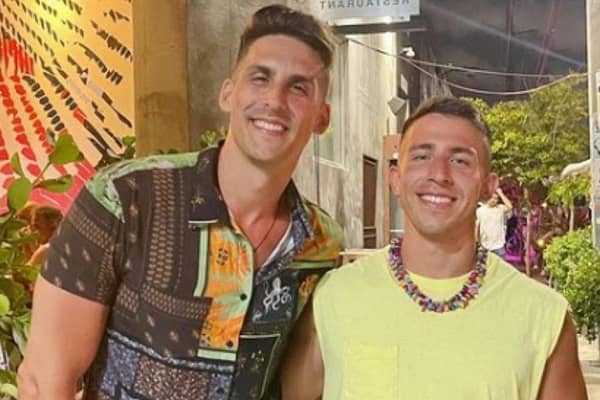 Cody Rigsby is a Peloton instructor, a professional dancer, and a cast member of Dancing with the Stars Season 30. He is originally from Greensboro, North Carolina. Additionally, he declares himself to be a proud gay man.

He revealed his orientation to Vogue in November 2020 after listening to Britney Spears’ ‘Baby…One More Time,’ Destiny’s ‘Child’s Writing on the Wall,’ and the Spice Girls’ ‘Spice World.’

“I remember screaming like a little girl,” he said, adding that he couldn’t understand why his mother didn’t realize he was gay at the time.

Rigsby never dared to tell his mother, Cindy, who raised him as a single parent, that he was gay. The mother and son were also having financial difficulties, and they were homeless for about three years. They stayed in motels or in the homes of friends and relatives during that trying time.

There was also a point when the fitness trainer harbored resentment toward his mother, believing she had made numerous errors and had been wounded by her lack of parental responsibilities.

After going through counseling, he later reported that he was able to control his rage and even told her about his orientation. “I was able to confront all of those difficult sentiments and let them go, allowing me to move into a more loving relationship with my mother,” he added. Rigsby has recently purchased an apartment five blocks from his home for his diabetic mother, and he financially supports her. He’s also realized that, despite his desire for more as a child, she gave it her all.

Rigsby had already recognized himself as gay in between harboring resentment toward his mother and beginning his freshman year of college. Not only that, but he was outspoken about his sexual orientation with his close friends and partners. So, in addition to pursuing a profession as a dancer, he pushed for LGBTQ+ rights.

The DWTS participant is now in a better place in his relationship with his lover, Andres Alfaro, after years of dating experiences and knowing numerous partners.

Alfaro is a fitness instructor in New York City who promotes himself on Barry’s website as “an outspoken queen with a humorous sass.” During a recent interview with Vogue, the Peloton instructor reflected on how going public with his two-year-old boyfriend helped them build their relationship.

“I’ve been a little reserved,” Rigsby said of becoming public with Alfaro, “but I’ve lately opened up since so much of what we do [at Peloton] is storytelling and being vulnerable.”

Rigsby and his lover have been photographed together frequently since coming out with their relationship, particularly on social media. They share photos from their holidays, live sporting events, and their cozy house. On July 27, for example, the fitness guru shared a selfie of himself and his lover with the caption “Beach Babes.” At Fire Island Pines, the photo was captured.