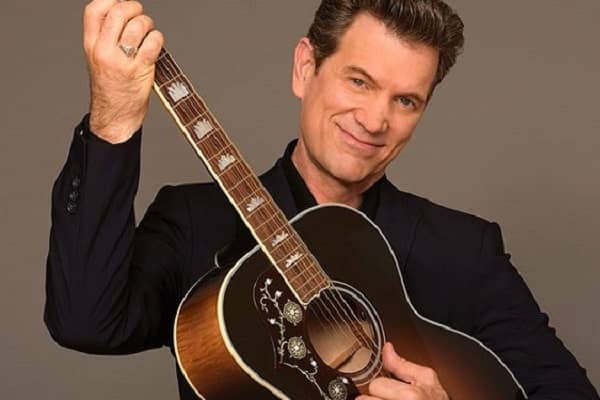 Chris Isaak mournfully sung about how he doesn’t want to fall in love in one of the most popular love ballads, ‘Wicked Games.’ Given the history of the famed American singer’s relationships, it appears that he meant what he said.

Isaak has never been married and has created a career for himself penning songs about heartbreak, unfaithful girlfriends, and broken relationships.  The 64-year-old singer claims that his connection with his band, Silvertone, was the longest he’s ever had.

In a November 2017 interview with The Sydney Morning Herald, Isaak discussed his personal life. He stated that his work has always been his top concern. He never found time to engage in a partner or family as an artist engrossed in creating and recording music and, on rare occasions, acting.

Isaak stated that the longest relationship he has had is with his band, Silvertone. Since the early 1980s, when Silvertone began to gather traction, Isaak has released several successful albums with the band. With such a lengthy and endearing relationship with his band, the singing sensation credits Kenney Dale Johnson, Rowland Salley, and Hershel Yatovitz for much of his success. Isaak thanked his musical collaborators for their support on his website, adding he was fortunate to have them as a team.

People think, “Chris goes into a studio and makes an album,” when they see my picture on the album covers. But I get into a room with these people, who have been helpful and have great ideas and energy.

Instead of a wife, Chris Isaak has a lovely dog as a companion. The Chris Isaak wife experience, it appears, has yet to depart the station. In prior interviews, Isaak has admitted to thinking about settling down with a partner and having children.

When speaking with Independent, the singer also stated that his work ethic had left him without a family. He does not, however, regret his decision and is content with his current situation.

I never married and divorced a supermodel, never went to rehab for cocaine addiction, and never owned a jet plane, racehorse, or boat. I’m pleased with my decisions. I don’t believe I’ve had any worse luck in my relationships than anyone else. I just keep whining about it.

Isaak has also compared children to sails, stating that “like sailboats, they appear wonderful on a sunny day and from afar, but they require a lot of upkeep.” Instead of a wife and children to accompany him to concerts and support him in his artistic endeavors, the ‘Wicked Game’ singer has a dog named Rodney who is as good as any man or woman.

In fact, he uploaded a photo of himself and Rodney sharing a box of chocolate with the phrase “Happy Valentine’s Day” on Valentine’s Day last year. Isaak’s hairy little puppy also joins him on stage, as evidenced by many Instagram images. Rodney, who appears to be a puppy at first glance, is actually 18 years old. Even Isaak is taken aback by how nicely the beloved dog has taken care of himself.

Chris Isaak has no immediate plans to retire

Isaak published his debut studio album in 1985 and has since released nine albums, twelve singles, and received two Grammy nominations. Isaak has almost three-and-a-half decades of experience under his belt and shows no signs of slowing down. When questioned by northjersey.com if he had any plans to retire soon, the singer stated that he did not.

First Comes The Night, Isaak’s most recent album, will be released on November 13, 2021. Paul Worley will be in charge of the album’s production. Mark Needham and Dave Cobb