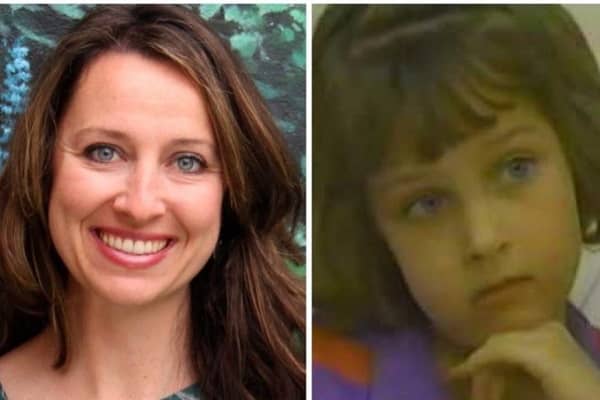 Beth Thomas, commonly known as the “Child of Rage,” was diagnosed with Reactive Attachment Disorder (RAD) at an early age as a result of sexual assault.

She has changed dramatically since threatening to kill her adoptive parents and infant brother with a butcher knife.

Thomas’ wrath was described in the documentary as a result of a lack of bonding and sexual abuse she had experienced since childhood. It also detailed her destroying a nest of newborn birds without cause, injuring the family dog, and torturing her brother in real life.

She has changed dramatically since threatening to kill her adoptive parents and sibling with a butcher knife. Thomas is now a registered nurse who works with children who have had similar problems as her.

When Thomas was a little girl, she was a victim of sexual abuse. When her mother died, she and her 7-month-old brother John were put in the care of her biological father.

Her father, on the other hand, instead of caring for his children, sexually abused her while neglecting John.

This went on for six months before doctors figured out what was going on and informed the authorities. Two children were taken into full custody by social services, and Jill and Rob Tyler adopted them a few months later.

The situation following the adoption appeared to be good at first, but issues arose soon after when her adoptive parents became aware of Thomas’ outbursts of anger and rage.

Her history of sexual and physical abuse of John was also revealed. Things became worse, and she pounded John’s head against the concrete and shoved him down a stairway at one point.

She also threatened to murder her adoptive parents and brother with a butcher knife while they were sleeping.

Dr. Ken Magid got Thomas to admit to trying to destroy her family and found her history when the Tylers sought professional treatment.

The doctor then took her away from her family and placed her in a private home managed by therapist Connell Watkins.

Thomas was able to bond with people and overcome her attachment issue after numerous sessions of holding therapy, or “hugging therapy” (now a very controversial practice since multiple patients who had it died).

The “child of rage” has evolved into a completely different person. Thomas is a registered nurse with a bachelor’s degree in nursing from the University of Colorado’s College of Nursing and Health Sciences.

She’s also collaborating with Nancy Thomas, her second adoptive mother, to teach people about parenting and how to support children with special needs.

Because of her own experience, the registered nurse travels across the country giving presentations and educating people about attachment issues.

She even wrote a book called “More Than A Thread Of Hope” to share her tale of hope and healing. She also received the Mountain West Nurse of the Year Award in 2010 for her services to child care.