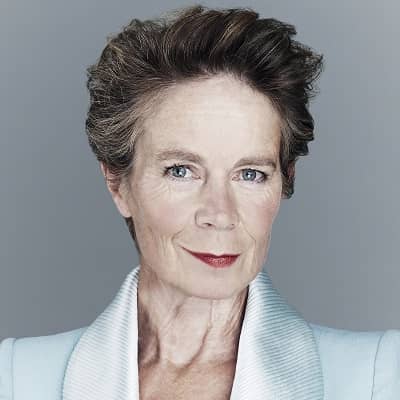 Who is Celia Imrie?

Celia Imrie is an author and actor from the United Kingdom. She is best known for her roles in Victoria Wood: As Seen on TV, the comic dinner ladies, and Acorn Antiques: The Musical, for which she won the 2006 Olivier Award for Best Performance in a One-Act Play.

Celia was born on July 15, 1952, in Guildford, Surrey, England, to Diana Elizabeth Blois and David Andrew Imrie. Her astrological sign is Cancer, and her ethnicity is Caucasian. She has been deafeningly silent about her past. Her father, who was born in Glasgow, Scotland, was a radiologist. Celia is the fourth of her parents’ five children.

No Commitments and Bleak Expectations on BBC Radio 4 have featured her. She narrated the novel Arabella for two weeks as the Book at Bedtime in early 2007.

She made an appearance on BBC Radio 4’s Desert Island Discs on February 13, 2011. In 2013, the University of Winchester awarded her an Honorary Doctorate.

Imrie learned that her mother’s grandpa was William, Lord Russell, a Whig politician beheaded for treason in 1683 after being found guilty of plotting against King Charles II, when she featured on the BBC genealogy show Who Do You Think You Are? in October 2012.

In May 2016, she made her American television debut in the DC action-adventure series Legends of Tomorrow. Since September 2016, she has played Phyllis in the FX series Better Things.

Imrie’s first UK Top 40 song was a cover of the ABBA classic “When I Kissed the Teacher,” which reached number 40 in August 2018 as part of the cast of the 2018 film Mamma Mia! Here We Go Again.

Celia Imrie’s Husband: Who Is He? Benjamin Whitrow, an English actor who has appeared in films such as Pride and Prejudice, Chicken Run, Bomber, and others, is her boyfriend. She and Benjamin were never officially engaged because she does not believe in the concept of marriage.

The couple’s first child, Angus Imrie, was born on August 2, 1994. Their son is also an actor, with roles in shows such as The Archers, Station Jim, and the upcoming film The Kid Who Would Be King.