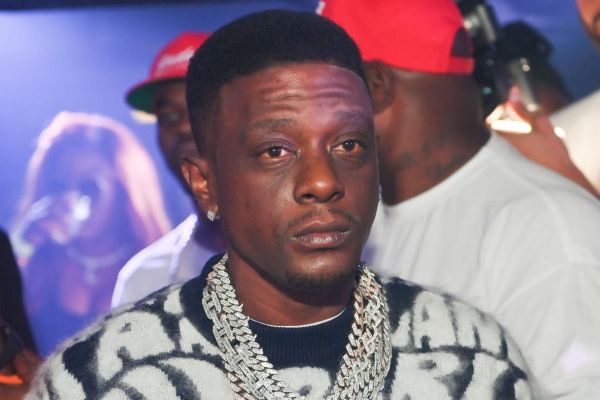 After serving six years in prison and being diagnosed with cancer, there is little that can go wrong in one’s life.

Boosie Badazz defied all odds; he defeated cancer and is now enjoying a thriving career in music alongside his everyday family, which includes children and grandchildren.

Conviction, a brother who cheated, and cancer

Boosie Badazz, the album For My Thugz’s lead singer, had a promising career as a rapper ahead of him when he was imprisoned in 2009 for marijuana and gun possession.

As a result, he pled guilty to drug laundering charges and served time in prison from 2009 to 2014.

However, his imprisonment altered his career, as he created countless compositions while incarcerated. While still imprisoned in January 2014, he was cited as saying:

On 5 March 2014, he was released early, and he immediately changed his stage name from Lil Boosie to Boosie Badazz. Regrettably, shortly after his release, Boosie became embroiled in another issue. He asserted that his bank account had been hacked and that approximately half a million dollars had been stolen from him.

The police apprehended the perpetrator, who turned out to be none other than Taquari Hatch, Boosie’s brother. The case was resolved without the filing of charges. Just when things were beginning to normalize, Boosie announced via an Instagram post in 2015 that he had been diagnosed with kidney cancer.

After a year-long struggle with cancer, multiple rounds of chemotherapy, a nephrectomy, and numerous drugs, Boosie announced his recovery.

Since then, the creator of the record label Bad Azz Music Syndicate has been busy touring various locations. He also collaborated with rapper C-Murder on the 2016 album Penitentiary Chances.

He was previously charged with a backdated 2002 murder; he was later cleared of the accusation in 2011.

Following his rehabilitation, despite being on tour for the majority of the time, he made an effort to spend as much time as possible with his family. In March 2018, Boosie shared a snapshot of his youngest daughter shopping at the Versace store.

Similarly, he has been photographed on numerous occasions while spending time with his five daughters and three sons.

Additionally, in March 2018, he shared an image of his grandparents celebrating their 70th wedding anniversary and taunted his grandfather about his grey hair.

Badazz is the father of eight children, four of which were born to four different moms, Walnita, Tracey, Trivia, and Gerlisa, whom he refers to as “baby mamas.”

It appears as though Boosie, born Torrence Hatch Jr., is experiencing a resurgence of ill luck.

On 8th April 2019, the rapper was detained in Georgia on firearms and drug-related allegations. Police pulled down his white Dodge Challenger for an investigation after it swerved lanes and nearly collided with another vehicle.

While inspecting the vehicle, the cop discovered a loaded handgun, marijuana, and a considerable sum of cash. After arresting the controversial artist, cops transported him to the Cowety County Jail.

Antonio Allen, Boosie’s bodyguard, was also arrested. Present in the vehicle with the rapper, he was arrested for 11 grams of marijuana and a loaded 9mm handgun concealed beneath his seat.

On 9th April 2019, the rapper was released after posting a $3500 bond in his favor. It was unclear whether his bodyguard was likewise unprotected. Boosie’s next court appearance has been set for Christmas Day 2019.

Baby Mama Writes a Book, and Boosie Is a Sucker for Forgiveness

Walnita Decuir, his alleged wife, wrote a novel, When Music Stops, in 2014 that was largely based on her story.

She described in the book how the protagonist Sherell Devore, who begins dating a rapper at the age of 14, becomes crushed when she discovers her beau has cheated on her.

Similarly, Boosie’s four baby mothers teamed up in the same year to launch a reality program chronicling their lives and their peculiar bond. Later that year, in an interview with DJ Vlad, Boosie expressed his admiration for ladies who forgive their boyfriends even after he cheats.

Tour With BOOPAC And Friends

Torrence Hatch, a.k.a. Boosie Badazz, was on tour in 2018 with his BOOPAC AND FRIENDS TOUR, promoting his latest album, Boopac, which was published in 2017.

Boosie has had multiple chart-topping singles over his illustrious career, including Mind of a Maniac. He is said to have amassed a net worth of $4 million to date.

Bossie is still going strong despite multiple setbacks in his life. His history has only strengthened him; his time in prison has made him a better musician and a better person in general.

He has exorcised all his demons and now faces a bright future.