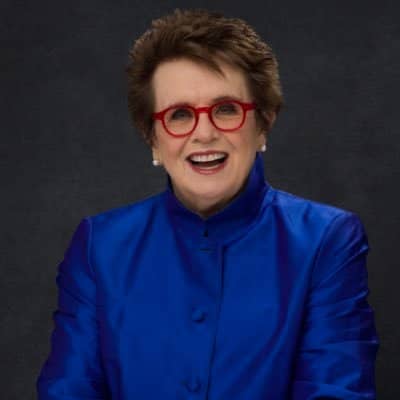 Billie Jean King was a well-known figure who was born on November 22, 194 and rose to become America’s former World No. 1 professional tennis player.

She is also a proponent of gender equality, having won the Battle of the Sexes tennis match in 1973 against the 55-year-old Bobby Riggs. When she won that match, she was just 29 years old. Many of her peers consider her to be one of the best female tennis players of all time. She was also inducted into the International Tennis Hall of Fame in 1987. She was also awarded the BBC Sports Personality of the Year Lifetime Achievement Award in 2018.

Despite a number of setbacks, she rose to prominence as a professional tennis player who is known around the world. Here are some of her quotes to inspire you:

“Everyone has people in their lives that are gay, lesbian or transgender or bisexual. They may not want to admit it, but I guarantee they know somebody.”― Billie Jean King

“Be bold. If you’re going to make an error, make a doozy, and don’t be afraid to hit the ball.”― Billie Jean King

“CHAMPIONS KEEP PLAYING UNTIL THEY GET IT RIGHT.”― BILLIE JEAN KING

“I think self-awareness is probably the most important thing towards being a champion.”― Billie Jean King

“Sports are a microcosm of society.”― Billie Jean King

I WANTED TO USE SPORTS FOR SOCIAL CHANGE.”― BILLIE JEAN KING

“Men can have a huge turnover of sponsorship and still survive a lot better than the women. But the women’s ratings are better, at least at home in the United States than in the men’s tennis.”― Billie Jean King

“THERE IS NO LIFE FOR GIRLS IN TEAM SPORTS PAST LITTLE LEAGUE. I GOT INTO TENNIS WHEN I REALIZED THIS, AND BECAUSE I THOUGHT GOLF WOULD BE TOO SLOW FOR ME, AND I WAS TOO SCARED TO SWIM.”― BILLIE JEAN KING

“Ever since that day when I was 11 years old, and I wasn’t allowed in a photo because I wasn’t wearing a tennis skirt, I knew that I wanted to change the sport.”― Billie Jean King

“In 1973, a woman could not get a credit card without her husband or father or a male signing off on it.”― Billie Jean King

“It’s fun to meet people from throughout the world who you don’t have to explain yourself to.”― Billie Jean King

“I used to be told if I talked about my sexuality in any way that we wouldn’t have a tennis tour.”― Billie Jean King

“I would just never out anybody. I think everyone has to find it in their own way and their own time.”― Billie Jean King

“They’re not put on earth to be martyrs; they have to want to come out. It depends on your culture, where you work, where you live. Each person’s circumstances are unique.”― Billie Jean King

“NO ONE CHANGES THE WORLD WHO ISN’T OBSESSED.”― BILLIE JEAN KING

“That is where the power, opportunity, and choice come from-when you have money. Money equals opportunity. There is no question.”― Billie Jean King

“I will tell you King’s First Law of Recognition: You never get it when you want it, and then when it comes, you get too much.”― Billie Jean King

“A girl didn’t get an athletic scholarship until the fall of 1972 for the very first time.”― Billie Jean King

“Any therapist will tell you that when you’re ready, you will come out. To be outed means you weren’t ready.”― Billie Jean King

“I didn’t really care if I had a coach that much, me personally, because I was brought up to think for myself.”― Billie Jean King

I ALWAYS LIKED CO-ED EVENTS BEST SO WE HAVE TWO MEN AND TWO WOMEN ON EACH TEAM.”― BILLIE JEAN KING

“I like putting money back into what made my life, and tennis has been great to me.”― Billie Jean King

“I love to promote our sport. I love grass-roots tennis. I love coaching. I love all parts of the sport. I love the business side.”― Billie Jean King

“I think younger players probably just think they are who they are-they don’t think about coming out. Unless you’re number one in the world, nobody cares, usually.”― Billie Jean King

“I was always in the tennis business-from 1968. I was in tournaments and also on World Team Tennis teams as well.”― Billie Jean King

“In the seventies we had to make it acceptable for people to accept girls and women as athletes. We had to make it okay for them to be active. Those were much scarier times for females in sports.”― Billie Jean King

“Women get the attention when we get into the men’s arena, and that’s sad.”― Billie Jean King

“When we reach the point where the women athletes are getting their pick of dates just as easily as the men athletes, then we’ve really and truly arrived. Parity at last!”― Billie Jean King 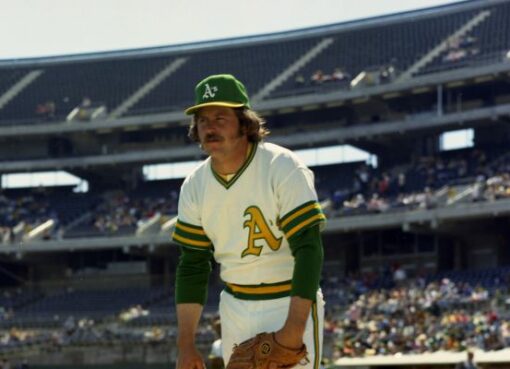 One of the professional baseball players known as Catfish's real name was James Augustus Hunter. Most people know him as Catfish Hunter. He was born on April 8, 1946, but died on September 9, 1999. He
Read More Muhammad Ali was a 56-time heavyweight boxing champion. He gained notoriety for taking a courageous public stand against the Vietnam War. He was a boxer, philanthropist, and social crusader who was wi
Read More 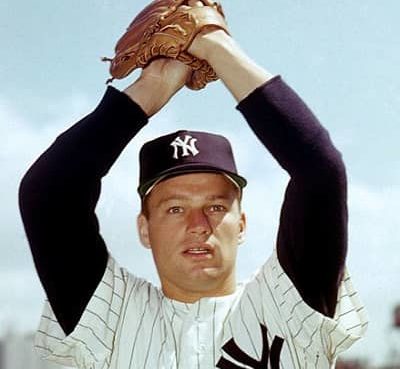 Jim Bouton’s Top Quotes That You Must Read!

Jim Bouton was a professional baseball player in the United States, but he is no longer with us. On March 8, 1939, he was born, but on July 10, 2019, he passed away. He pitched for the New York Yankee
Read More