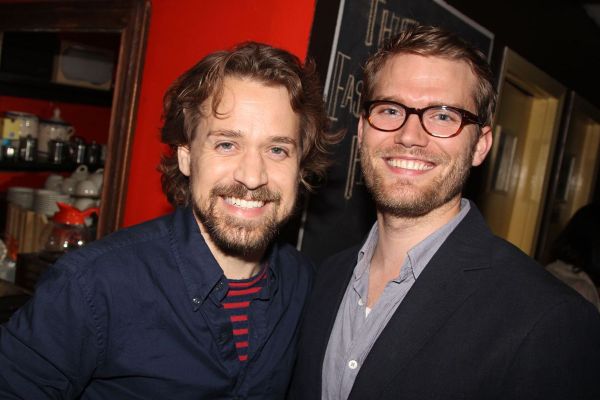 T.R. Knight suppressed his sexuality for a long time before being outed as gay in 2006 due to an unfortunate incident. He has, however, had an arguably better life after coming out of the closet.

His coming-out tale wasn’t as bad as it could have been. And he and his husband Patrick Leahy have been happily married for almost a decade.

The Story of T.R. Knight’s Coming Out

Grey’s Anatomy cast members Knight, Isaiah Washington, and Patrick Dempsey in 2006. They planned a late-night shoot for the show on October 9, 2006.

After Dempsey was late for the shoot, everyone, including Washington, had to wait for him. Dempsey’s actions were seen as disrespectful by Washington. This turned into a battle, with Washington physically threatening Dempsey, telling him not to speak to him like he treated Knight. He also used a homophobic slur to refer to Knight.

After other people interfered, the situation calmed down. However, the incident was leaked to the public, sparking allegations that Knight was gay. Because he had not come out to his family before then, this had a significant impact on his life. As a result, when the specifics of the incident became public, his family became aware of his sexuality.

After that, he thought it was necessary to discuss his perspective. As a result, on October 19, 2006, he publicly admitted to being gay to People magazine. He wanted to put an end to unfounded allegations about him by being open and honest about his sexual orientation. He did, however, reveal that he still prefers to keep his personal life private.

“While I like to keep my personal life private,” he stated in the statement, “I hope the fact that I’m gay isn’t the most interesting aspect of me.”

Following this event, Washington was sacked from the show. Despite the conditions, he did not believe it was difficult for him to come out.

“I’m happy that it wasn’t risky for me,” he stated in a March 2016 interview with HuffPost, while also acknowledging that it is “not easy” anyway and that some people have it worse than others due to persecution and ostracization.

He did, however, believe that it was preferable if everyone was loyal to themselves. He saw honesty with himself as a “strength,” and he believed the community would be stronger if everyone felt the same way.

Later in the same interview, Knight expressed his gratitude for being able to legally marry his husband, Leahy.

“It’s fantastic to be able to wear this and have it be legal,” he said, referring to his wedding band.

According to the Daily Mail, Knight and Leahy began dating in 2010 and made their relationship public the following year. The Grey’s Anatomy star then married his now-husband three years later. At his wedding, T.R. Knight was joined by his husband Patrick Leahy.

On October 4, 2013, they married in a quiet ceremony in Upstate New York. Only his closest family and friends, including his Grey’s Anatomy co-star Katherine Heigl and Kate Walsh, were in attendance. In 2021, they celebrated their eighth wedding anniversary. In a joyous tweet, Knight extended his gratitude to his friend Marylouise Burke, who conducted their wedding.

“Eight years of thanks for those who battled to make it possible, of hope for those who still don’t have the right… and we commemorate the memories of those who never got the chance,” he wrote in the post.