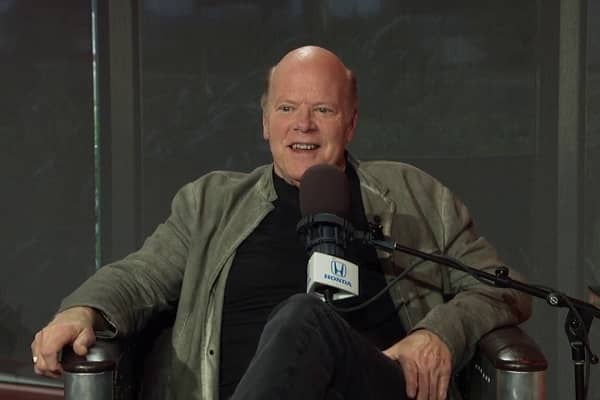 Rex Linn knew he wasn’t cut out for banking, so when his employer, Penn Square Bank, went bankrupt in 1982, he seized the opportunity to create something fresh.

He had always enjoyed movies and aspired to be an actor, and he decided to pursue his dream before regretting it in his 80s. E.K. Gaylord II, a longtime friend, helped him land his first acting role.

In the films Dark Before Dawn and Shadows on the Wall, he played a prominent role. Since then, he’s starred with famous actors like Kevin Costner, Tom Selleck, and Sylvester Stallone in a number of films. However, fans may recognize him as homicide detective Frank Tripp on the popular CBS drama CSI: Miami, which aired from 2002 to 2012.

Is Rex Linn married or unmarried?

Despite his celebrity and success, the actor keeps his personal life very secret. In 2010, he was said to be engaged to Renee Derese, a trauma unit nurse. The actor discussed his acting career and marriage in a 2010 piece for Oklahoma State University.

He said in the feature that he has everything he wanted in life except one thing: marriage. That will soon change. I traveled all the way to California in search of my Texas sweetheart, and the guys on the (CSI: Miami) set told me I’d found her. I am the luckiest man on the face of the earth.

Despite the lack of reporting of his marriage, the Los Angeles Times stated on November 10, 2010, that he and Derese had purchased a Sherman Oaks home for $1,415,000.

Linn’s divorce from his fiancée is unknown, but he recently made headlines for his connection with Reba McEntire, a country music legend.

During an episode of her Living & Learning podcast in October, McEntire revealed their relationship, telling listeners she was seeing a “sweetheart of a guy.” She mentioned that they were conversing during the pandemic.
Linn posted a photo of himself and McEntire at dinner in January on Instagram months before the news broke.

After meeting on the filming of Kenny Rogers’ film The Gambler in 1991, the two formed a friendship. Over the years, they stayed in touch with one other. McEntire was married to her then-manager, Narvel Blackstock, at the time.

After more than a decade and a half together, they divorced in 2015. The singer began dating Anthony “Skeeter” Lasuzzo, a retired oil geologist and amateur nature photographer, in 2017, however the relationship ended in late 2019.

Linn reconnected with McEntire, who later became his girlfriend, after the COVID-19 epidemic struck. Since announcing their love, the couple has shared a few pictures of their connection on social media.

In November of last year, the Breakdown actor and Tremors actress made their public debut as a pair at the Country Music Awards. Linn looks to be captivated with McEntire, and he may marry her.