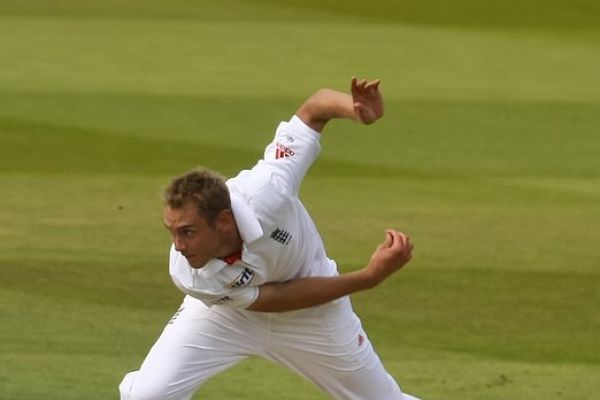 Are you familiar with some of the best bowling figures in Test Cricket in the twenty-first century?

The test match is the most difficult game format in cricket. It has the longest game time duration compared to Twenty-20 and one-day matches.

Similarly, a Test match is regarded as the pinnacle of cricket. The five-day game between two teams tests the players’ endurance and pushes them to their limits.

Some of the bowlers in Test cricket history have changed the tides of the game with their bowling in such a tough competition. As a result, we decided to look at some of the best bowling figures who have made a significant impact in the twenty-first century.

So, without further ado, let us get to the list.

The list was compiled using reliable internet sources such as Cricket.com.au. But, before we get into the list, take a look at the table below.

Harbhajan Singh, a former Indian cricketer, is the first bowling figure on our list. He is a spin specialist who has played for both the Indian Premier League (IPL) franchise team and the Indian national cricket team.

Singh began his playing career at the age of 15 in the Punjab Under-16 division. He advanced to the Under-19 division before making his first-class debut in late 1997.

Singh made his Test debut against Australia the following year, in 1998. However, during his early playing days, he was the subject of contentious investigations into the legality of his bowling.

Singh was allowed to make a comeback in 2001. In the following series, he took 32 wickets and became the first Indian bowler to take a hat-trick in Test cricket.

Despite controversies in his career, Singh is one of India’s best Test bowlers of the twenty-first century. In recognition of his contributions, he was awarded the Padma Shri, India’s fourth-highest civilian honor, in 2009.

Singh has announced his retirement from all forms of cricket as of 2021.

If you like cricket, you might want to know who has the most One-Day International (ODI) wickets. More information can be found by clicking here!

Glenn McGrath is widely regarded as one of Australia’s greatest international bowlers of all time. McGrath, now 52, was a fast-medium pace bowler who represented Australia for 14 years.

McGrath was a key contributor to Australia’s dominance of world cricket from the mid-1990s to the late-2000s. In 1992-93, he made his debut for the New South Wales cricket team.

The following year, he made his first Test debut against New Zealand in Perth. Throughout his playing career, McGrath was adept at maintaining an accurate line and length.

He was one of the most cost-effective and successful bowlers of his era. Similarly, he is the second most successful fast bowler in terms of total wickets and seventh in terms of ODI wickets.

McGrath played for the IPL franchise team Delhi DareDevils during his international career. However, his Test career ended after the 2007 Ashes Test in Sydney.

McGrath was inducted into the ICC Cricket Hall of Fame in 2013.

Shaun Pollock, who was born in South Africa’s Cape Province, is a former cricketer and captain in all game formats. Pollock, 49, is regarded as a true bowling all-rounder and one of the best fast bowlers.

He made his first Test debut against England in 1995-96, against the West Indies. He was a bowling all-rounder who held the record for most Test wickets for his country until Dale Steyn surpassed him in 2018.

He has played for international teams such as Durham Dynamos, Warwickshire, and Mumbai Indians in the Indian Premier Leagues, in addition to his home country team.

Pollock also served as the captain of his national team from 2000 to 2003. He did, however, retire from all forms of international cricket in 2008.

He was named Wisden Cricketer of the Year in 2003. Pollock was one of only six players to have scored 3000 runs and taken 300 wickets in Test matches when he announced his retirement.

Pollock is currently working as a commentator for supersport’s coverage of South African cricket. In 2021, he was inducted into the ICC Cricket Hall of Fame.

Shane Warne, a former Australian international cricketer, is the next bowling figure on our list. He is widely regarded as one of cricket’s greatest bowlers.

Warne held the record for the most test wickets taken by a bowler in Test cricket, with 708. In 2007, Muttiah Muralitharan broke the record. Similarly, he is the only player in history to have scored over 3,000 Test runs without scoring a century.

Warne has received numerous honors, including Wisden Cricketers Almanack in 1994 and Wisden Leading Cricketer in the World in 1997. Warne has also played for the IPL’s Rajasthan Royals and Chennai Super Kings.

Warne’s career has been marred by controversies and scandals. Then, in 2013, he announced his retirement from all forms of cricket. The same year, he was inducted into the ICC Cricket Hall of Fame.

In his home country, he made his Test debut against Australia in 1999. However, he was unable to make an immediate impact, and it was not until 2009 Test cricket that Heratha piqued the interest of the cricket nation.

Since then, the cricketer has established himself as one of the most successful left-arm bowlers in Test history. He is also the first left-arm spinner to take 400 Test wickets.

In 2016, Herath became the third Sri Lankan bowler to reach 300 wickets in Test cricket history. The same year, he became only the third bowler in history to record five-wicket hauls against Test-playing nations.

Herath surpassed Wasim Akram as the most successful left-arm bowler in Test cricket history in 2018. Similarly, during his 19-year Test cricket career, he set numerous records and received numerous awards.

Herath retired in 2018 and worked as a spin bowling consultant for the Bangladesh cricket team.

Dale Steyn is a former South African professional cricketer. Steyn, 39, is regarded as one of the greatest fast bowlers of all time, as well as the best Test bowler of his generation.

He made his first-class cricket debut for the Northerns in 2003. (later formed Titans merging with Easterns). However, his debut was underwhelming. However, he was able to follow that up with a string of strong performances.

As a result, Steyn made his first Test debut against England in 2004. In the same way, he was able to join the South Africa Test team.

Steyn dominated the ICC Test rankings at the height of his career. He was number one for 263 weeks between 2008 and 2014.

Anil Kumble comes in third on our list of the best bowling figures. He is widely regarded as one of the greatest leg-spinners in Test history.

Kumble grew up watching cricket and eventually began playing on the streets of his hometown. Finally, he made his first-class debut for Karnataka against Hyderabad in 1989.

He made his first Test match debut against England in 1990. Kumble quickly established himself as one of the best Test bowlers, earning the nickname “Jumbo” for his quick, accurate bowl deliveries and spinner.

Kumble is the fourth-highest wicket-taker of all time as of 2021. He took 619 wickets in Test cricket during his career. He had an 18-year international career.

He is currently the Head Coach and Director of Cricket Operations for the Punjab Kings of the Indian Premier League.

As we near the end of our list, the next bowling figure is James Anderson, an English international cricketer. He is a 40-year-old cricketer for Lancashire County Cricket Club and the England national team.

Anderson is well-known for his fast right-arm swing bowling. He began playing cricket at Burnley Cricket Club at a young age. By the age of 17, he had established himself as one of the Lancashire League’s fastest bowlers.

Anderson made his Test debut against Zimbabwe in 2003. He has appeared in over 160 Test matches since then.

Similarly, he is the first English bowler to have 400, 500, and 600 Test wickets. Similarly, he is England’s most capped player in Test cricket. As of 2021, he was ranked sixth in the ICC Test Bowling Rankings.

Women’s cricket has produced some talented female bowlers over the years. More information can be found by clicking here!

Muttiah Muralitharan, a former Sri Lankan cricketer, takes the top spot on our list. He is regarded as one of the greatest and most successful bowlers in international cricket history.

Muralitharan, who was born on April 17, 1972, began playing cricket in elementary school. He was chosen for Sri Lanka’s A tour of England in 1991. The following year, he made his Test debut against Australia.

Muralitharan is the only bowler with 800 Test wickets and over 530 ODI wickets. Similarly, in 214 Test matches, he held the top spot in the ICC player rankings for 1,711 days.

In 2007, he broke the record for most Test wickets. His international career, however, was hampered by his contentious bowling action. Fortunately, after biomechanical analysis, he was cleared by ICC twice in 1996 and 1999.

Muralitharan was named the greatest Test match bowler in 2002 by Wisden’s Cricketers’ Almanack. He was also the first Sri Lankan to be inducted into the ICC Cricket Hall of Fame.

In 2010, the legendary Sri Lankan bowler announced his retirement from Test cricket.

This brings us to the end of our list of the best bowling figures in Test Cricket in the twenty-first century. These players have stood firm in the most difficult format of cricket and come out on top.