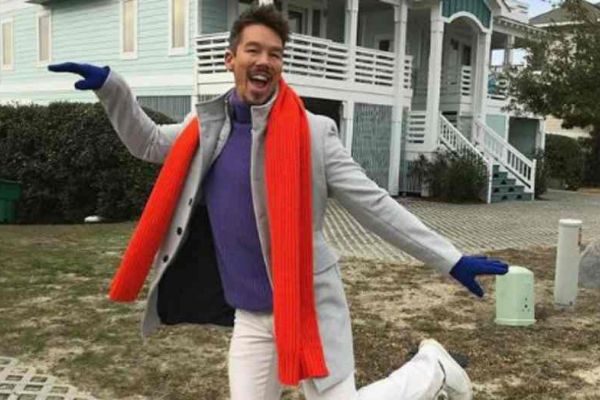 David Bromstad is well-known for hosting the HGTV Designer Star Show, of which he claims to be the first winner in its inaugural season.

He is currently working on several exterior and interior house ideas. When hosting the home improvement network, David keeps a welcoming demeanor.

In West Chester Township, Ohio, he also owns a brand of home furniture and accessories through the Home Shopping Network, HSN. Here are a few facts about David that you may not have known before.

1. David had worked as a Disney illustrator

This was a method for David to get to where he wanted to go because working for Disney had always been a dream of his. At the same time, after he learned about the design, he was set on a route that was destined to become his life’s path.

2. He eventually founded his own company and went on to design Bedrooms

The huge cartoon corporation, Disney, laid him off, and David established his own company, Bromstad Studio. He used it to create fantasy bedrooms for youngsters all around the United States. He says that designing children’s bedrooms is enjoyable because his imagination is not limited in such situations.

3. David has signed in HGTV has been on the air for nearly a decade

David made his first appearance on HGTV in 2006, after winning the HGTV Design Star competition in its inaugural season. He has since presented a number of designer shoes, including Color Splash, Beach Flip, and Bang for Your Buck.

Later, he expresses gratitude to HGTV for transforming his life from that of a struggling artist to that of a celebrity designer. He has managed to show the world his talent and claims he intends to enhance his career at the show.

4. David won an HGTV competition to host his own show

David defeated a group of other competitors by demonstrating his abilities, and he was outstanding enough to make it all the way to the end and finally come out on top. The awards he received were outstanding, but hosting his own show was a truly remarkable achievement.

David gets his inspiration and fans from reality shows, which is what keeps his job at Designer Star so exciting. He also enjoys living in the moment and competing with others. He has also hosted the Beach Flip, a show in which mature designers compete to refurbish a variety of beachside locations.

6. David’s net worth is currently believed to be approximately $2 million

David Bromstad’s net worth is projected to be over $2 million, and it is expected to rise in the following years as a result of his success in the sector. He presents a number of series, including On Design Star, Beach Flip, and Challenge 7 – Island Dreams, which have greatly added to his net worth. Furthermore, David is a contributor to an HGTV-owned weekly blog, which contributes to his earnings.

David hasn’t really concealed who he is, and he’s been upfront about his sexual orientation as a gay man. This is something that many people regard as outstanding and brave, but nowadays, despite the fact that some people continue to argue that it is, it is something that many more people accept without even raising an eyebrow. He is a gay man who is proud of his sexual orientation.

8. David has tattoos all over his body

David has several tattoos all over his body. LIMITED EDITION is etched on one of his tattoos on his chest. He has a penchant for pop art, which he draws inspiration from things that surround him, such as travels, friends, cuisine, and nature.

9. David’s long-term business partner launched a lawsuit against him

His ex-boyfriend, Jeffrey Glasko, was attempting to accuse him of using their joint money for unlawful purposes, but David came clean, while Jeffrey was discredited and vanished from the headlines.

David defines himself as a pretender who enjoys flaunting his body wherever he goes. His network sees no sense in it, he claims, until it decides to stop this practice and he is forced to wear clothing to work. David has posted a number of images on social media, particularly on his Facebook and Instagram accounts while working out at the gym.